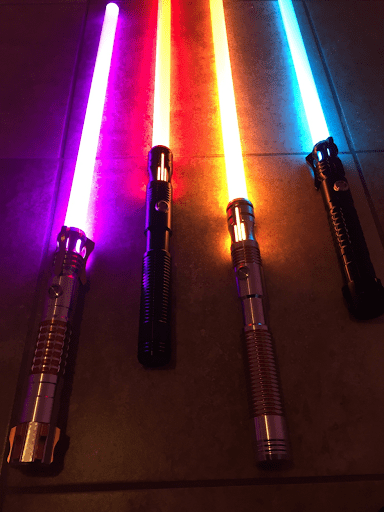 When you think of Obi-Wan Kenobi, what comes immediately to mind? The answer to that depends on who is being asked, and which Star Wars movie they’ve seen most recently, but it’s likely that the average fan thinks of the wise and wizened Kenobi of A New Hope. That version of Kenobi played a vital role in molding young Luke Skywalker into the ferocious wielder of the green lightsaber seen in the Galactic Civil War.

But, of course, there is another side to Obi-Wan, which we witnessed in the prequel trilogy: the fierce Jedi warrior. This is the Obi-Wan who went head to head against Darth Maul’s double-bladed red lightsaber and emerged victoriously, who vanquished Anakin Skywalker in the famed Duel on Mustafar. Let’s explore these two momentous occasions with a discerning eye on the moves and tactics that Obi-Wan utilized to defeat his opponent in each case.

Obi-Wan was still a Jedi Padawan when he took on Darth Maul, in one of the more fabled contests in the Star Wars mythos. His triumph here, against a far more experienced foe, led directly to his ascension to the rank of Jedi Knight.

Engaging Darth Maul in battle only moments after the latter used his double-bladed saber to skewer Qui-Gon, the young Padawan Obi-Wan gave his all in a tough battle, only to be knocked by a Force push into a seemingly bottomless shaft where he hung for dear life from a protrusion along the wall. Adding insult to injury, Darth Maul contemptuously kicked Obi-Wan’s dropped lightsaber into the shaft and proceeded to taunt him from the rim of the platform above.

What happened next had less to do with lightsaber skill per se than the judicious use of the Force. Obi-Wan performed two Force-powered actions simultaneously: (1) Mentally pulling the fallen Qui-Gon’s lightsaber toward him and (2) performing a flip in the air and over Darth Maul’s head. Suddenly positioned behind his enemy, and with a borrowed lightsaber in hand, Obi-Wan literally split Darth Maul in two along the waist, sending both halves plummeting down the shaft. Yikes.

Above all, it’s a lesson in the dangers of cockiness. Darth Maul had just used the Force to obtain an advantage over Obi-Wan but was completely unprepared when his opponent did the same.

Duel on Mustafar: Anakin Vs. Obi-Wan

The events that led up to the famed Duel on Mustafar between Obi-Wan and his former apprentice Anakin Skywalker have been recounted and thoroughly examined many times, so we’ll just look at the duel itself.

After a long give-and-take duel on a river of lava, Obi-Wan leaped onto the adjoining bank and declared victory with the words “I have the high ground!” Anakin insolently refused to concede and—ignoring Obi-Wan’s warning, “Don’t try it”—launched into a mighty leap and mid-air spin very similar to the over-the-head jump that Kenobi himself had used to defeat Darth Maul. But Obi-Wan was ready. By the time Anakin had landed on the ground, his legs and left arm had been neatly sliced off.

Anakin may have had the right idea with his leaping attack, which, properly executed, would have allowed him to claim the high ground for himself, but he lacked the important element of surprise. Obi-Wan had performed the same move himself in the past. He knew the trick well.

Obi-Wan’s lightsaber strike described here is known as “mou kei”—cutting off multiple limbs at one time—and in general, its use is discouraged by the Jedi. It’s not hard to see why, as mou kei is a rather grisly maneuver that has something of the dark side about it. That may be why Obi-Wan tried to warn Anakin away from attempting his leap—Kenobi knew what was coming, and that it wouldn’t lead to a desirable outcome for either of them.

There’s no doubt that it can be fun and even educational to analyze lightsaber battles in Star Wars history, and if that’s your thing, we invite you to come on over to our official forum at SaberForum.com to discuss this topic and others with like-minded fans. And if you have questions about our constantly growing inventory of lightsabers and accessories, don’t hesitate to contact us.