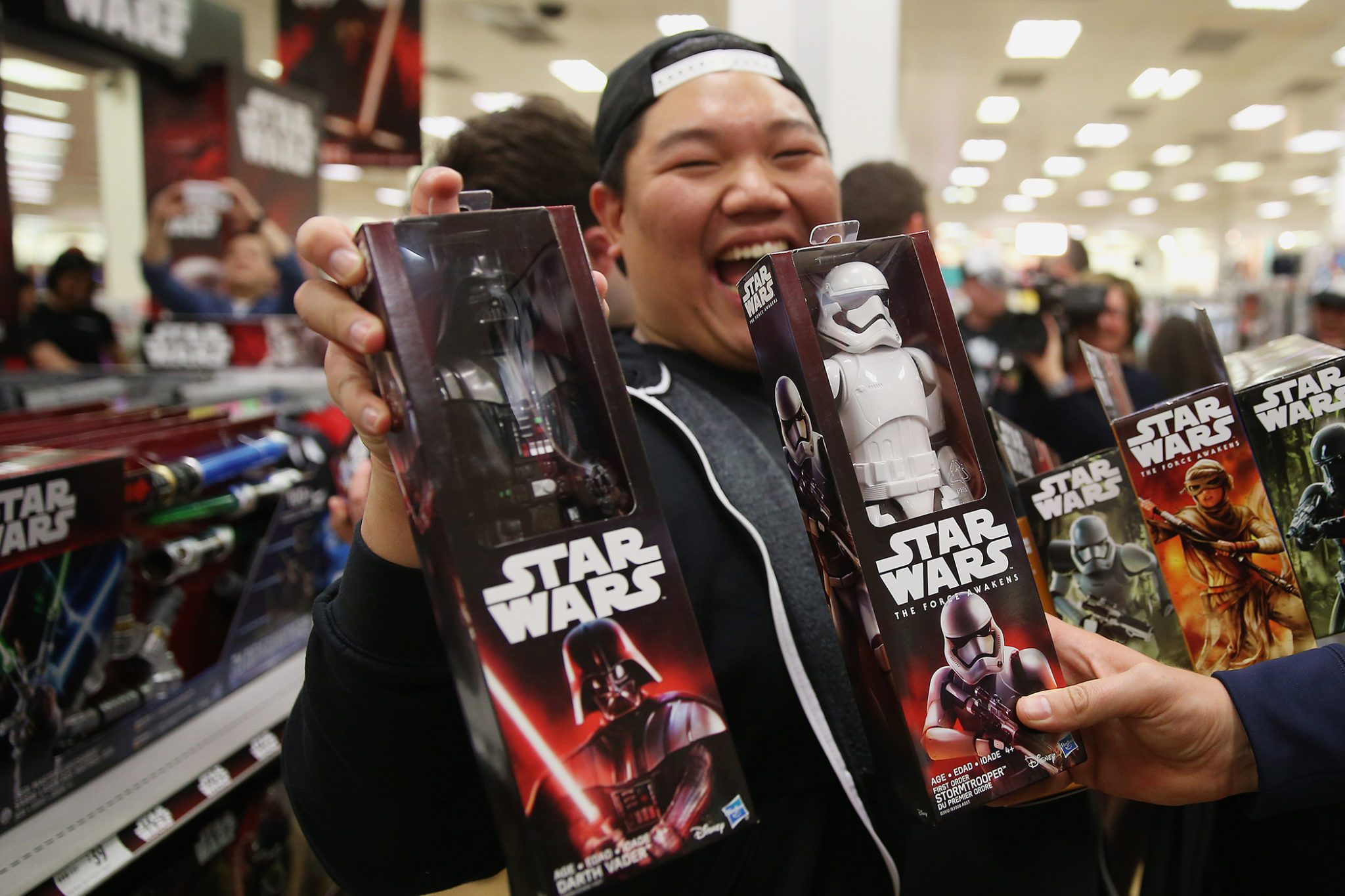 The Force Friday has Awakened…

For the second year in a row, it looks like Green Day isn’t the only thing waking up when September ends… The retail world was taken by storm for the second (annual?) Force Friday as stores all around the world unleashed & unveiled the latest in the lineup of collectible Star Wars toys and goodies.

As if holding bold new heroes and villains in your hands wasn’t enough to get you excited, the team at Disney kicked down the doors and issued the Go Rogue challenge, calling all Star Wars SuperFans to create a two minute movie using a cast of latest and greatest toys in the Star Wars lineup. To get things started, Disney hand-picked a trio of contestants who were given access to all the latest and greatest from the plastic galaxy far, far away, with the exception of the Dark Lord of The Sith himself; Darth Vader. Winning videos will be given the chance to have their film roll before Rogue 1 during its release event at LucasFilm in California! Don’t forget to tag #GoRouge to your social posts showing off your new loot!