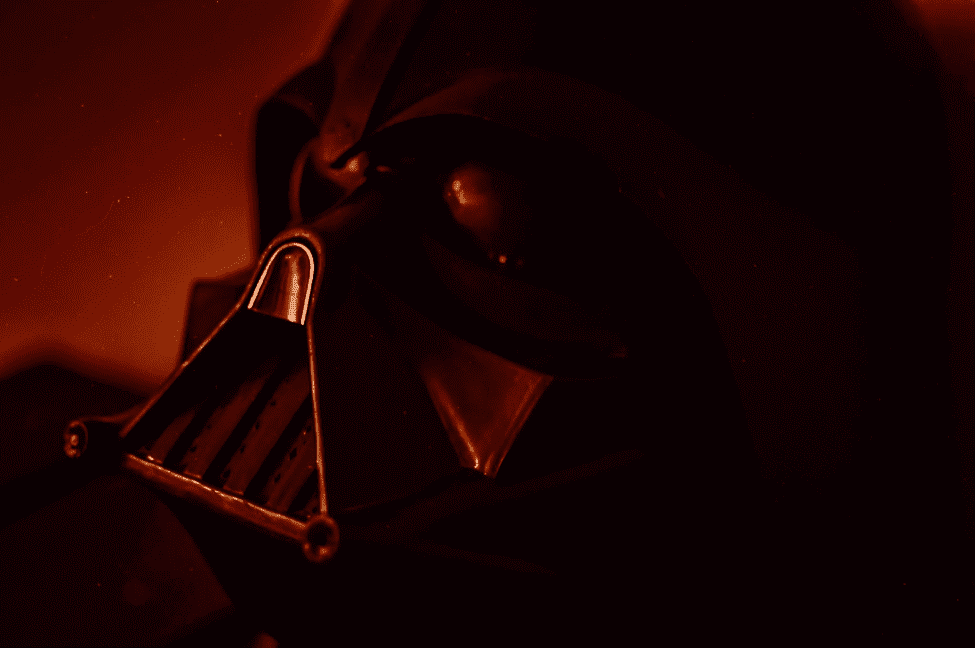 You could make a very convincing argument that Darth Vader is the most famous villain in the history of cinema. His compelling screen presence is largely a function of his ominous jet-black uniform, intimidatingly commanding voice, and general aura of menace. However, the complexity of his character plays into his enduring popularity as well.

Darth Vader is far from a one-dimensional “bad guy”—he has a past that is studded with many twists and turns, victories and defeats. Over the course of the Star Wars saga, the various layers of his past were exposed. It was revealed that he began life as Anakin Skywalker, the Chosen One of Jedi prophecy, and then fell to the dark side.

Exactly how this transition occurred is one of the most fascinating aspects of Star Wars history, and it is a story every fan should familiarize themselves with.

Anakin Skywalker was still a child when he was identified by Qui-Gon Jinn as the Chosen One of Jedi prophecy. Although the Jedi High Council was initially reluctant to admit him for formal training, Skywalker’s impressive achievements during the Battle of Naboo later earned him a place in the Order as Obi-Wan Kenobi’s apprentice.

It was during this period of his life when Skywalker, at around age 12, constructed his first lightsaber, which had the standard blue blade of the Jedi. The single-bladed saber was made from a metal alloy with a carbon hilt. Upon seeing the brand-new lightsaber, Obi-Wan told his Padawan, “Anakin, this weapon is your life.”

Obi-Wan’s words did not prevent Anakin from losing his first lightsaber, however. Anakin’s saber was crushed beyond restoration during a skirmish in the Geonosian droid factories just before the Clone Wars. When the First Battle of Geonosis kicked off the Clone Wars shortly afterward, Anakin was compelled to find a new saber.

In the early stages of the Clone Wars, Anakin used a green saber that was given to him by Nicanas Tassu. He went on to utilize this saber in a duel against Count Dooku, but it was destroyed during that encounter. This led Anakin to create a saber that he could call his own.

It is uncertain precisely when Anakin constructed his second lightsaber, but it probably happened not long before the Battle of Christophsis. As Jedi General, he utilized his new lightsaber to liberate the planet from the Separatist Droid Army during that famous conflict. Anakin had this lightsaber in his grip as he fought numerous legendary opponents, including Asajj Ventress, Barriss Offee, and Dooku, over the course of the Clone Wars.

Anakin’s second lightsaber, like his first, had a blue blade. It resembled his previous saber in many respects, but had a few improvements, such as a black grip and several buttons that enabled on-the-spot blade adjustments. The hilt was 28 centimeters long.

As the Clone Wars drew to a close, Anakin found himself increasingly unable to manage the negative emotions within him. He had always shown indications that the Jedi way did not come easily to him—he was proud, volatile, ruled by his baser emotions. These tendencies finally caused him to fall to the dark side.

Now assuming the title of Darth Vader—bestowed upon him by Sith Master Darth Sidious—Anakin went on to slaughter many of his former allies in the Attack on the Jedi Temple. Anakin deployed his blue lightsaber during this attack, marking one of the rare occasions when a Jedi saber was used to kill Jedi.

Anakin still carried his blue Jedi lightsaber when he faced off against his former master, Obi-Wan, in the Duel on Mustafar. Anakin was badly maimed during this confrontation, and Obi-Wan took possession of the lightsaber that had slaughtered so many Jedi Knights.

This lightsaber is the most famous in all of Star Wars lore. It eventually found its way into the hands of Luke Skywalker and, later, Rey. In the epochal Duel on Cloud City, Anakin found himself in the highly unusual position of fending off blows delivered by his old lightsaber, now wielded by his son, Luke.

Now securely ensconced in his role as Sith Lord, Anakin was ordered by Darth Sidious to murder a Jedi in order to steal their kyber crystal. Anakin traveled to the river moon Al’doleem to do just that, slaying Jedi Master Kirak Infil’a and confiscating his lightsaber. This was a curved-hilt saber with a green blade. From there, Anakin went to Mustafar to bleed the kyber crystal and turn it Sith red.

However, Anakin would lose his saber when it was destroyed during an assassination attempt on the planet Cabarria. He managed to salvage his kyber crystal, though, and use it to build his fourth lightsaber.

Anakin’s final lightsaber shared many of the design characteristics of his previous ones. It differed from them, however, in being a dual-phase saber—that is, it contained two kyber crystals, which enabled the user to control the length of the blade.

This is the lightsaber that Anakin wielded in the Duel on Malachor against Ahsoka Tano, Ezra Bridger, and Kanan Jarrus; the Duel on the Death Star against Obi-Wan Kenobi; and the Duel on Cloud City against Luke Skywalker.

The final appearance of this lightsaber occurred during the Battle of Endor, when a rematch with Luke resulted in the severing of Anakin’s saber hand. That confrontation concluded with Anakin finally casting aside the mantle of Darth Vader and reclaiming his birth identity of Anakin Skywalker—thereby fulfilling the prophecy of the Chosen One.

Star Wars history is rich and fascinating. Anyone who is eager to learn about the topic should head over to SaberForum.com for informed discussions on many aspects of Star Wars lore. You should also explore Ultrasabers.com for the finest battle-ready lightsabers in our universe. Feel free to contact Ultrasabers with your questions about their products.

The Latest on the Obi-Wan Kenobi Series: What You Need to Know

Star Wars fans are a famously argumentative bunch, fond of debating endlessly about the relative merits of Episodes One through Nine and speculating about the proper “direction” the franchise should take. But there’s at least one thing that fandom tends to agree on: They want to see more of Obi-Wan Kenobi and his legendary single-bladed […]