With his colorful, sarcastic personality, as well as that distinctive yellow stripe running horizontally across his face, Quinlan Vos has become one of the most vivid personages to emerge in the Star Wars universe in recent years. But many fans do not realize how long they’ve really been familiar with him.

His first appearance on the scene, although quite brief, actually occurred during the saga revealed to fans in The Phantom Menace. After Qui-Gon Jinn and his Padawan, Obi-Wan Kenobi, visit the desert planet Tatooine to repair the Naboo Royal Starship, Vos can be glimpsed, seemingly an innocent bystander, as Jinn meets a young Anakin Skywalker.

Quinlan Vos would eventually prove to be much more than merely a bystander. A Jedi Master, he was revealed to have played a significant part in the Clone Wars, and was known to be still active at the time of the Great Jedi Purge. This event, which led to the near-total extermination of the Jedi, came about when Supreme Chancellor Palpatine enacted Order 66, which instantly caused the entirety of the Republic’s clone army to turn against their leaders.

Most Jedi perished in the Purge, but more than a few managed to survive. Was Quinlan Vos among those Jedi who escaped death? The answer was unclear for quite some time, but it is known that, in the aftermath of Order 66, the Galactic Empire suspected that he had gotten safely away. The legendary Luke Skywalker himself believed that Vos survived the Purge.

Were they correct? Keep reading for more revelations about the life of Jedi Master Quinlan Vos.

A Brief History of Quinlan Vos

Originally from the planet Kiffu, Quinlan Vos became a member of the Jedi Order early in life, and was apprenticed to Jedi Master Tholme. Vos’ rebellious streak was evident even in these days; he was a notorious bender and breaker of rules, although ultimately he remained dedicated to the Jedi way.

Vos’ enormous natural talents were readily apparent as well—and the most notable of these was his skill with retrocognition, also known as psychometry, Sense Echo, or Force Echo. This is an uncommon Force power that enables an individual to learn about a place or a person by simply touching an object associated with them. His retrocognition abilities made Vos immensely valuable to the Jedi Order as a tracker in a law enforcement capacity.

Quinlan Vos During the Clone Wars

Vos was a major player in the Clone Wars; his duties during this era included a failed mission, alongside Obi-Wan Kenobi, to capture the fugitive Ziro the Hutt. A later mission proved to be far more consequential for Vos: a secret assignment devised by the Jedi Council to assassinate Count Dooku. Vos teamed up with the bounty hunter Asajj Ventress to achieve this goal. As they hunted Dooku over a period of months, Vos fell in love with Ventress.

However, their mission hit a huge snag: Vos was captured by Dooku, who managed to turn the Jedi Master to the dark side of the Force. Renamed Admiral Enigma, Vos became an apprentice to Dooku and the enemy of the Jedi Order—but not for long. Asajj Ventress managed to save Vos from succumbing forever to the dark side, at the cost of her own life, and he eventually was able to rejoin the Jedi Order at the behest of Kenobi. 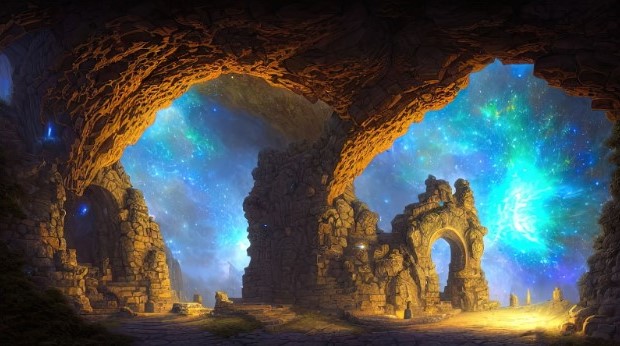 What Happened to Quinlan Vos After Order 66

Vos, in the capacity of Jedi General, was fighting in the Battle of Kashyyyk when the fatal Order 66 was enacted. This immediately caused Clone Commander Faie to betray the Jedi and, with help from his troopers, attempt to hunt down Vos and Yoda. But Vos managed to kill the traitorous Faie first.

Vos soon realized that he wasn’t in the clear yet—Palpatine and his followers were intent on killing off every single Jedi in the galaxy. So the Jedi Master fled to parts unknown, in tandem with his lover, Khaleen Hentz.

Following the tumultuous events of Order 66, reports were mixed as to whether Vos had survived the Purge. The Galactic Empire, however, believed that Vos was still alive, and ordered the Inquisitorius to find the elusive Jedi Master.

The Empire was correct—Vos was alive, although his exact whereabouts remained a mystery for a long time. A tell-tale clue to his fate eventually surfaced when Obi-Wan Kenobi, himself a survivor of Order 66, came to a safehouse on Mapuzo that was part of a secret network of hideouts known as the Hidden Path (or more simply “the Path”). This underground network was set up to provide shelter and new identities to Jedi and other Force-sensitive individuals who were fleeing from the wrath of the Galactic Empire.

At the Mapuzo safehouse, Kenobi learned the names of several Jedi who were secretly part of the Hidden Path—including Quinlan Vos. Although it is not known precisely when Vos joined the Path, his involvement with the cause—as well as his success in escaping the Great Jedi Purge—is not under doubt.

If you’d like to own a battle-ready lightsaber for your private use, be sure to check out the huge product inventory available at UltraSabers.com.