The infamous Order 66. Star Wars fans know it as the beginning of the end for the Jedi Order, the start of the Great Jedi Purge, the dawn of the Galactic Empire and the end of the Clone Wars. Order 66 claimed the lives of many, many Jedi — from Jedi Masters and Jedi Knights to Padawans and Younglings. But what was Order 66 exactly? And who were the Order 66 survivors? We’ll answer these questions and more while diving into some of the most notable Jedi who survived Order 66.

In the universe of Star Wars, Order 66 was the order given to all the clone troopers of the Grand Army of the Republic, which called for executing all Jedi for being traitors to the Galactic Republic. Order 66 was a complete secret, the true intent of which was known only to Chancellor Sheev Palpatine (working in secret as the Sith Lord Darth Sidious) and his co-conspirator Count Dooku. It was the beginning of the “Great Jedi Purge” intended to wipe out the Jedi Order and institute the reign of the Sith.

To concoct Order 66, Dooku had the cloners on Kamino implant all of the clones with a behavioral modification biochip that could activate what they knew as “Clone Protocol 66” via voice command.

The Kaminoans believed that this was only a failsafe to be used in case of emergency against rogue Jedi. However, Palpatine was able to frame the Jedi for treason in the eyes of the public once several Jedi Masters (at the behest of Mace Windu) intended to arrest him after learning of his status as a Sith Lord. Thus, the door was opened for Palpatine to say, “Execute Order 66,” activating the biochip in the clone troopers which removed their ability to think freely, leaving only fierce loyalty to Palpatine and a desire to execute the “traitorous” Jedi. Though largely successful, there are some known Order 66 survivors in Star Wars canon.

The first Order 66 scene appears in Star Wars: Episode III — Revenge of The Sith, though substantial context and background are offered in the TV series The Clone Wars. Order 66 was revealed to have been prematurely activated in The Clone Wars timeline due to a malfunctioning chip in the clone trooper “Tup” who then killed Jedi Master Tiplar. Tup’s friend and fellow clone “Fives” investigated and nearly uncovered the plot of Order 66, but Palpatine framed Fives, and he was eliminated by the Coruscant Guard before he could prove its existence to Anakin Skywalker and Clone Captain Rex.

As mentioned, there were Order 66 survivors, including a few of the most important characters in Star Wars lore. While not an exhaustive list, the following are confirmed Jedi who survived Order 66 in current canon:

While this might seem like a lot, keep in mind that thousands of Jedi perished as a result of Order 66. Even if more are revealed to have survived, the number will always be comparatively low. Also, we’re sticking to canon in our discussion of Order 66 survivors. Legends had a different list of which Jedi survived Order 66, though some were obviously the same, like Obi-Wan and Yoda.

How Many Jedi Survived Order 66 (Canon)?

It’s impossible to know all Jedi that survived Order 66. We can only approximate how many Jedi survived Order 66 in canon at any given time. The pulp adventure nature of Star Wars storytelling means that more Jedi survivors could always be revealed.

The Top 10 Jedi Who Survived Order 66

While all Order 66 survivors have stories to tell, there are some whose importance to Star Wars canon is indisputable. Here’s our list of the top 10 Jedi who survived Order 66:

Right after defeating General Grievous, Obi-Wan Kenobi (at this point having ascended to the rank of Jedi Master and sitting on the Jedi Council) was targeted by clone troopers who had just received Order 66. He was shot off a varactyl while on a cliff, and the clones assumed he died as he descended into water.

But being the great Jedi that he was, Obi-Wan escaped. With the help of Bail Organa, he was able to meet with Master Yoda at the Jedi Temple on Coruscant and broadcast a warning to all Jedi who survived Order 66 at that point, telling them not to come to Coruscant. Unfortunately, many had already fallen.

After dueling Anakin Skywalker (who had become Darth Vader) on Mustafar and leaving him for dead after getting the high ground, Obi-Wan fled to Tatooine, where he would live in exile, hiding from The Inquisitorius and watching over Vader’s son, Luke Skywalker, and waiting for A New Hope to come. We’ll find out more about his time there in the upcoming Obi-Wan Kenobi series on Disney+, which takes place between Episode III and Episode IV. 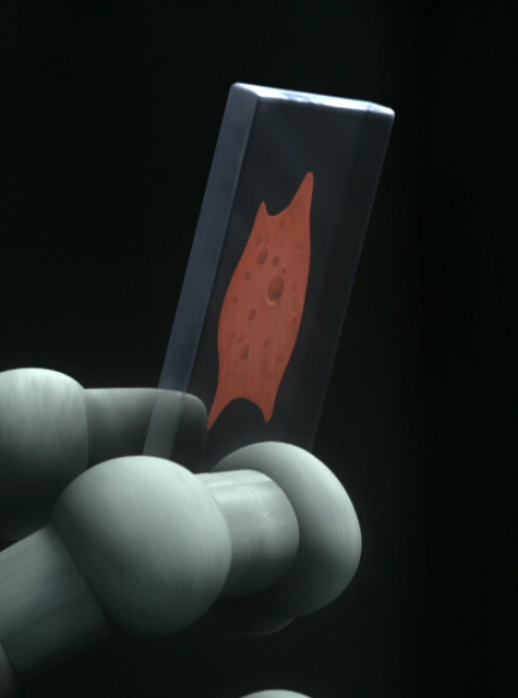 Never judge him by his size, should you. Jedi Master Yoda is another of the most important Order 66 survivors. While helping the Wookiees on Kashyyyk during the Clone Wars, Order 66 was executed. Luckily, Yoda sensed the threat of the clones who were poised to shoot him in the back and was able to take them out.

He helped Obi-Wan at the Jedi Temple on Coruscant before escaping. He stayed in solitary exile on the swampy planet Dagobah until being visited by Luke (as seen in Episode V — The Empire Strikes Back), who he trained to become a Jedi Knight.

Perhaps one of Star Wars’ most compelling characters (especially outside of the films), Ahsoka Tano is also one of the most important characters to have survived Order 66 — although, technically, she was not a Jedi when the order was executed. That didn’t save her from being targeted.

Ahsoka was on a Republic starship when Order 66 was given, and the clone troopers there with her attempted to eliminate her. She was able to remove the biochip of clone Captain Rex — and both faked their deaths and went into hiding. We meet back up with Ahsoka in The Mandalorian and will soon see more of her story in the Ahsoka TV spinoff.

Padawan Caleb Dume was on a mission with his master, Depa Billaba, and Clone Force 99 (aka “The Bad Batch” — more on them later) when Order 66 went into effect. Due to Depa Billaba’s efforts, some creative lies from The Bad Batch’s Hunter and later intervention by the reformed clone “Grey,” Caleb was able to get away.

Changing his name to Kanan Jarrus and becoming a Jedi Knight in his own right, we meet up with him in Star Wars: Rebels, where he helps to ignite the Rebellion.

Also seen in Star Wars: Rebels (and soon to appear in live-action in Obi-Wan Kenobi), The Grand Inquisitor was actually a Jedi Temple Guard at the time of Order 66. After becoming frustrated with the Jedi Order, he gave in to the Dark Side and ended up leading the Inquisitorius — the group the Empire tasked with continuing the Great Jedi Purge and slaughtering any remaining Jedi who survived Order 66.

The other members of the Inquisitorius were also Jedi who had fallen to the Dark Side after surviving Order 66, including the otherwise unnamed Seventh Sister. Another antagonist in Star Wars: Rebels, The Seventh Sister was crucial in carrying out the orders of The Grand Inquisitor, particularly in hunting down Ahsoka Tano.

Another nameless fallen Jedi who survived Order 66 became known as The Fifth Brother. While there are other important members of the Inquisitorius (including the Second Sister Trilla Suduri from Star Wars Jedi: Fallen Order), the iconic Seventh Sister and Fifth Brother earned their spots on this list due to the menace they brought to Star Wars: Rebels.

Cal Kestis, the protagonist of Jedi: Fallen Order, was a Padawan who was saved by the sacrifice of his master, Jaro Topal, allowing him to escape. He meets up with Cere Junda, another Order 66 survivor and the former master of Trilla Suduri, who saves him from the Inquisitors.

After surviving Order 66, Jedi Master Luminara Unduli is captured by the Grand Inquisitor, who tortures and murders her. However, the Empire started rumors of her being alive (and kept her remains) as a way to lure out other Order 66 survivors.

The humble librarian of the archives in the Jedi Temple on Coruscant was also one of the Jedi who survived Order 66. She was able to go into hiding and wanted to use her knowledge to train a new Jedi Order, but The Grand Inquisitor and Darth Vader found her and slaughtered her.

Who Fell During Order 66?

Many, many Jedi were executed as a result of Order 66. Thousands. It’s impossible to name them all, but victims include prominent members of the Jedi Council, like Ki-Adi-Mundi and Plo Koon. The Great Jedi Purge that came about was largely successful.

One could argue that the greatest victim of Order 66 was the galaxy itself. With the Jedi Council (despite its many shortcomings) no longer there to keep peace, the Republic fell, and the Sith-controlled Empire was able to take hold (with thunderous applause), instituting an oppressive regime. Through wartime machinations, Palpatine was able to centralize his authority and declare himself Emperor of the new Galactic Empire, completing the ultimate goal of Order 66 — reinstating Sith rule. 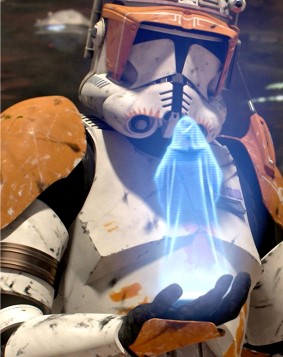 Did Any Younglings Survive Order 66?

Yes, a few Younglings are known to have survived Order 66, including an unnamed Rodian seen in Jedi: Fallen Order. The most famous Youngling survivor is “The Child,” Grogu. Order 66 claimed the lives of many Younglings, though, many of whom died at the hands of Anakin Skywalker (who had by that point become Darth Vader).

Were There Any Clones That Disobeyed Order 66?

Yes, the clones of Clone Force 99 (“The Bad Batch”) were able to disobey Order 66 because of their genetic mutations which caused their biochips to malfunction or have less of an effect, the exception being the clone known as “Crosshair.” Another clone who disobeyed was Captain Rex, who had his biochip removed by Ahsoka Tano and eventually joined the Rebel Alliance.

What Happened to the Clones After Order 66?

The clone troopers who survived the war (which ended shortly after Order 66 was executed) became the first round of Imperial stormtroopers, enforcing the Emperor’s will over the new Galactic Empire and snuffing out anything that threatened his dominance. These clones became fully obedient because of their biochips, largely losing their independence and free will.

Eventually, clone production on Kamino ended and the clones were phased out of the Imperial Military in favor of con scripts and recruits. Some clones eventually regained their sense of self and felt guilt over their actions, particularly “Grey,” who sacrificed himself to save Caleb Dume and Captain Rex.

Order 66 Survivors Can Find Their Civilized Weapons at UltraSabers

If you envision yourself as one of the Jedi who survived Order 66, you need to protect yourself from the Inquisitors. UltraSabers can help. Create your lightsaber in our shop today!