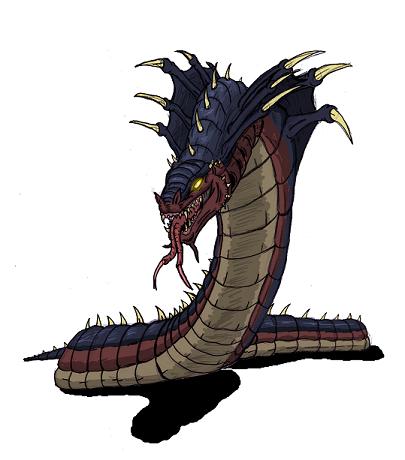 Lightsabers are among the most powerful weapons in the galaxy and have been known to penetrate nearly every known substance.  Jedi Masters and Sith Lords had taken notice, and brandish them as their weapon of choice. Despite all their power, materials exist that are resistant to the power of lightsabers.  If you ever find yourself in a duel against a lightsaber, use these substances to defeat your enemy!

These are genetically engineered serpentine creatures native to the Yuuzhan Vong planet.  These creatures grew in trios from leathery polyps, reached lengths of 2 to 3 meters long, and were cunning predators. When a Yuuzhan Vong warrior would capture the amphistaff, the two became bound together.  Once bonded, the amphistaff would loyally serve its new master in battle. Hand motions from the warrior coaxed the amphistaff to either harden or become pliable, taking on three distinct forms: a quarterstaff, a spear, or a whip.  Amphistaff’s are some of the most durable known objects and were impenetrable to lightsabers. As a hardened staff, it would be unfazed and absorb a lightsaber blow and possessed the ability to wind around a lightsaber blade unharmed and attack the Jedi or Sith’s face with venomous jaws.

This rare, brittle, and fibrous material possessed conductive properties which caused lightsabers to temporarily become disabled when coming into contact.  Although a lightsaber could cut through cortosis after repeated strikes, it served as a useful material for anti-lightsaber melee attacks. This ore was used extensively in shadowtrooper armor, the C-B3 cortosis battle droids during the Clone Wars, and the Force-sensitive grup known as the Jensaarai.  Cortosis had to be mined, and has been known to kill anyone who touched it with bare skin.

This blade was constructed from native creatures of the planet Felucia.  These creatures grew trace amounts of Force-reactive crystals in their bones which made them lightsaber resistant.  These weapons were often used by Felucian Warriors, who were a short reptilian species that inhabited Felucia during the Clone Wars.

Known by its Mando’a name of beskar, is an extremely durable iron ore which could be found on the Outer Rim of the planet Mandalore, and the moon that orbited it, Concordia. The natural strength of the ore was amplified during the forging process, which to this day remains a secret with the Mandalorians.  Once forged, the iron became virtually indestructible, making it one of the most coveted substances. The Mandalorian people used the iron to create weapons, armor, and starships.

This metallic substance is one of the most substantial and dense metals in the galaxy, was capable of shielding from radiation, and could temporarily block lightsaber energy. Neuranium was so dense that some gravity-sensitive species noted its warpong of the space-time fabric that large pieces of the substance would be creative.  This material was used on the walls of Emperor Palpatine’s Surgical Reconstruction Center and protected the Emperor’s lightsaber deep within the statue of Sistros.

These are parasitic creatures found on the planet Dxun, which feed on the power of the Dark Side.  These creatures lived in groups and would search for a host through which they would infect, and eventually envelop and suffocate.  Orbalisk armor was so durable that even lightsabers could not penetrate them. Their weakness lies in their vulnerability to electricity, which the armor was not resistant to.

This rare metallic compound was resistant to lightsaber strikes and was used in the construction of battle armor and weaponry due to its light weight. Phrik was first developed by the Arkanian’s, a near-human species which resided on the frozen planet of Arkania. The Arkanian’s used phrik as the material to create their electrostaffs, which Emperor Palpatine then used to create the armor for his dark troopers.

This extraordinarily light and luminescent silver was demonstrated to deflect lightsaber strikes as demonstrated by Master Darrus Jeht in his practice duel against Jedi Master Qel-Bertuk and Devan For’deschel.  The Master in Violet also owned a fighting staff that had been made from a songsteel shard, which she fought with when the Five Masters Academy fell under attack.

This metal was used as starship armor around the time of the Great Sith War. This substance was highly resistant to lightsaber attacks due to is superconductive nature.  When the energy field of a lightsaber interacted with ultrachrome, it would be uniformly conducted across the entire solid mass, rather than be allowed to concentrate in one area and cut through. However, if enough energy from the lightsaber were transferred to the ultrachrome, the entire piece would melt.