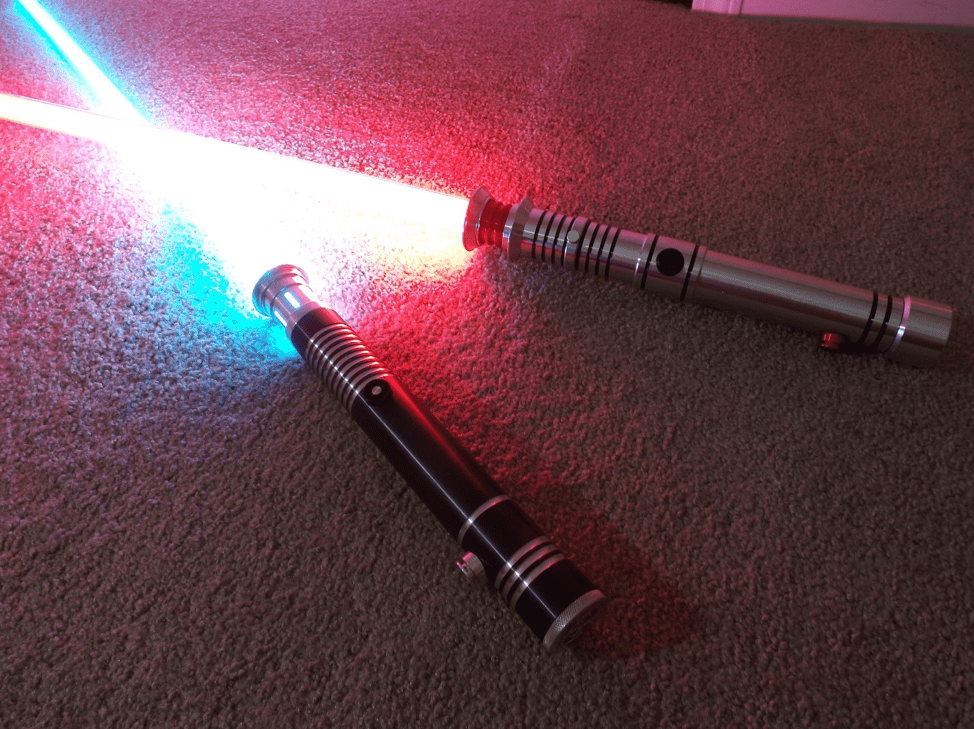 One of the more captivating aspects of Star Wars fandom is its vitality. Those of us who love Star Wars and the various pastimes that stem from it—like lightsaber collecting—aren’t just indulging in a taste for nostalgia; we eagerly scan the horizon for promising developments in our avocation just as we continue to draw inspiration from the past. That’s because we realize that the Star Wars universe is far from a spent force—it continues to evolve.

Recently, we reached another milestone in the exciting world of lightsaber combat. In February 2019, the French Fencing Federation announced that it would officially recognize lightsaber dueling as a sport.

This news, reported by the Associated Press, may come as a surprise to the general public, but for those of us who live by the lightsaber, it is further evidence that this segment of fandom is more than just a frivolous diversion. So exactly what is the French Fencing Federation doing to promote lightsaber dueling? Here’s some more info.

What Is the French Fencing Federation?

The French Fencing Federation (Fédération Française d’Escrime, or FFE) was established in 1906 as France’s official governing body for the sport of fencing. The FFE is also formally affiliated with the Swiss-based International Fencing Federation (Fédération Internationale d’Escrime, or FIE), which governs the sport on the international level and helps manage the fencing events at the Olympic Games.

It should be clear, then, that the FFE is not some fly-by-night organization. This is a major player in the fencing sport, and its endorsement of lightsaber dueling carries considerable weight.

The Associated Press article provides a few clues about the motivation behind this development. It cites FFE secretary general Serge Aubailly as suggesting that lightsabers might be useful for pulling the younger generation into a centuries-old sport that tends to evoke images of the Three Musketeers rather than anything relevant to the contemporary world. “With young people today, it’s a real public health issue. They don’t do any sport and only exercise with their thumbs,” the article quotes Aubailly as saying. “That is why we are trying to create a bond between our discipline and modern technologies, so participating in a sport feels natural.”

The FFE has also officially codified the official rules for lightsaber dueling:

There you have it: competitive lightsaber dueling as defined by a venerable institution in French sports. If you want to learn more about lightsaber duel competitions and similar fun activities, you should visit our official forum: SaberForum.com. As always, you can contact us if you have questions about UltraSabers’ products for sale.