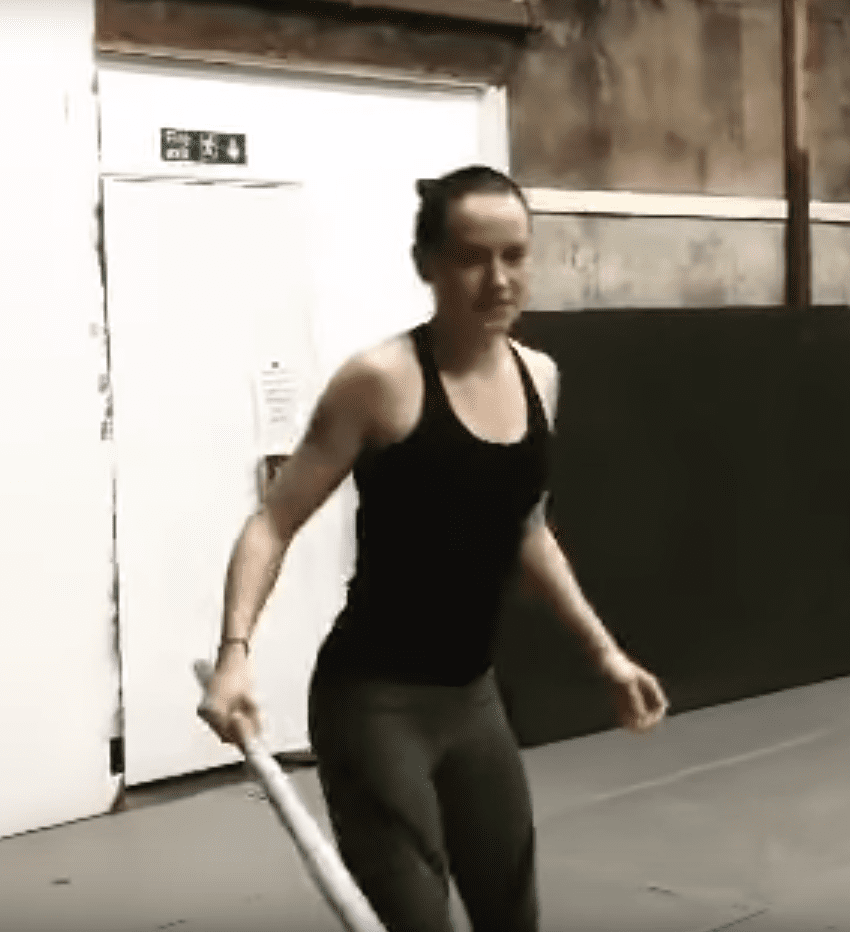 It’s time for the latest addition to the Force’s allies to fully awaken! Rey was last seen returning the Galaxy’s most familiar weapon to the hands of its former master, and it would seem that her training on the path of a Jedi has begun.

Known here on Earth as Daisy Ridley, the padawan’s instagram feed shared a video on April 24th of Daisy showing a small behind the scenes taste of some flourishes and fancy spins using a single bladed lightsaber.

The fans have come to only know Rey as wielding her trusty staff, and many in the Star Wars community have let their excitement get the better of them, running off and joining one another in creating the internet’s ever-present and exciting “fan theories.” Speculation was wildly in favor of seeing Rey wielding a Double bladed saber in the upcoming Star Wars: Episode VIII, and while the universe welcomed Daisy’s video with a resounding approval, many were wildly surprised to see her wielding the single bladed saber.

While we may have a weapon of choice picked out for the young padawan, many users have pointed out that Rey’s fighting style is going to be an exciting development. With the fall of the Jedi culture, the Seven forms of Lightsaber Combat are all but forgotten, and certainly no longer widely mastered. With Luke being a master of Form V, Rey’s combat techniques will undoubtedly draw influence and teachings from the style, but may drift into a more fluid form such as Form 3 to compensate for her experience with a staff.

Check out Daisy’s video above, and let us know what you think!