CHOOSE YOUR SETUP BELOW

Don't Like Options? Pick A Blade Color and Go!

Standard Saber with the Obsidian Soundboard

Standard Saber without sound & with the Emerald LED Driver 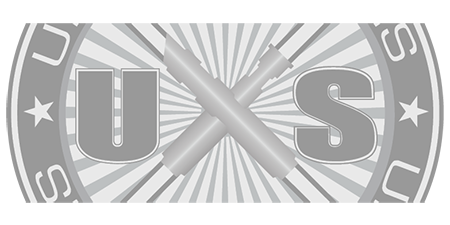 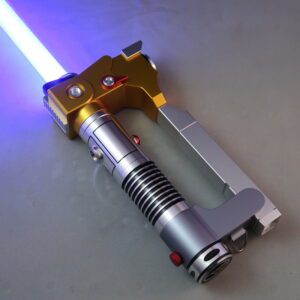 Get ready for action. We’ve opened hundreds of emails asking for this saber, and we’ve spent just as many hours slaving over designs in order to bring it to life. We’re VERY excited to add this saber to the arsenal.

Ultrasabers is extremely proud to present: The Ghost LE

Measuring in at 9″ from top to bottom, 3.5″ from front to back, and 1.5″ in diameter, The Ghost LE is lightweight, extremely comfortable, and brings a completely unique style to the Ultrasabers lineup.

Red decorative accents across the hilt of the Ghost LE give the saber a striking detail while deactivated, but we’ve added one in particular that brings a feature that’s never been seen on any Ultrasaber before- Of course we’re referring to the red trigger switch on the inside of the grip. Every Ghost comes standard with a second LED housed in the blaster position, controlled by the trigger switch.

The Ghost LE features a brand-new MHS Compatible vented pommel with a striking design that is sure to be a coveted option for all of you collectors out there who are continually customizing your Ultrasabers with new MHS compatible parts as they’re released.

While covertec wheels are available and can be installed on the Ghost, each hilt will come standard with a D-Ring installed.

Finally, the Ghost is available in four finishes, each with their Blaster Mount anodized to a bold color. Three of our classic anodized colors return on the Azure Ghost, the Ghost LE, and the Dark Ghost, but for the flagship model we’ve introduced an all new pigment to the lineup:

Ghost LE is available in all configurations from Stunt to UltraPixel to Diamond Controller so you can customize yours exactly the way you want it.