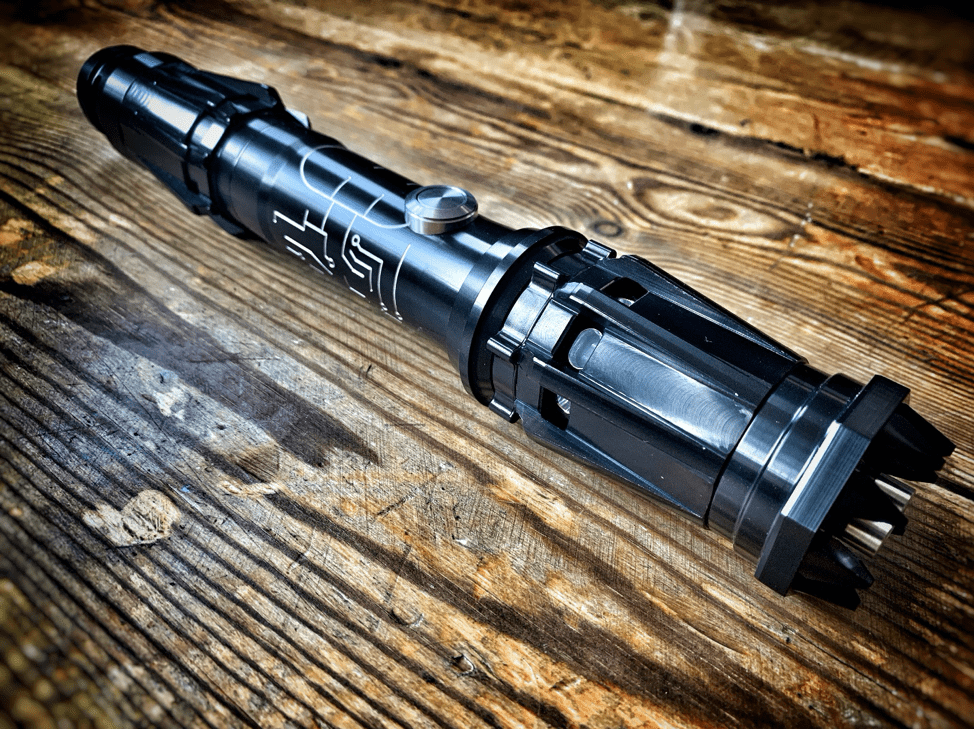 Which Characters Have Wielded The Darksaber

Star Wars enthusiasts usually don’t get far into the world of canonical lore before they want answers to a simple question: What do lightsaber colors mean? Often, the answer is simple; for example, blue is always the color of the Jedi, while red belongs to the Sith. Certain other lightsaber colors, however, are not so easily explained. Such is the case with the color black, which exists, among known lightsaber blades, only in the fabled Darksaber. This specific lightsaber is closely linked to the ruling clan of Mandalore and is normally under the ownership of the ruler (Mand’alor) of the planet.

The first season finale of The Mandalorian held multiple surprises for devoted viewers, not the least of which was the sudden reappearance of the Darksaber. The last moments of the show depict Moff Gideon wielding this distinctive black lightsaber—how he obtained it is not explained—to free himself from his crashed TIE fighter by cutting through the fuselage.

Gideon is just one of a long line of individuals who have possessed the black lightsaber known as the Darksaber. As we will see, the list of Darksaber owners consists mainly of Mandalorian rulers, but there are some other significant personages who have claimed rightful custody of this legendary saber.

(H2) Notable Owners of the Darksaber

What follows is not a comprehensive listing of individuals who have carried the Darksaber, only those of particular importance in Star Wars canon.

The creator and original owner of the Darksaber, Tarre Vizsla was a Mandalorian who constructed this saber during the period when he underwent training at the Jedi Temple on Coruscant. Vizsla was in fact the first Mandalorian ever to join the Order, as his unusual sensitivity to the Force was believed to make him suitable Jedi material. Vizsla later become Mand’alor of his home planet, and his Darksaber became so strongly associated with his reign that his successors often went to great lengths to claim it for themselves in order to validate their right to rule.

As the leader of the terrorist group Death Watch, Pre Vizsla (a member of Clan Vizsla) used the Darksaber during his ultimately successful effort to wrest control of Mandalore from the pacifistic New Mandalorian government. Shortly afterward, Pre Vizsla was slain in a duel with his former ally Darth Maul.

Maul became the possessor of the Darksaber, in accordance with Mandalorian tradition, after killing its owner, Pre Vizsla. He utilized the Darksaber to solidify his claim as leader of Death Watch and ruler over the planet of Mandalore. Maul deployed his Darksaber in many duels and skirmishes, including the second battle of Dathomir.

A Mandalorian who participated in the rebellion against the Galactic Empire, Wren retrieved the Darksaber from the Nightsister lair on the planet Dathomir, where it had been stored by Darth Maul. She soon realized the significance of the lightsaber she confiscated and only reluctantly agreed to allow Kanan and Ezra to train her in using it skillfully so she could better aid the rebel cause. Wren did not believe that mere possession of the Darksaber gave her the right to rule the planet, and so, after a lengthy search, she found someone who was worthy of accepting the lightsaber and its accompanying responsibilities, Bo-Katan Kryze.

Kryze, sister of Satine Kryze (Duchess of Mandalore) and a commanding officer in the Mandalorian resistance during the civil war, used the Darksaber that she accepted from Sabine to rally Clan Wren and other Mandalorian factions behind her. At some point, however—possibly during the course of the Great Purge—Kryze apparently lost possession of the Darksaber, which then fell into the hands of Moff Gideon.

If you’d like to talk with other fans about the Darksaber and related Star Wars topics, be sure to visit Ultrasabers’ official discussion board at SaberForum.com. You are also welcome to contact Ultrasabers for more information about their lightsaber products and services.