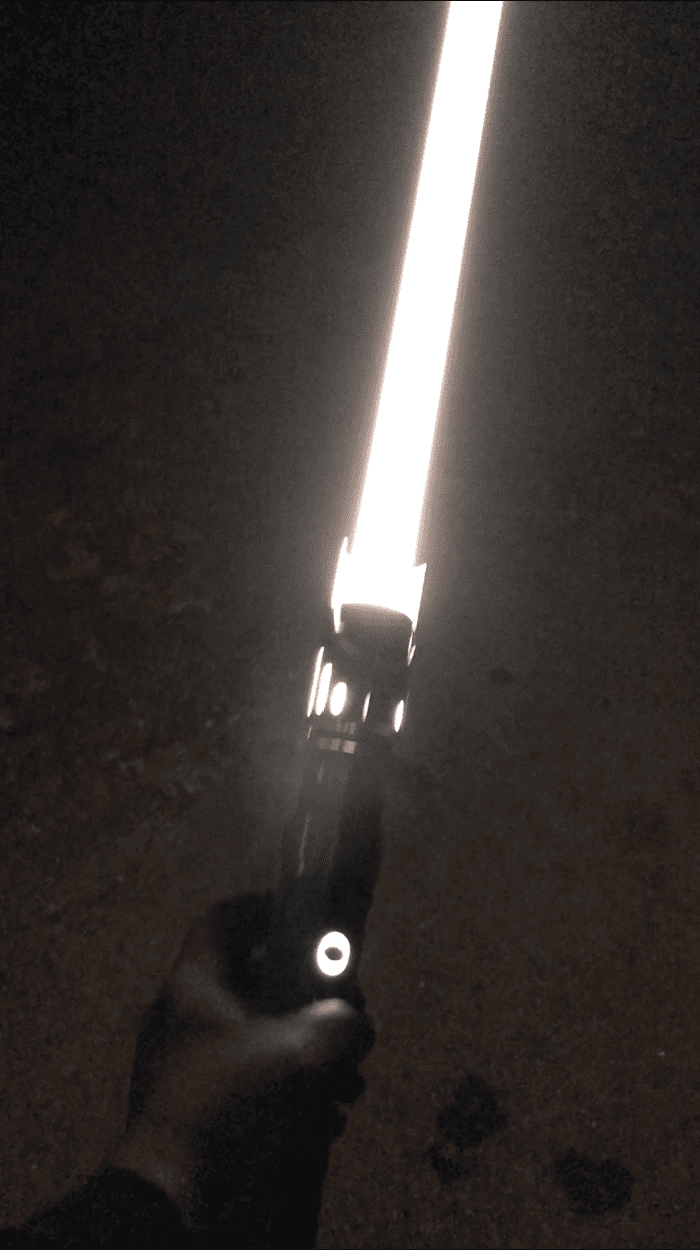 Which Character Wields a White Lightsaber?

The white lightsaber has a singularly eye-catching look. That can be attributed partly to the dazzling effect produced by its glowing silvery blade, and partly to the scarcity of this specific lightsaber color. It appears rarely in the Star Wars universe—so rarely, in fact, that the current canon recognizes only one carrier of a white lightsaber. Ahsoka Tano, the former Jedi Padawan who aided in the rebellion against the Galactic Empire, is acknowledged as the sole possessor of the white lightsaber. Actually, Ahsoka owned not one but two of these rare sabers.

How she came to wield these twin sabers, each powered by a kyber crystal that emits a white blade is an interesting episode of Star Wars history that every fan should become familiar with.

The history of Ahsoka Tano begins on her home planet Shili, where she was discovered by the Jedi Master Plo Koon. Recognizing her potential, Koon decided that Tano should undergo Jedi training at the Temple on Coruscant.

When the Clone Wars broke out, Tano, then only 14 years old, became a Jedi apprentice under Anakin Skywalker, who at the time was still a Jedi Knight. She fought alongside Anakin at the Battle of Christophsis and played an important role in the Republic victory. Following this impressive performance on the battlefield, Tano rose to the rank of commander in the Republic army.

Up to this point, the annals of Ahsoka Tano do not involve the white lightsaber with which she would become so closely identified. She used a different pair of lightsabers during the Clone Wars: one with a green blade, the other—a shoto saber—with a green-yellow blade.

How Did Ahsoka Tano Get White Lightsaber?

Tano’s change over to the white lightsaber can be traced to a traumatic personal event: She was falsely accused by the Jedi Council of having participated in the bombing of the Jedi Temple hangar during the Clone Wars. That tragic event claimed the lives of six Jedi Knights and several others. Although Tano was eventually proven to be innocent, the ordeal damaged her relationship with the Jedi Council to the extent that she left the Order.

Following the tumultuous conclusion of the Clone Wars, Tano abandoned her old lightsabers, went into hiding, and ended up on the remote farming moon known as Raada. That’s where she encountered the Sixth Brother, an Inquisitor who had been sent by the Galactic Empire to find her. Tano, although saber-less, managed to use the Force to kill the Sixth Brother. She then used the Sixth Brother’s kyber crystals to make a new pair of lightsabers for herself. In the process of doing so, Tano called upon the Force to heal the red crystals by expelling the dark side from them.

That act permanently turned the crystals—and the blades that emit from them—white. It also introduced a new lightsaber color, one that reflected the unique status of its wielder, an individual who was no longer a Jedi but still unwilling to go over to the dark side. Tano went on to employ her distinctive white lightsaber in many battles across the galaxy.

Legend has it that the Imperial Knights of the Fel Empire customarily utilized single-blade white lightsabers, but this is a disputed chapter of history that is no longer considered canon.

For further discussion of all matters pertaining to lightsabers, please visit SaberForum.com. Remember that you can always contact UltraSabers with any questions you have about their line of products.