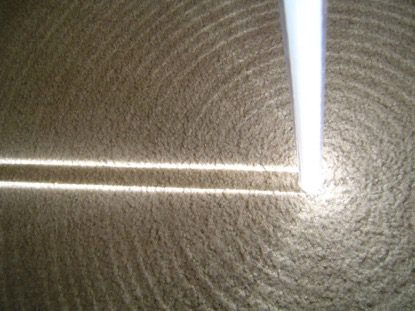 The Meaning of the White Lightsaber

In the Star Wars universe, as it was revealed in A New Hope, lightsabers came in one of two colors: blue (wielded by the Jedi) or red (wielded by the Sith). Later additions to the canon expanded the palette of Star Wars lightsaber colors. What didn’t change, however, was the significance of lightsaber coloration—it always indicates the user’s relationship to the Force and/or their position in their order. Here we’ll have a look at the white lightsaber, one of the rarest in the known Star Wars universe.

White lightsabers are closely associated with Ahsoka Tano, who entered the canon as a teenage Jedi apprentice (Padawan) under Anakin Skywalker in the time of the Clone Wars. This first appearance found Ahsoka supporting Anakin in leading a Republic clone army in the victory against the opposing droid army on Christophsis, and later in rescuing the kidnapped Rotta, Jabba the Hutt’s son. At this time, however, Ahsoka Tano’s lightsaber was green, eventually becoming two green lightsabers, one somewhat shorter than the other. Ahsoka’s dual green lightsabers aided her in many battles during the Clone Wars.
So how did Ahsoka make the transition to white blades? Following the Clone Wars, Ahsoka left the Jedi Order on poor terms and found herself without her usual weaponry. While on the farming moon Raada, she encountered the Sixth Brother (a member of the Inquisitorius) during an uprising and defeated him in a duel. Taking his kyber crystals, Ahsoka was able to create two brand-new lightsabers with curved hilts. But the process of crafting the blades turned the crystals from red to white, which meant that the blades themselves would be white from then on.

That event marks the origin of the white lightsaber in the Star Wars universe, or silver lightsaber, at least as far as we know at the present time.

Fourteen years after the collapse of the Jedi Order, Ahsoka Tano and her dual white lightsabers assisted the rebels of the freighter starship “the Ghost” as they fought against the encroaching Galactic Empire. Initially aiding the effort as an undercover spy of sorts (codenamed Fulcrum), she later provided vital leadership to the rebels as they battled Darth Vader—who was revealed, to her shock, as the one-time Jedi Knight under whom she served as an apprentice.

Ahsoka is a practitioner of Shien, the anti-blaster lightsaber form.

Why Are Ahsoka Tano’s Lightsabers White?

As we’ve noted, Ahsoka’s effort to create lightsabers from stolen kyber crystals had the effect of turning them from red (the Sith color) to white. This wasn’t a random development.

Ahsoka’s disaffiliation from the Jedi Order following the Clone Wars meant that she could not wield the standard blue lightsaber. At the same time, she was also free of the corrupting influence of the dark side, so the red lightsaber was also not an option. She was, in effect, independent of both sides, although sympathetic to the Jedi cause. The crafting process essentially purified the kyber crystals, turning them into a color that befitted her status as an autonomous individual. This is how Ahsoka Tano’s lightsaber was born and what the white lightsaber represents—a force for good, but free of the burdens and restrictions of bureaucracy.

For the best lightsabers in the galaxy, you can always depend on Ultrasabers to deliver high-quality products at reasonable prices.