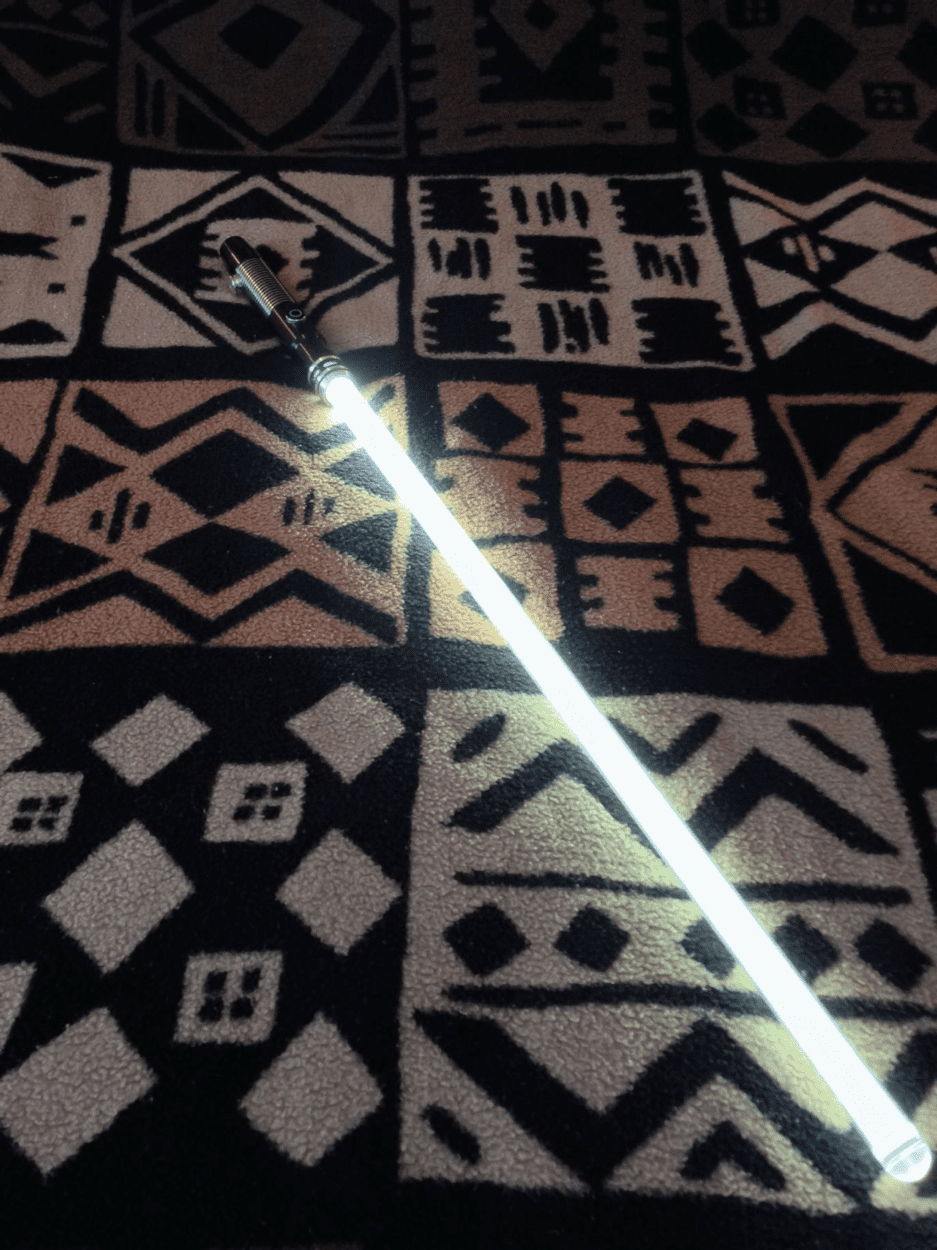 The Lore and History Behind the White Lightsaber

The white lightsaber makes its first appearance in Star Wars canon as the preferred armament of Ahsoka Tano, the one-time Jedi who left the Order under a cloud of controversy. During the Clone Wars, she was falsely accused of participating in the sabotage of the Jedi Temple, but was eventually found to be innocent of the charges against her. She was then invited to return to the Order. However, Ahsoka refused the invitation—the painful experience of being labeled a traitor had alienated her from the Jedi Order.

From that point on, Ahsoka operated independently of the Jedi Order, while remaining an adherent of its philosophical ideals. For that reason, Ahsoka is sometimes identified as a follower of the gray Jedi code. Her decision to leave the Jedi Order led directly to the invention of the white lightsaber.

Following her unceremonious departure from the Jedi Order, Ahsoka was forced to create a brand-new lightsaber—two of them, actually—from kyber crystals taken from the Sixth Brother, an Inquisitor whom she slew in combat on Raada. These crystals, originally red, turned permanently white during the purification process, indicating that they had been purged of the influence of the dark side. Ahsoka’s lightsabers were her constant companions during the subsequent years, which she spent largely as a rebel spy who went by the code name Fulcrum.

Ahsoka’s white lightsabers had curved hilts—one had a standard-length blade, while the other featured a shorter shoto-style blade. In battle, she wielded a lightsaber in each hand. Occasions where Ahsoka and her white lightsabers saw action include the following:

What Do White Lightsabers Mean?

Although Ahsoka’s white lightsabers have been said to symbolize her independence from the Jedi Order, that color never really gained acceptance among others who followed a similar path. That undoubtedly has a lot to do with the unique circumstances of these lightsabers’ creation—white crystals are rarely found in nature. It has been reported, however, that Dok-Ondar’s Den of Antiquities, on the planet Batuu, sold white lightsaber crystals in addition to many other colors.

Star Wars history is just one of the numerous topics under discussion over at SaberForum.com, the official forum of UltrasSabers that has accumulated more than 750,000 posts to date. You are also invited to explore the lightsabers and accessories available on this site; feel free to contact UltrasSabers if you have any questions about the company’s products or services.