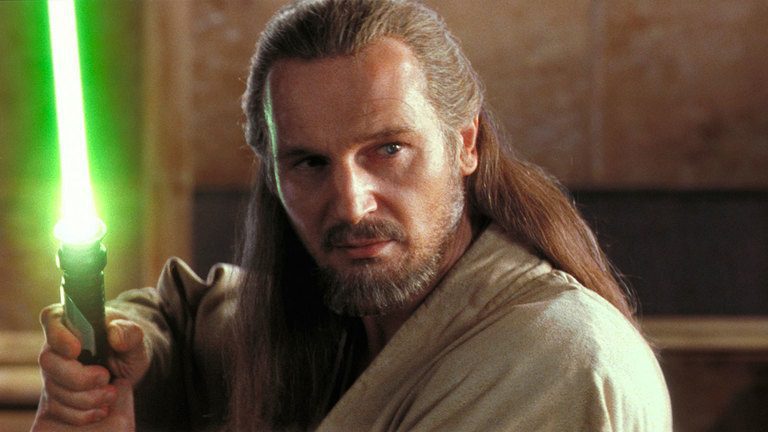 What Is a Gray Jedi?

The term Gray Jedi has historically held dual meanings. The first and most common use of Gray Jedi was employed by both the members of the Sith, as well as the Jedi Order, to describe Force-users who did not firmly align with either the Jedi or Sith teachings and beliefs. These men and women seek a balance or harmony within themselves between the light and dark sides of the Force without surrendering to either side.

The secondary version of Gray Jedi refers to those Jedi who steps down from the Jedi High Council and work outside the structure of the Jedi Code. It was highly uncommon for individuals marked as Gray Jedi to join the Jedi High Council or climb to any position of genuine administration inside the Order. As the High Council picked its own members, they tended to choose more traditional Jedi with actions and morals that aligned with the Jedi Code. The more traditional members of the Jedi rightly feared how ambivalence to the sides of the force is a slippery slope that can lead down the path to the dark side.

Although the term did not specifically allude to the individuals who utilized both Light and Dark side Force capacities, all Gray Jedi could do so. Sith was never thought of as Gray Jedi, as the Sith Order showed full devotion to the Dark side just as the Jedi adhered to the Light. The term was occasionally used to describe unconventional or nonconformist Jedi who strayed from the Jedi Order. Those Jedi who dared to question the way of things or refused moral absolutes might be labeled as such. For instance, a few individuals from the Jedi Order referred to Master Qui-Gon Jinn as a Gray Jedi because of how regularly he set himself at odds with the High Council. He was known at times to disobey direct orders and go, rogue, carrying out his will, if thought it was in the best interest of the galaxy and the free peoples within.

A gathering of maverick Jedi called the Gray Paladins also used the term Gray Jedi to depict themselves.  These individuals took pride in their minimal reliance on the Force and the utilization of blasters, but most often engaged in a lightsaber battle and generally held to the Jedi Code.

History of the Gray Jedi

Between the start of the Great Sith War in 4000 BBY and the finish of the Dark Wars in 3951 BBY, the Jedi went from the height of their power, reaching levels so low that the entire Jedi Order went nearly extinct. As war spread across the galaxy, some Jedi came to believe that a centralized government was essential. The Council, including such individuals as Vrook Lamar and Atris, modified the Jedi Code to unite their control over the Jedi Order and implemented a stricter regulation of compliance from Jedi Order members. Not all Jedi were keen on following the instructions of this new leadership. These individuals frequently clashed with the Jedi Council and became known as Gray Jedi to both the Jedi and Sith Orders. Not long after the end of the New Sith Wars in 1000 BBY, the Jedi Chief Librarian, Restelly Quist, extensively wrote about Gray Jedi in the Jedi instructional booklet, The Jedi Path. Quist depicted Gray Jedi as free thinkers and characterized them as a risk to the Jedi Order.

Gray Jedi often utilized the Dark Side of the Force. However, they were not consumed by it.  Gray Jedi maintained a balance in their Force alignment and did not devote themselves to either side entirely. In fact, many Gray Jedi denounced those who fully committed to a way of life that emphasized the Dark side. Gray Jedi commonly demonstrated their skills with both Light and Dark side Force capabilities. For example, the capacity to construct a lightsaber from scratch, along with unique Force talents such as Force lightning.  Gray Jedi commonly considered the use of the Force as a tool to conduct their bidding and demonstrated no allegiance to either side.

While Gray Jedi showed an absence of adherence to the Light Side of the Force, they were free of Dark side corruption, although often viewed as evil individuals, and not simply rouges.  Among more knowledgeable circles in the way of the Force, those who were tainted by the Dark side were not thought to be Gray Jedi—nor were Jedi who tumbled to the Dark side and was later reclaimed. In any case, creatures across the galaxy commonly held the perception that Gray Jedi carried with them the evil found in the Dark Side of the Force, regardless of whether the Gray Jedi acknowledged it. This may have something to do with the mystery and lore that shrouds the Gray Jedi, and the individuals who identify as one.

Bio: raised at the Jedi Temple at the galactic capital. At 10, Jinn became an apprentice to the greatest swordsman within the Jedi Order, Count Dooku. Gin achieved the rank of Jedi Knight and went on to apprentice four Padawans: Feemor, Xanatos, Obi-Wan Kenobi, and finally, Anakin Skywalker.

Fighting Style: Under his tutelage beneath Count Dooku, Qui-Gon developed into one of the greatest swordsmen within the Order. He regularly sparred with Dooku, Mace Windu, and Anoon Bondara. As he entered his Knighthood, Jinn focused on mastering the fourth lightsaber combat form Ataru. Ataru is known for the power and strength of base. It eschews flourishes and acrobatics for grounded balance and strength. Unlike his Master Dokuu, a fencer, Qui Gon employs heavy, two-handed strikes and slashes. Jinn’s Ataru is a physically taxing style of combat but was ideally suited for his large and powerful frame. While traditionally not great for deflecting blaster fire,   Jinn was skilled and confident enough to do so regularly. Ataru is ideal against many opponents and with space to maneuver the broad sweeps. Since the style depends on quickly crushing opponents through force rather than outlasting them, maintaining stamina is key. As Jinn aged and his physical prowess diminished, he was forced to use his instinct and years of training to gain an edge.

Force Power: Qui-Gon was notable as both a warrior and a philosopher. He believed in the “Living Force”, a method of focusing on the force’s movement in the present rather than as a whole. Because of this his Force strength has to do with mind manipulation. He regularly used telekinetic powers such as force push, force pull, serenity and saber throw. He was so powerful at force persuasion that he could even mind trick a Hutt, often known for their immunity to tricks of the force.

Bio: Trained from childhood within the Jedi Temple, Jolee often found himself at odds with the Jedi High Council. He regularly defied them to do what he thought was correct. During the Exar Kun war, many Jedi, including Bindo’s wife, was seduced by the Dark Side. She tried to turn Bindo, but he refused and dueled her instead. After gaining the upper hand, he was unable to strike down the woman he loved, so he let her go. This decision to free her resulted in the deaths of many noble Jedi Knights in the war to come. The Council refused to reprimand Jolee for his actions; the results were punishment enough. When they offered to raise him to the status of Knight, Jolee lost his faith in the way of the Jedi and exiled himself, fleeing to Kashyyk. He remained there until being discovered and befriended, decades later, by the Darth Lord Revan.

Fighting Style: A Jedi Counselor (Jedi who focuses on the force), Bindo was by no means renowned as a fighter. While proficient with the blade, Jolee would not stand out amongst his peers. That said, compared to non-Jedi, he was a fearsome warrior. His time in the Shadowlands of Kashyyyk helped hone his survival instincts and taught him other means of combat besides lightsaber clashes.

Force Powers: A powerful force user, Jolee commanded force powers of both the Light and the Dark. His ability to regulate his emotions—neither obstructive nor allowing them to consume him— let him draw on those darker elements of the force without fear of corruption. His signature talent was using Jedi Mind Tricks such as Force Confusion, Force Horror, Force Persuade. He also mastered Force Lightning, a power that Jedi of the Light fear and abhor.

Bio: Abandoned by her family at a young age, Rey was left to fend for herself, scavenging and surviving alone on the brutal, dessert, the planet of Jakku. After meeting the droid, BB8, Rey goes on a journey to help the Rebellion against the Empire. Along the way, she discovers her latent and considerable Force powers.

Fighting Style: Rey was adept and natural with the Vibrostaff (electric Quarterstaff). After inheriting Luke Skywalker’s lightsaber, she began rudimentary training. Despite being a novice, she demonstrates an inherent proclivity and skill with the saber, but she is by no means proficient enough to be considered a master.

Force Powers: A force adept, Rey possesses an enormous amount of potential. Luke states at one point that he has only known one other force user with such power, IE his father. Rey’s natural intuition and force abilities were honed by her brief time under Master Luke Skywalker’s tutelage. She is capable of creating Force Bonds, a rarity amongst force users due to the required strength. Her ability to manipulate objects and people has exponentially grown, and at this point, it is unknown what the upper limits of her strength might be.