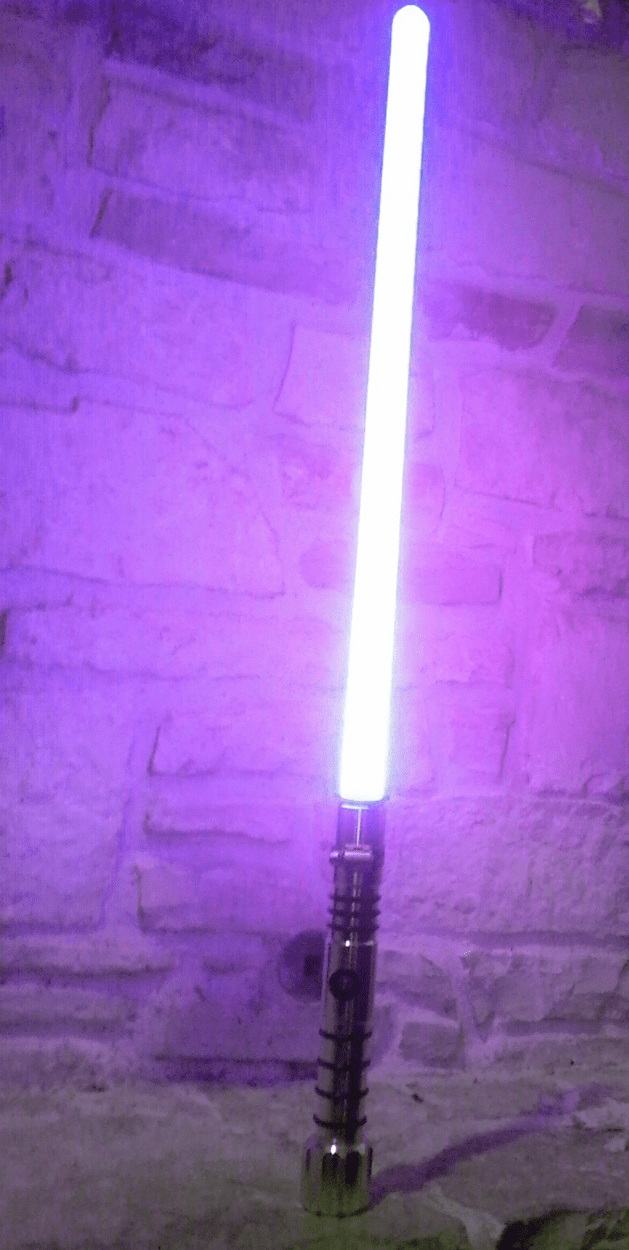 3 Easy Lightsaber Tricks to Get in Your Opponent’s Head

When it comes to lightsaber combat, there’s no substitute for practice. You need the real-world experience of going toe-to-toe with another dueler—because you’re not going to become a Jedi Master just by sitting in front of your laptop. All the same, it’s still possible to study up and learn a few useful tricks in between your sparring sessions. This is certainly true of the psychological side of combat, whether you’re dueling with a buddy or facing down Darth Maul and his double bladed saber. Figuring out how to win the mental game—how to outsmart your opponent—is an important part of your strategy to win the physical game.

The increasing popularity of lightsaber competitions promises to draw more and more fans into the thrilling world of organized dueling in the coming years. That trend suggests that it may be wise to learn a few things about combat tactics, even if you’re not into competitions at the present time. One day, your journey may take you to one of those exciting live events competing against the likes of Alain Bloch. In that spirit, here’s some simple tactics that can help you get an edge over your opponent during a lightsaber duel.

Tip #1: Show Your Stuff Prior to Combat

One sneaky trick, seen in many different competitive sports, is to ensure that your opponent can see you warming up and practicing your skills. This is where it helps to learn some of those show-offy lightsaber moves you sometimes see in Star Wars films, like the famous Obi-Ani spin. You can question the utility of those kinds of moves in real-life sparring, but there’s no doubt that they look awesome, and that’s exactly what you want. Let your opponent think from the outset that you know your stuff.

You need to act like you’re in command, even if you’re feeling anxious quivers deep in your gut. Whatever you do, though, try to avoid the “trash talk” approach. Aside from making you seem like a jerk, it can easily backfire by accidentally projecting an aura of jitteriness and insecurity. It is widely recognized that people who feel nervous tend to compensate by running their mouths. Instead, be calm and cool. Stand tall. Exude physical confidence. Talk to your opponent in a casual, friendly way. Maintain eye contact, but don’t look like you’re trying to stare daggers into them—that’s overdoing it.

Tip #3: Don’t Get Rattled by Setbacks

This is a tough one to master. It’s difficult to keep your composure when an opponent scores a point or momentarily has the upper hand—and no matter how good you are, it’s inevitable that you’re going to take a few hits. The trick, however, is to act like it’s no big deal. Saying “nice hit” or literally laughing it off when your opponent scores can make them think you’re still in command, the same way Sugar Ray Leonard used to toy with his opponents in the early rounds of his fights. Staying cool—or at least looking the part convincingly—is the only effective way to engage in psychological warfare.

For more tips and tricks on mastering lightsaber combat, please visit our official forum at SaberForum.com. We also invite you to explore our line of combat-ready lightsabers available through this website. If you have any questions or feedback, feel free to contact us.