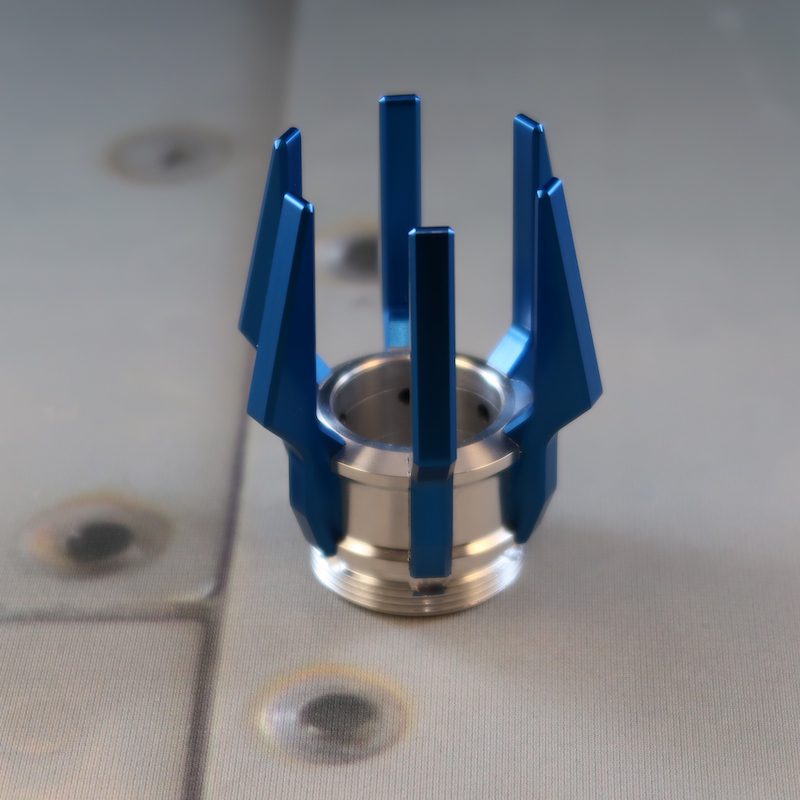 Finding the Right Emitter for Your Lightsaber

Emitters are sometimes called “blade holders” because that’s exactly what they do—stabilize and support the part of the lightsaber used for striking objects and people. In addition to fulfilling that practical function, emitters contribute significantly to the overall aesthetic appeal of a lightsaber. Quite a few collectors have managed to give their lightsabers a new life just by replacing their drab old emitters with newer, more attractive models.

It could be that you’ve been thinking about giving your own lightsaber(s) an upgrade of that nature. Or maybe you’re a novice who is confused about the wide array of emitters on the market. Either way, you’re probably yearning for guidance on the issue to help you sort through all the options out there. We’re not here to tell you what lightsaber emitter to get—that’s ultimately up to you—but we do have some tips that might lead you to the right lightsaber parts.

Windows or Not for Your Lightsaber?

While searching through our online catalog of emitters, you’ll notice that some of them include windows—that is, small cut-away sections that allow the illumination from the blade to peek through. The Manticore is just one example of this type. For many UltraSabers enthusiasts, windows are a must-have, and for one simple reason: they look awesome.

Not everyone feels that way though. Some purists have pointed out that lightsaber windows rarely, if ever, appear in the Star Wars universe that has been revealed to us so far. That’s something to bear in mind if you’re into following Star Wars lightsaber canon.

Apart from that, windows may not be advisable if you’re into serious, full-contact sparring, or plan to get involved in that side of fandom. That’s because your grip tends to keep shifting while you’re in combat, with the result that your hand sometimes ends up around the windows. You could hurt your hand that way. However, a lot of combat veterans get around this by wearing gloves.

These are other options you sometimes see on emitters, and as with windows, they can be awesome additions to your lightsaber or just a superfluous annoyance, depending on your point of view. Most people will readily admit that emitters like the Dark War Glaive Emitter with Claws and the Malice Emitter with Claw Blades look impressive. Nonetheless, they may not be suitable if you’re into the combat side of things—claws and blades can catch in your opponent’s clothing or interfere with the saber’s movement during sparring.

Consider the Length of the Emitter

Another factor to keep in mind is the different lengths of the emitters. Switching out one emitter for another could add or subtract a few inches from your lightsaber, which could take some getting used to.

Longer emitters often provide you with an extra choke point (narrow part suitable for gripping) and can therefore expand your possible range of movements.

If you prefer to keep your options open, an MHS-compatible lightsaber is probably the best way to go. MHS, which stands for Modular Hilt System, enables any compliant part to be replaced with another of the same type. A hilt with a removable MHS-compatible emitter lets you put on a new emitter that is MHS compliant.

Be careful, though: some lightsaber hilts labeled “MHS-compatible” will allow you to switch out the pommel or another part, but not the emitter. Make sure that the product description of the hilt indicates that the emitter itself is removable and compliant with the Modular Hilt System.

For more information about this topic, you may wish to check out the Emitter/Pommel Reference Guide available on SaberForum.com. Also, you can always contact us with any questions you have about our emitters or any of our other lightsaber products.