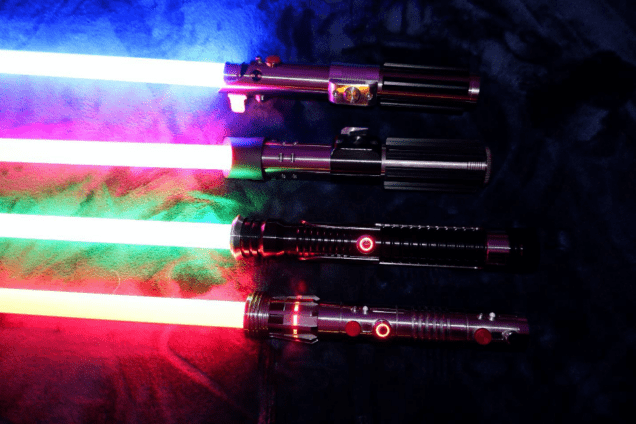 Lightsaber forms are often discussed in terms of broad generalities. For instance, Soresu (Form III) is known as the style that emphasizes defense, while Ataru (Form IV) and Juyo (Form VII) are for those who prefer to go on the offensive, and Niman (Form VI) is the “balanced” form for combatants who want to be able to do a little of everything.

The casual fan doesn’t need to know more about lightsaber combat forms than what can be expressed in brief summaries like these. The more devoted fan, however, will eventually want to know more about the intricacies of these forms—particularly if they are really serious about learning how to spar with combat lightsabers. And there is indeed more to learn.

As it happens, the distinctions among the forms go beyond merely their relative balance of offense and defense. Although all forms of lightsaber combat share certain commonalities, each of them has specific moves that are unique to it (at least in Legends). Keep reading for an overview of the most notable of the unique moves associated with each of the 7 forms of lightsaber combat.

Want to learn more about lightsaber combat forms? You’re hardly alone. Be sure to visit SaberForum.com for discussions about this and many other interesting topics pertaining to the still-evolving Star Wars universe. And if you have questions about Ultrasabers’ line of lightsabers and accessories, feel free to contact them.