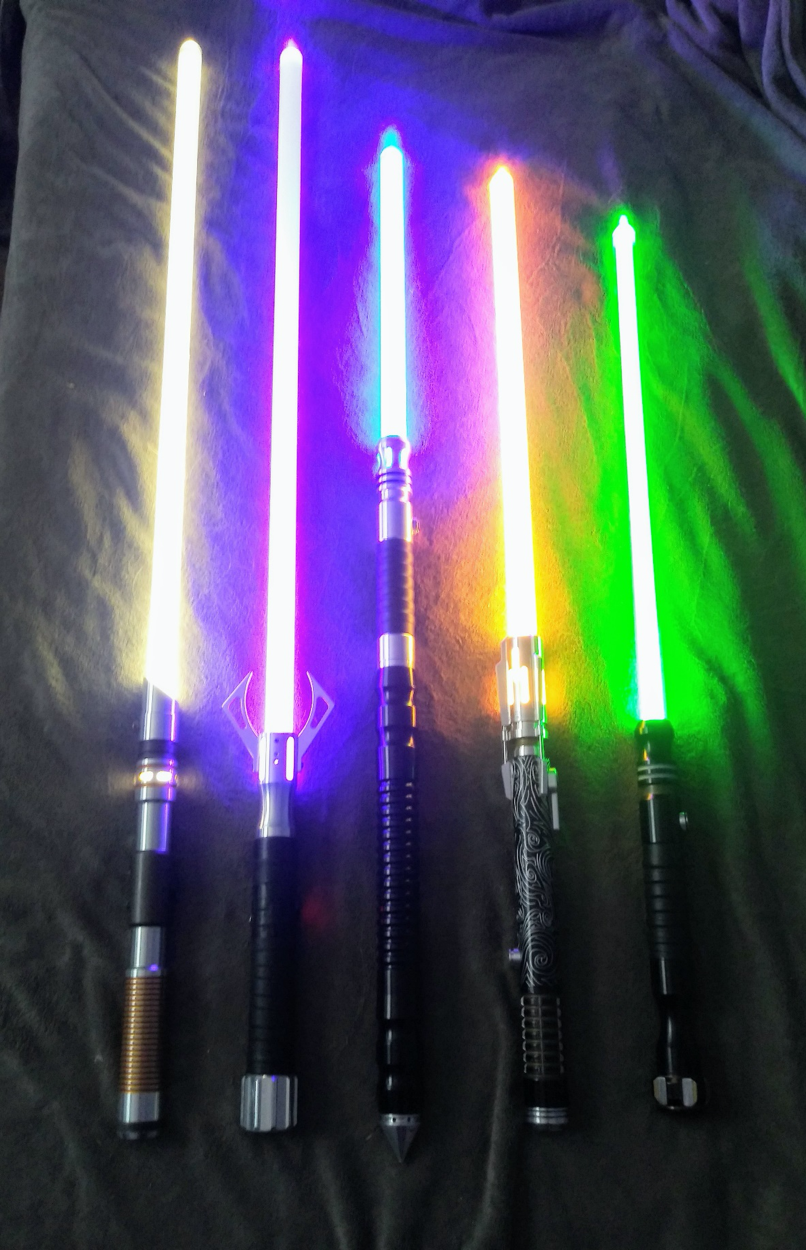 The intricacies of lightsaber combat can take years—even a lifetime—to master. What novice fans do not realize, however, is that Star Wars lightsaber battles are not just simply two people trying to hit each other with the aid of tactics that are entirely improvised in the moment. Although saber duels may look like chaotic hack-and-slash affairs to the untrained eye, in actuality each participant usually draws upon one of the seven defined styles of combat, known as forms, that were developed and formalized at various points throughout history.

The oldest of the seven lightsaber forms, as well as the most basic, is Shii-Cho form, otherwise known as The Way of the Sarlacc and The Determination Form. Shii-Cho is traditionally the first lightsaber form taught to Jedi initiates. Aside from existing as a valid combat form in its own right, it teaches fundamental skills that are important for mastering forms of more recent vintage. Given that, Shii-Cho is the ideal starting point for Ultrasabers’ exploration of the seven lightsaber combat forms.

The Development of Shii-Cho

As with so many traditions of ancient origin, it is not possible to pinpoint when Shii-Cho arose, although it is virtually certain that it was a Jedi invention. Most likely, it came together over a considerable period of time with input from numerous practitioners whose names are not known to us. The result of all this development was a fairly basic style that allowed the practitioner to learn simple but powerful offensive and defensive moves.

Shii-Cho is largely devoted to strikes and parries similar to those used in traditional sword fighting. This feature of Shii-Cho no doubt derives from its origins in the early lightsaber era. The wielders of the newly invented lightsaber, having no other inspiration to rely on, based their style on techniques that were associated with the standard sword that had been used for ages. These borrowed techniques were highly effective when utilized by lightsaber practitioners in this era.

Much of the effectiveness of Shii-Cho had to do with inherent superiority of the lightsaber over old-fashioned melee armament such as clubs and polearms. A wooden club or a steel sword is obviously no match for a plasma lightsaber that can cut through almost anything. For that reason, Shii-Cho included broad, sweeping strikes that could attack multiple targets at a time. However, Shii-Cho generally emphasized disarming opponents, in line with the Jedi philosophy, rather than delivering lethal blows.

The Limitations of Shii-Cho

Originating in an era before lightsabers were widely distributed across the galaxy, Shii-Cho wasn’t designed for one-on-one combat with another saber wielder. That became a problem as the Jedi found themselves squaring off against opponents who were adept with the lightsaber. The weakness of Shii-Cho in this area led directly to the development of alternative lightsaber combat forms. It also meant that Shii-Cho became regarded increasingly as a training tool that provided a foundation for learning more advanced styles. Nonetheless, Shii-Cho has always been considered a valid combat form, whose in-the-field practitioners have included Kit Fisto and the legendary Obi-Wan Kenobi.

To learn more about lightsaber combat forms, be sure to visit the official Ultrasabers discussion board at SaberForum.com. You can also contact us here at Ultrasabers with your questions about our battle-ready combat lightsabers.