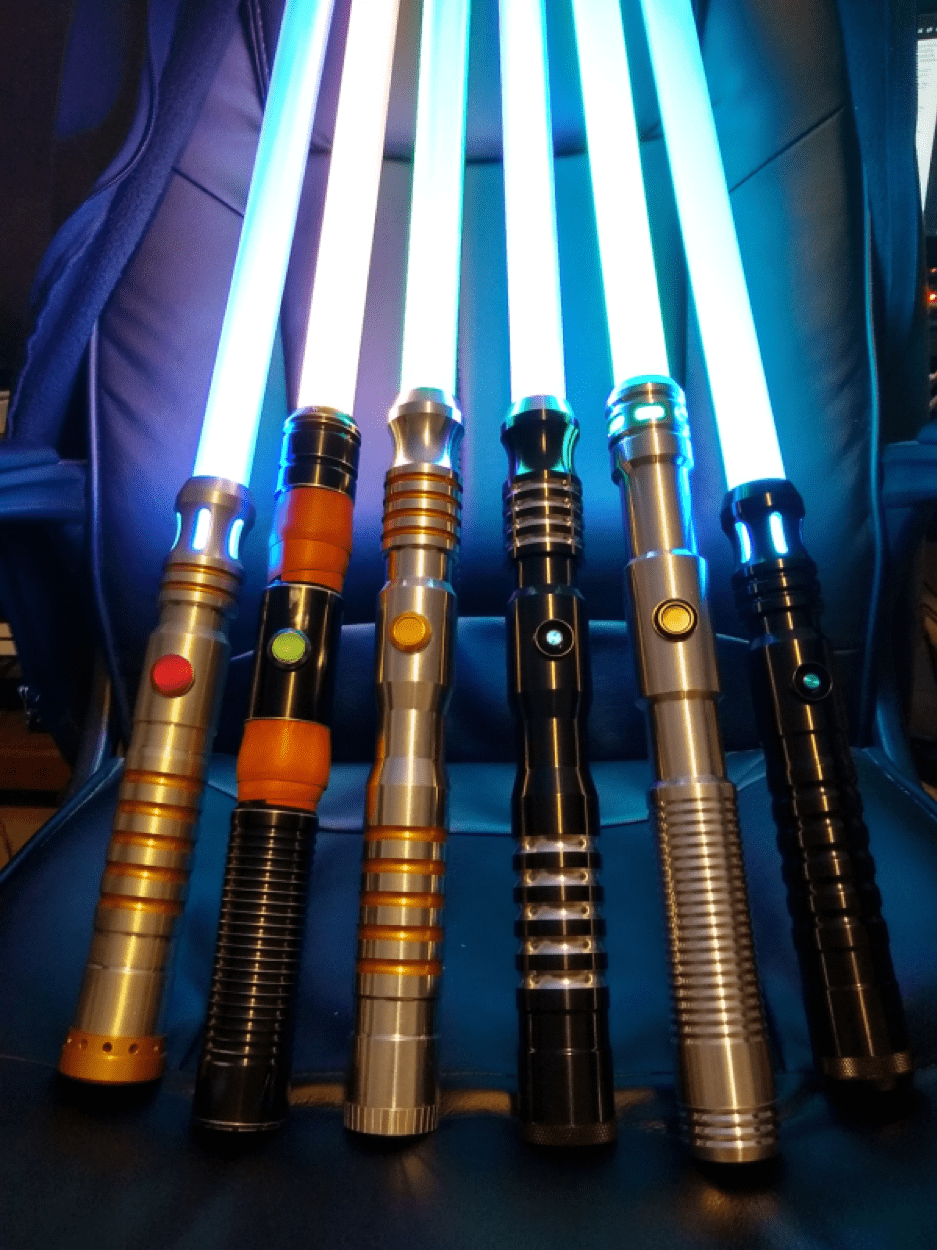 For UltraSabers aficionados, lightsaber combat can take many forms, some of them more “serious” than others. There’s no doubt that a lot of lightsaber owners never go beyond occasionally indulging in some playful sparring with a friend, and there’s nothing wrong with that.

Many collectors, understandably, want to go further. They want to know what it’s like to participate in an organized, real-world athletic discipline centered on the lightsaber. They want to experience lightsaber combat as an authentic martial art, or as close to one as they can get. Is that even possible? The short answer is yes—up to a point. The long answer requires a closer look into the relationship between Star Wars canon and the martial arts traditions of planet Earth.

When we talk about the role that martial arts plays in the Star Wars universe, we’re not talking about some late addition to the canon. Traditional martial arts has had a huge influence on it since the very beginning. Much of this has to do with a director named George Lucas and his early fascination with the films of Akira Kurosawa, specifically two movies set in 16th century Japan, Seven Samurai (1954) and The Hidden Fortress (1958).

Samurai culture had a seminal impact on the development of the Star Wars universe, including the way lightsaber battles came to be formalized. Lightsaber combat forms and sparring techniques are heavily inspired by kendo, a Japanese martial art that revolves around sword fighting. For example, Obi-Wan Kenobi’s famed lightsaber duel with Darth Vader on the Death Star shows the influence of this fighting style.

While training, kendo practitioners commonly use bamboo or wooden swords—which, as it happens, resemble lightsabers. Does that mean it’s possible for kendo devotees to use their expertise to spar with lightsabers? Oh, yes—in fact, some kendo practitioners are capable of putting on an amazing lightsaber fencing exhibition. It’s easy to see why some lightsaber collectors have followed their passion for Star Wars right into kendo and related martial arts styles.

How Real Is Lightsaber Combat?

There are various reasons why people get involved in the martial arts. On one hand you have those who are drawn to the artistry and traditions, while on the other you have practical-minded folks who just want to learn how to fight off muggers. For the most part, the world of lightsaber combat is for people in the first group. After all, lightsaber combat on Earth can only simulate the duels you see on the big screen. UltraSabers blades are made of polycarbonate, not plasma. They do not cause serious injury or death just from mere contact.

Having said all that, lightsaber combat does exist as a structured discipline with many parallels to traditional martial arts, such as organized sparring competitions and the use of standardized “forms” as a training tool.

Lightsaber Combat Groups Around the World

When it comes to lightsaber training organizations, there is no shortage to choose from—and it’s likely we’ll be seeing even more in the future. Here are just a few of the better-known groups dedicated to the art of the lightsaber.

To learn more about lightsaber combat in the real world, you can always explore our extensive online forum at SaberForum.com. You can also contact us with any inquiries you might have about our combat-ready lightsabers.