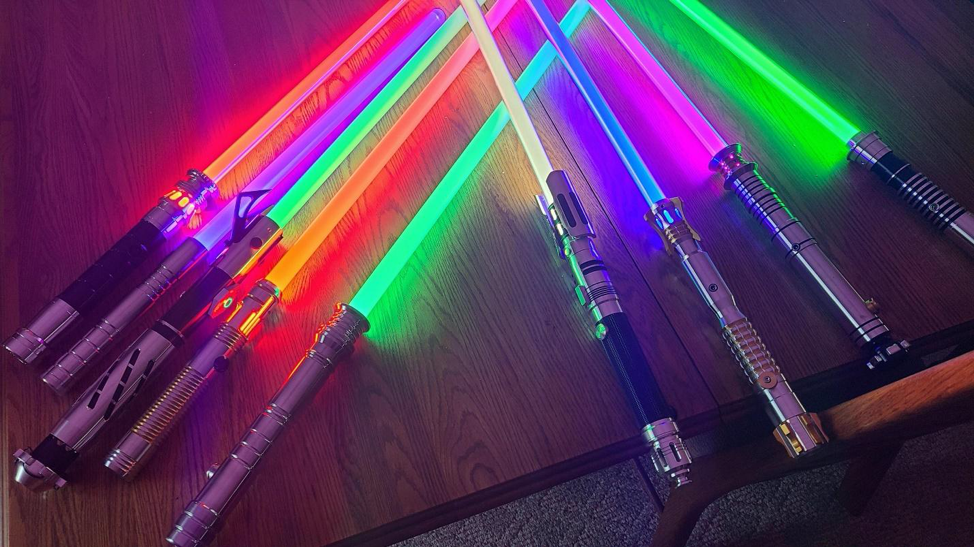 Form III, Soresu, emphasizes defense almost to the exclusion of all other aspects of combat. This form, while highly effective within its limits, has the obvious drawback of giving the practitioner few attacking options. During the era when lightsaber combat forms were developed, the limitations of Soresu form soon became apparent, and the form that eventually arose subsequent to it was conceived to address its shortcomings. As a result, Form IV, known as Ataru, places as much stress on offense as Soresu does on defense—it is also called the Aggression Form for a very good reason. Combining Force-enhanced acrobatics with a fast, constant barrage of attacks, Ataru is the most dynamic and visually thrilling of all combat forms. Lightsaber battles that involve this form are truly a sight to see.

Ataru can count some extremely well-known personages among its practitioners, such as Yoda, who used it to great effect in his famed duel with Count Dooku on Geonosis, and Anakin Skywalker.

The Uses of Ataru Lightsaber Form

Practitioners of Ataru form unleash a quick torrent of lightsaber strikes with the aim of breaking through the opponent’s defenses and bringing the battle to a speedy conclusion. This attack involves blows from many angles and positions as each strike fluidly transitions into the next, resulting in a continuous offensive flurry that is extremely difficult to defend against.

The other salient characteristic of Ataru stance is its reliance on acrobatics—flips, leaps, somersaults, etc.—as a means of swiftly adjusting the practitioner’s bodily orientation and enabling them to strike from a potentially unexpected angle. As this kind of activity is physically demanding, the Ataru practitioner typically draws upon the Force to augment their movements and allow them to perform feats beyond their normal capabilities. This permits the saber wielder to strike at and maneuver around their opponent with extraordinary speed and dexterity. Even with the Force, however, the user of this form is unlikely to be able to sustain their attack for an extended period. Unlike Soresu, Form IV is not designed for lengthy skirmishes. Win, lose, or draw, the Ataru expert will not be in the heat of battle for long.

Ataru is essentially the inverse of Soresu, and as you might expect, its main drawback is also the inverse of Soresu’s. Where Soresu is almost totally focused on defense, Ataru is all about offense. It includes few defensive moves and tactics. Consequently, the form tends to be inadequate in situations where the practitioner must contend with multiple opponents, as an Ataru attack can be directed against only one enemy at a time and leaves the assailant vulnerable to other foes in the vicinity. Furthermore, the explosive energy of Ataru is physically exhausting, making it difficult to sustain a prolonged attack if victory is not secured quickly. The form also doesn’t work well in confined spaces due to the need for room to perform acrobatic maneuvers.

Learning about lightsaber combat forms such as Ataru is one of the pleasures of Star Wars fandom. You can learn more about this topic and many others at SaberForum.com, the official discussion board of Ultrasabers. And you can always contact Ultrasabers with your questions about their line of lightsaber products.