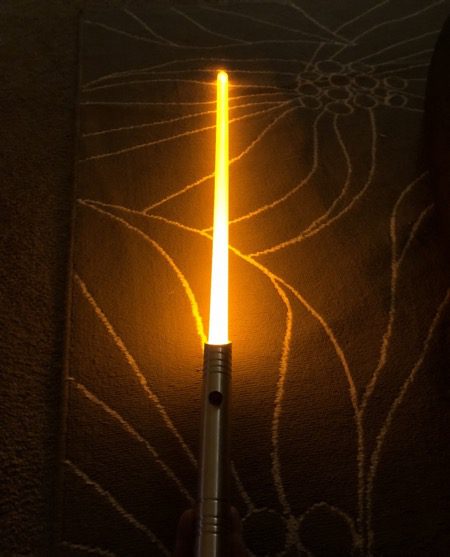 Lightsaber enthusiasts aren’t all alike when it comes to their preferences for dueling. That has a lot to do with the diverse roles that lightsabers can play in the lives of saber collectors. For instance, a lot of people are primarily attracted to the visual aesthetic of the lightsaber—they select a saber based on the way it will look as they’re posing with it or maybe performing some of those awesome Obi-Ani spins.

That’s certainly a valid approach to lightsaber collecting, but it’s not the only way to go about it. There is another group of enthusiasts who favor lightsabers that are best suited for actual combat, for dueling and sparring with friends who have the same interests. Some really adventurous collectors go for full-contact sparring (with appropriate safety precautions, of course). If you’re interested in this kind of activity, you’ve probably been wondering which dueling lightsabers would provide an optimal combat experience. We can answer that query by exploring the various features that go into the best combat lightsabers.

One of the things we take pride in at UltraSabers is our ability to produce a wide range of battle-ready lightsabers. Our gear isn’t just for show; literally every saber that comes out of our shop is fit for combat.
Unlike some cheap sabers you may find on the Internet, our sabers do not use easily damaged LED strings to light up the blade. Instead, our sabers’ light source is in the hilt. That means you can flail away with your UltraSabers blade without fear of harming its ability to remain properly illuminated.

Having said the above, however, it’s also true that not all of our lightsabers deliver the same combat capabilities. Some blades are more suitable for rigorous combat conditions than others

If you’re content with light dueling, then a Midgrade blade will do just fine. These relatively lightweight blades are designed to bend and not break when they strike a surface. With these blades, you also benefit from superior brightness.

To a large extent, the process of ranking the best lightsabers is a subjective matter that has to do with each individual’s personal characteristics. For example, persons with smaller hands can have difficulty correctly gripping certain types of hilts, much to the detriment of their dueling technique. Some collectors in this situation have reported good results with our V2 series, which are characterized by relatively skinny hilts. It’s very important for duelers of all shapes and sizes to find a hilt that they are comfortable handling.

As we’ve said elsewhere, pointed tips and rounded tips are functionally alike—but it’s worth mentioning that some customers have found that the pointed type can be uncomfortable for those on the receiving end of a thrust.

At UltraSabers, you have a variety of high-quality single blade lightsabers to choose from, so it’s not difficult to find a model that will serve you well in battle. And you can always contact us with any questions you have about our battle-ready custom lightsabers.