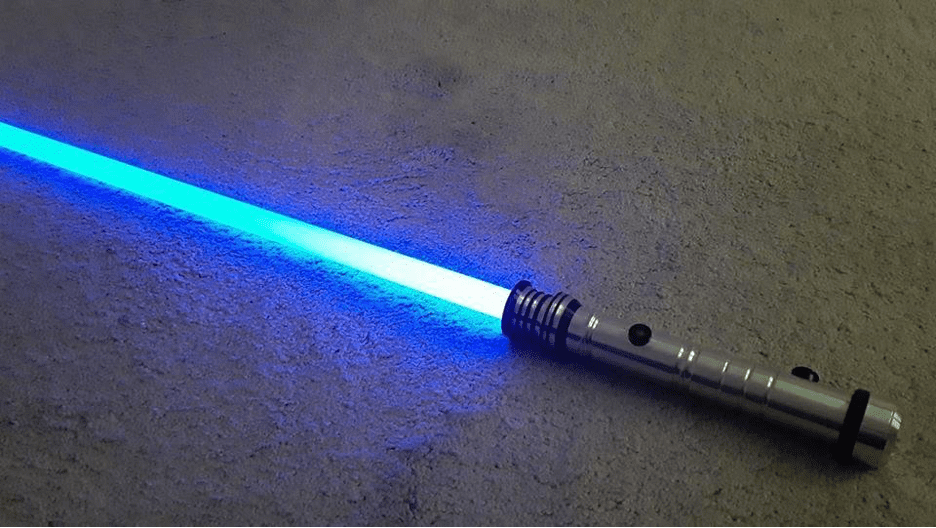 The development of the first four lightsaber combat forms can be viewed as a logical progression where each subsequent style attempts to compensate for perceived limitations in the previous one. Form V is where that step-by-step evolution gets disrupted a bit. It was not devised as a response to Form IV Ataru; rather, it is essentially another attempt to address the shortcomings of the highly defense-oriented Form III Soresu. While Ataru complements Soresu by emphasizing offense in much the same way that the earlier form stresses defense, Form V opts for a sort of middle-way approach that relies on counterattacks to gain the advantage in lightsaber battles.

Form V is also unusual in that it is divided into two distinct yet related disciplines: Shien and Djem So stance. Both Shien and Djem So share a common theoretical foundation that must be understood before their differences can be comprehended.

The Basics of Form V Shien and Djem So

The practitioner of Form V draws heavily upon the blocks, parries, and other defensive maneuvers favored by Soresu. But where the Soresu expert waits for a chance to strike back, the Form V practitioner actively attempts to create an opportunity, using a variety of tactics to put their opponent into a vulnerable position. It is fundamentally a counterattacking form. This means that the Form V expert must be able to shift artfully from defense to offense, and back again, in the blink of an eye. As it requires both speed and strength, Form V places enormous physical demands on the lightsaber wielder who uses it, although practitioners often call upon the Force to augment their abilities.

According to Legends, Form V is also known as Way of the Krayt Dragon, or the Perseverance Form. Noted experts of this form include Ahsoka Tano, Adi Gallia, and Anakin Skywalker.

Differences Between Shien and Djem So

Shien was the first of the two Form V variants to be developed. To a large extent, it was devised as an anti-blaster form, giving the practitioner an array of tactics that could defend against multiple opponents deploying this relatively new form of weaponry.

Shien is not just about blocking blaster fire, however. Its techniques, when properly applied, allow the user to defect these bolts right back at their assailant—which is probably the most vivid example of the power of Form V to transition from defense to offense. (Precisely redirecting blaster bolts in this manner is also possible with Soresu, although it is not emphasized by that form, and in practice seldom occurs.) In addition, the Shien practitioner can resort to a variety of lightsaber strikes.

Many Shien experts prefer to utilize a reverse grip (where the thumb and index finger is the part of the hand nearest the pommel). However, this grip is not a mandatory aspect of the form.

Djem So, created after Shien, was intended mainly for melee battles against lightsaber-wielding adversaries. Unlike Shien, Djem So stance is geared more toward head-to-head duels and emphasizes the use of powerful lightsaber attacks to overwhelm the opponent whenever possible. Practitioners rely on strength much more than agility.

The master of Form V has ready access to a wide range of attacking and defending techniques that add up to an extremely effective battlefield repertoire.

To learn more about lightsaber combat forms and similar topics, please make a visit to Ultrasabers’ online forum at SaberForum.com. Don’t hesitate to contact Ultrasabers with your questions about their line of lightsabers.