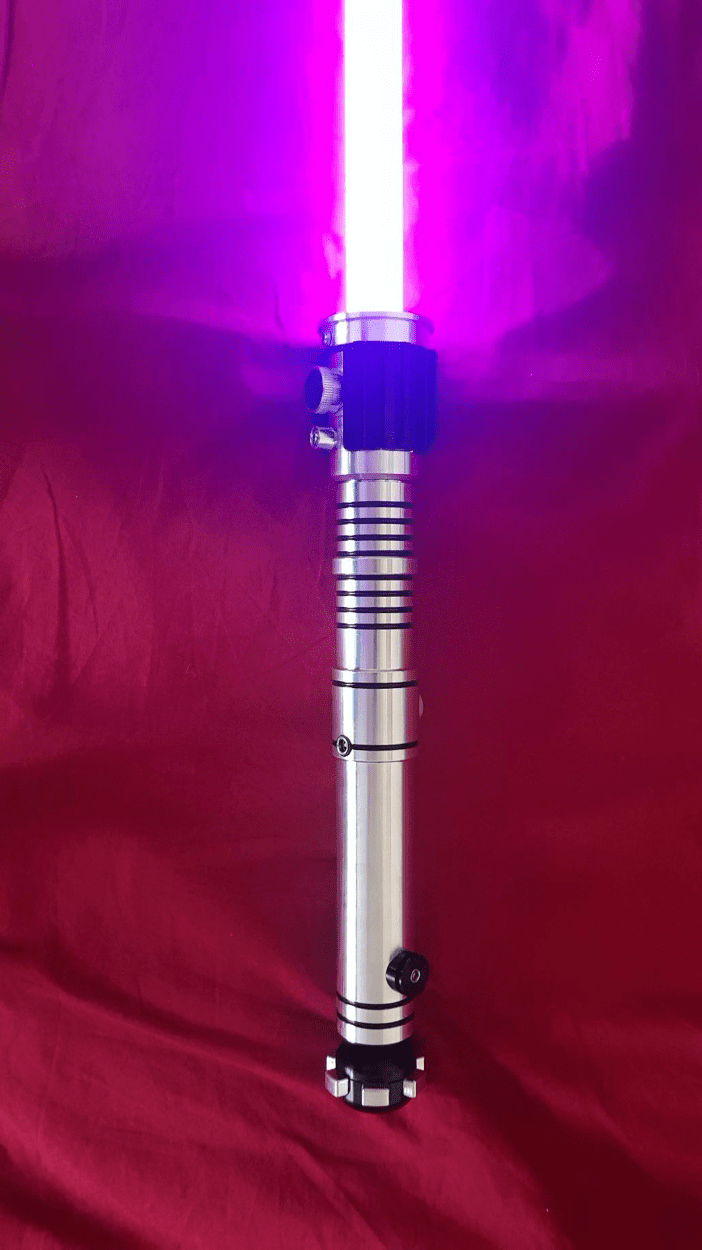 Through the ages, various lightsaber combat forms have come into being across the Star Wars universe, in response to deficiencies of earlier forms as well as to changes in traditional battlefield conditions. The first form, Shii-Cho, was created at a time when lightsabers were relatively uncommon, and, because of that scarcity, their wielders held a huge advantage in combat. The second form, Makashi, was developed shortly after lightsaber usage and one-on-one dueling became normalized throughout the galaxy. Both of these forms reflect the times in which they were invented.

The advent of blasters and similar ranged weapons proved to be a challenging development for users of the lightsaber. Neither of the lightsaber combat styles that existed at the time, Shii-Cho and Makashi, were suited to countering attacks from those types of arms. An adversary with a blaster could simply keep firing away at a safe distance from the lightsaber wielder.

However, the lightsaber did have one major inherent advantage: Its plasma blade could deflect blaster fire. That meant a saber wielder could conceivably use the awesome power of the lightsaber to defend against blaster attacks. Soresu, Form III, resulted from that discovery. It is by far the most defense-oriented of all lightsaber forms, giving the skilled practitioner a strong foundation for repelling not just blaster fire but also many other kinds of attacks.

Soresu stance—also called the Way of the Mynock, or The Resilience Form—was conceived primarily as a combat system to enable the saber wielder to avoid being struck by blaster bolts, even when facing off against multiple opponents. The Soresu master does this by maintaining careful control of the lightsaber, with the blade near the body, ensuring that it is always in position to deflect incoming fire. Similarly, they assume a stance and posture that offers as small a target as possible.

Like Makashi, Soresu emphasizes efficiency of movement, which allows the practitioner to conserve strength and avoid wild gestures that unnecessarily expose them to attack. A Soresu practitioner is always prepared for a lengthy skirmish. They wait patiently for the enemy to tire out, leave themselves open to a retaliatory strike, or redirect their focus to other combatants in the immediate area. A highly skilled Soresu expert can even deflect blaster fire right back at the attacker—but the main goal is simply to stay alive.

Although its principles were devised with the aim of empowering practitioners to defend themselves against blaster fire, Soresu form can also be effectively applied to repel many other types of battle hardware as well, including lightsabers.

The Shortcomings of Soresu Form

Soresu lightsaber form has one massive disadvantage: It is almost exclusively devoted to defense. Practitioners can and do strike when they see an opening, but Soresu stance is not particularly concerned with going on the offensive. In battle, the Soresu expert will likely draw upon techniques from other combat forms when the occasion calls for attack.

The avid lightsaber aficionado is invited to visit Ultrasabers’ thriving discussion board at SaberForum.com for more information on this topic and many others relating to Star Wars fandom. As always, don’t hesitate to contact Ultrasabers with questions about their lightsaber products for sale.