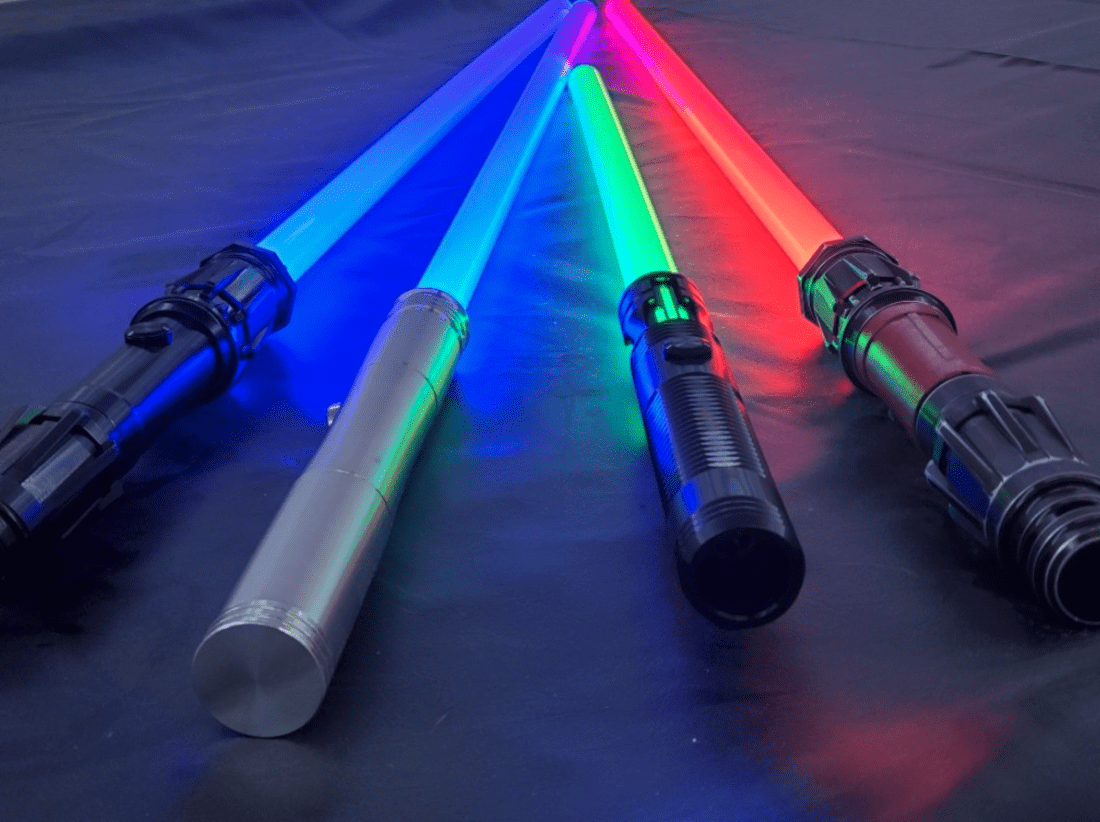 The first lightsaber combat form was Shii-Cho, which arose in the era before sabers were widely disseminated throughout the universe. Back then, those who wielded lightsabers usually fought against enemies who were forced to rely on more primitive tools. Therefore, skirmishes involving lightsabers tended to be one-sided affairs: a saber wielder against one or more saber-less opponents. Shii-Cho, then, was not devised for head-to-head lightsaber battles—there was no need to emphasize that facet of combat.

However, as lightsabers gained far-reaching recognition as powerful combat gear, one-on-one clashes between saber wielders became more and more common. Shii-Cho was not an adequate combat style for this brave new world of lightsaber duels. That deficiency inspired the development of Form II: Makashi (pronounced muh-KAH-she). Of all lightsaber combat forms, it is the one most suited for duels between two saber wielders.

Makashi lightsaber form—which is, according to Legends, also called the Way of the Ysalamiri, or The Contention Form—is intended for use against another lightsaber-wielding individual in head-to-head combat. Its renowned practitioners include Count Dooku and Asajj Ventress.

Unlike Shii-Cho, which depends largely on the lightsaber’s inherent superiority over other types of battlefield implements, Makashi emphasizes skill over brute power. It assumes that the opponent not only has a lightsaber but knows how to wield it with a reasonable degree of proficiency. Makashi requires mastery of multiple combat skills, including:

– Makashi form demands precision in footwork and swordplay. To fight in the Makashi style is to expend as little energy as possible. This explains the Makashi expert’s distinctively elegant “dance-like” motions, which are chiefly a by-product of the form’s emphasis on efficient action, but which also serve to intimidate the opponent by presenting a highly controlled bearing.

Balance of offense and defense

– The Makashi expert attacks when possible and defends when necessary. At all times, the Makashi practitioner attempts to maintain optimal distance from the opponent, using skilled footwork to move in or pull back as the moment demands, and avoiding positions that make them vulnerable to disarmament. Feints, to deceive the opponent and create an opening for attack, are vitally important in the Makashi style.

– The Makashi practitioner is also skilled at the mental aspect of battle. During combat, they continuously analyze their opponent’s actions to identify weaknesses that can be exploited.

The strength of Makashi—its exclusive focus on head-to-head lightsaber duels—became a weakness when blasters started gaining currency throughout the galaxy. Makashi was never meant to provide an effective defense against ranged weaponry. Furthermore, Makashi tended to be ineffective against multiple opponents. This does not mean, however, that Makashi ever became obsolete as a fighting form—it remains extremely useful in battles against a single saber-wielding opponent.

For more information on lightsaber duels and other aspects of the Star Wars universe, visit Ultrasabers’ official discussion forum at SaberForum.com. And feel free to contact Ultrasabers with your questions about their collection of combat-ready lightsabers and accessories.