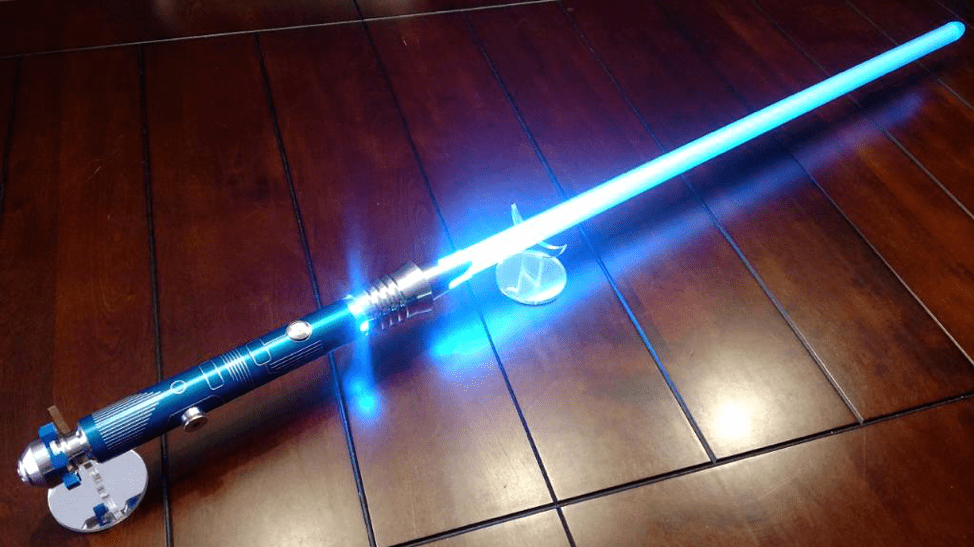 What Your Lightsaber Form Says About You

What Your Lightsaber Combat Form Says About You

For the general public, lightsaber combat is usually conceived as a matter of swinging around brightly colored swords that emit THRRMMMM noises. But once you get beyond the early stages of fandom, you begin to learn that this type of combat is a lot more nuanced than it may seem at first glance. In fact, there are no fewer than seven distinct “traditional” fighting forms recognized in the Star Wars universe. If you really want to get the most out of your Star Wars custom lightsaber, you should learn about the various fighting styles.

Each of the 7 forms of lightsaber combat is designed around the unique features of this powerful weapon, such as the weightlessness of the blade and its ability to cut from any direction. Which style do you like best? Let’s explore.

Lightsaber Form 1: Shii-Cho / The Way of Sarlacc / The Determination Form

This is the oldest and most elementary lightsaber form, used as a training tool to prepare Jedi for more advanced forms. It can be traced back thousands of years to the development of the lightsaber, and for that reason this form borrows from traditional sword-handling techniques. It uses sweeping two-handed strikes and emphasizes disarmament rather than fatal strikes. You can see Shii-Cho utilized by Luke Skywalker in Episode IV.

Lightsaber Form 2: Makashi / The Way of the Ysalamiri / The Contention Form

Makashi was invented by the Jedi Order as a defense against members of the Sith Order, who utilized Shii-Cho in lightsaber duels. This one-handed style, favored by Count Dooku, is noted for its gracefulness and precise movements.

Lightsaber Form 3: Soresu / The Way of the Mynock / The Resilience Form

After the development of blasters, it became necessary to devise an effective defense against these weapons. This is Soresu, a highly defensive form that emphasizes tight lightsaber and body movements to deflect and dodge blaster fire. It can also be used in close-quarter fighting. It is most commonly associated with Obi-Wan Kenobi.

Lightsaber Form 4: Ataru / The Way of the Hawk-Bat / The Aggression Form

Speed, aggression, and acrobatic movements characterize Ataru. This style looks amazing, but it’s also dangerous to use and impractical for anything but short-term battles, as the practitioner will tire quickly. It also requires a lot of open space to allow sufficiently free movement. Yoda is a noted practitioner of Ataru.

Lightsaber Form 5: Shien / Djem So / The Way of the Krayt Dragon / The Perseverance Form

Shien and Djem So developed fundamentally as a way of turning the highly defense-oriented Soresu into a more offensive style. Shien largely involves techniques for deflecting blaster fire back at an assailant, while Djem So involves quick, powerful counterattacks against an opponent wielding a lightsaber.

Lightsaber Form 6: Niman / The Way of the Rancor / The Moderation Form / The Diplomat’s Form

Niman is essentially a combination of the five earlier forms, taking fundamental elements from each to create a well-rounded dual-lightsaber fighting style. It’s known as “the Diplomat’s Form” because it is intended for Jedi Consular and others for whom combat preparation is not a primary focus.

Lightsaber Form 7: Juyo / Vaapad / The Way of the Vornskr / The Ferocity Form

Juyo is an extremely aggressive, even furious, attacking style that is both physically and mentally demanding. It is said that its practitioners become vulnerable to corruption from the dark side, so Jedi regard this style cautiously (less so the Sith). This is especially true of Vaapad, the variation of this style invented by Mace Windu. Fast, direct, unpredictable strikes are characteristic of Vaapad.

You can’t learn lightsaber combat without the right gear. We’re proud to craft the finest, most durable lightsabers and related accessories available in the galaxy. Find the perfect hilt here and wield your destiny.