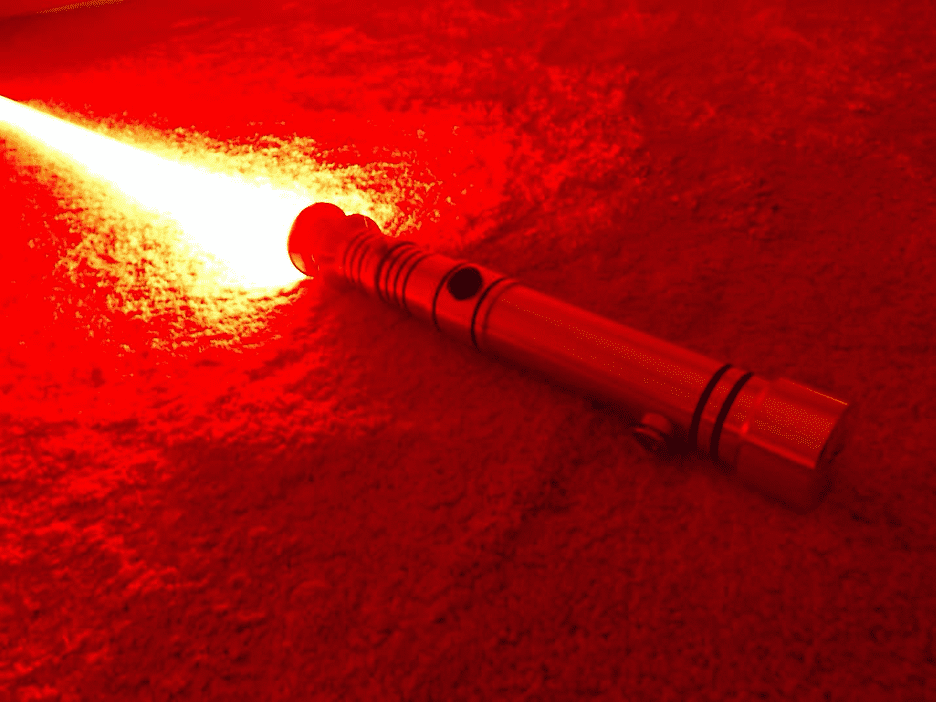 Form VI, Niman, is all about providing the practitioner with a balanced approach to fighting with combat lightsabers. It is unique among the 7 forms of lightsaber combat in that it does not formulate any new moves or tactics, as it is fundamentally a synthesis of the five previous forms. Hence, Niman contains recognizable elements from Forms I through V without, in theory, giving preference to any particular style. The result of this fusion is a form that has no obvious weaknesses, nor any overwhelming strengths.

The advent of Form VI Niman (pronounced NEE-man) is a highly important development in the history of the Jedi Order—not merely due to the popularity of this form, but also because it touches upon several aspects of Jedi philosophy.

The idea behind Niman lightsaber form is to provide the practitioner with a well-balanced approach to lightsaber combat that draws from each of the preceding five forms while avoiding the downsides associated with any of them. While the Soresu expert has difficulty going on the offensive, the Ataru specialist has difficulty doing anything else, and the Makashi user has difficulty with more than one opponent, the lightsaber wielder who relies on Niman is unhindered by these weaknesses. No matter what kind of situation arises, a practitioner of Form VI will be able to meet the challenge with a satisfactory level of skill. That’s why Niman is sometimes called the “jack-of-all-trades” lightsaber form.

In practice, the user of Niman tends to lean toward defense, although they are always prepared to shift into offense if required. It has been speculated that the highly defense-oriented Form III, Soresu, is the true basis of Niman lightsaber form.

Apart from taking moves and tactics from other forms, the Form VI Niman practitioner also customarily calls on the Force to gain an advantage during combat—pushing, pulling, or lifting the opponent as the occasion demands. Due to this auxiliary reliance on the Force, Niman is considered less physically challenging than the previous five forms. The user need not depend solely on their skill with the lightsaber.

According to Legends, Niman is also known as the Way of the Rancor, the Moderation Form, and the Diplomat’s Form.

Niman soon became the favored form for those members of the Jedi Order who were primarily interested in diplomatic activities and other undertakings that generally did not demand expert-level proficiency with the lightsaber. With Niman, a Jedi could be reasonably well prepared for nearly any eventuality. And because Niman lightsaber form does not require highly advanced ability in any particular aspect of combat, it could be learned without absorbing all the practitioner’s time and energy, allowing them to develop other skills of importance to them in parallel with their lightsaber training. This was ideal for many Jedi who felt that martial skill was less important than diplomacy.

As a result of these qualities, Niman became the most commonly utilized Jedi lightsaber combat form in the era leading up to the Clone Wars.

It should be noted that the Jedi are not the sole practitioners of Niman. Non-Jedi specialists in Niman include Darth Maul and the Grand Inquisitor.

The Shortcomings of Niman Lightsaber Form

Popular as it is, Niman has never been universally accepted among the Jedi, with some believing that the form lacks the combat effectiveness of other styles. For these critics, Niman’s emphasis on a balanced approach to lightsaber combat is a liability. A Niman practitioner can attack like an Ataru expert or defend like a Soresu adept—but not as well as those who are truly dedicated to mastering the full range of tactics taught by those forms. Arguably, that limitation is inevitable in a form that is based on generalization, not specialization.

If you’re interested in talking to other Star Wars fans about lightsaber combat forms and similar topics, your next destination should be SaberForum.com, Ultrasabers’ official discussion forum. You can also contact Ultrasabers if you have questions about their battle-ready lightsabers and accessories.