How Did Obi-Wan Kenobi Survive Order 66?

Obi-Wan Kenobi remains one of the most iconic figures in Star Wars lore, a character who has entered popular culture as the personification of the wise mentor. But his life and times were far more colorful and complicated than the casual Star Wars fan realizes.

Born on the planet Stewjon, Obi-Wan was conspicuously Force-sensitive at an early age, which earned him a place in the Jedi Order while still a child. He was a Jedi Padawan under Qui-Gon Jinn, who taught him the path of the Order. Obi-Wan’s valor during the Invasion of Naboo, and specifically his defeat of Sith Lord Darth Maul in a lightsaber duel, led to his promotion to the rank of Jedi Knight. He soon became the mentor of the Chosen One, Anakin Skywalker.

With the advent of the Clone Wars, Obi-Wan assumed the duties of High Jedi General in the army of the Galactic Republic. This put him in charge of vast numbers of clone troopers, the existence of whom he had originally discovered on behalf of the Jedi Order. Eventually, Obi-Wan achieved a hard-fought victory at the Battle of Utapau that concluded with the Jedi Knight’s slaying of General Grievous in one-on-one combat.

All this was the prelude to one of the most tumultuous events in the life of Obi-Wan Kenobi: Order 66 and the subsequent Great Jedi Purge. This order, given by Chancellor Palpatine, resulted in the deaths of most Jedi in the galaxy. Only a handful of Jedi escaped the rampage, Obi-Wan among them.

Obi-Wan’s escape from Palpatine’s purge opened an entirely new chapter in the life of the legendary Jedi Master, and it is an episode in Star Wars history that every fan should learn about.

Where Was Obi-Wan During Order 66?

Obi-Wan was still on Utapau when Order 66 was issued. The Jedi Knight had just retrieved his lightsaber from Commander Cody and was beginning his journey to the battlefield on the varactyl Boga, Obi-Wan’s mount, when Palpatine’s command instantly turned the entire army of clone troopers against the Jedi. Cody received a message sent directly from Palpatine: “The time has come. Execute Order 66.”

Due to the Sith Lord’s ability to manipulate the inhibitor chip implanted in every trooper, the army was incapable of resisting the lethal order. That put Obi-Wan—as well as every other Jedi—in immediate peril.

Just as Obi-Wan was departing the zone, Cody suddenly commanded his men to open fire on him. The blast knocked the Jedi Knight and his mount into a deep pit; they fell a considerable distance before splashing into the lake at the bottom.

The renegade clone troopers assumed that Obi-Wan died in the fall, but they were mistaken. He managed to crawl out of the pit, and soon surmised that the clone army had been somehow usurped and that the tides of the war had turned. Stealthily, he made his way to General Grievous’ abandoned starfighter, the Soulless One. By taking control of this ship Obi-Wan was able to flee Utapau safely.

What Happened to Obi-Wan After Order 66?

Following his departure from Utapau, Obi-Wan met up with Senator Bail Organa and Jedi Master Yoda to determine the right course of action. It was decided that Obi-Wan and Yoda would travel to the Jedi Temple to shut off the falsified retreat message being broadcast. The message was in fact intended to lure any remaining Jedi into a deadly trap.

At the Temple, Obi-Wan replaced the retreat message with an authentic one that warned the Jedi about the danger they faced. Once this was accomplished, the next order of business was to find the newly dubbed Darth Vader, who until quite recently had been known as Anakin Skywalker. Obi-Wan was horrified to learn his former apprentice had fallen to the dark side and was now aligned with Darth Sidious. There was no question that Anakin had to be stopped. 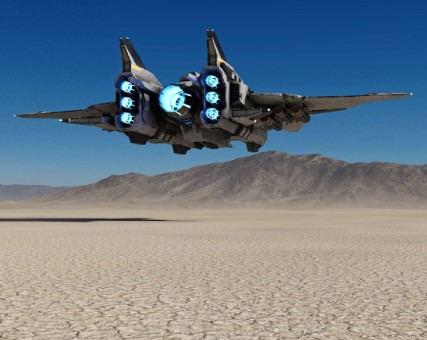 Obi-Wan confronted Vader on Mustafar and engaged him in a lightsaber duel that left the former Anakin Skywalker severely maimed. The victory was bittersweet for the legendary Jedi Master, however. He could take no pleasure in harming his one-time Padawan.

The battle-weary Obi-Wan later exiled himself to the desert planet Tatooine, taking the name “Ben Kenobi” and assuming a hermit-like lifestyle. It was still not safe for any surviving Jedi, so caution was necessary. He spent much of his time here watching over Luke Skywalker. This phase of Obi-Wan Kenobi’s life lasted many years, but he was not gone for good—far from it.

It is likely that more details about Obi-Wan’s life on Tatooine will soon be revealed (specifically in a certain Disney series). To learn more about Star Wars history, please join the thriving online community at SaberForum.com, the official discussion forum of UltraSabers. And feel free to check out UltraSabers’ frequently updated inventory of combat-ready lightsabers and other fun accessories.