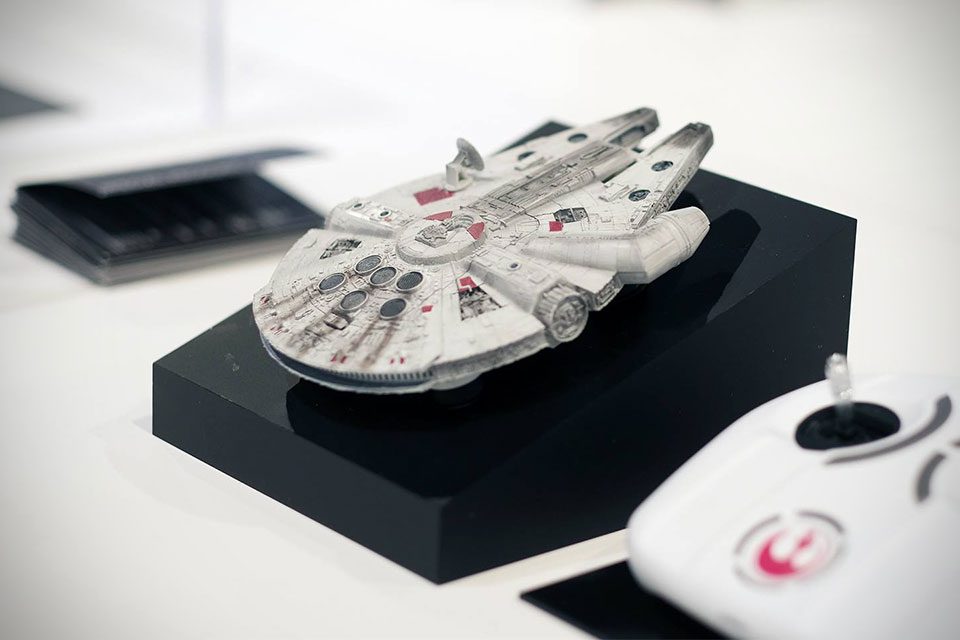 One Hell of a Pilot

Uncle and Aunt burned to a crisp? Ready to put the moisture farming behind you? Feeling compelled to blast a small exhaust port, conveniently measuring around the same size as the Womp Rats you used to bullseye in your old T-16? Well even if your life isn’t in complete shambles or feature a crazy old hermit as your new best friend- you too can pilot the Star Wars vehicle of your choice into battle with up to 11 of your friends!

Grab the controls and let your Taim & Bak KX9 laser cannons do the talking in an all out 6v6 dogfight in the skies! Aviation experts and drone enthusiasts Propel RC have unveiled their lineup of four hand picked ships straight from The Battle of Yavin, reimagined into laser-equipped, combat-ready drone variants.

Knowing that the true purpose of drones here on earth is back-yard battles for supremacy, the aero-nerds at Propel set to work to bring the galaxy’s most coveted designs into the fight. Each drone in the fleet is programmed with various flight settings and modes, such as a hover-state that allows the ships to maintain altitude on their own while dodging and weaving attacks. As pilots graduate from the academy and are ready to defect to the Alliance, more complex modes are available, allowing pilots to add true 360 degrees of control.