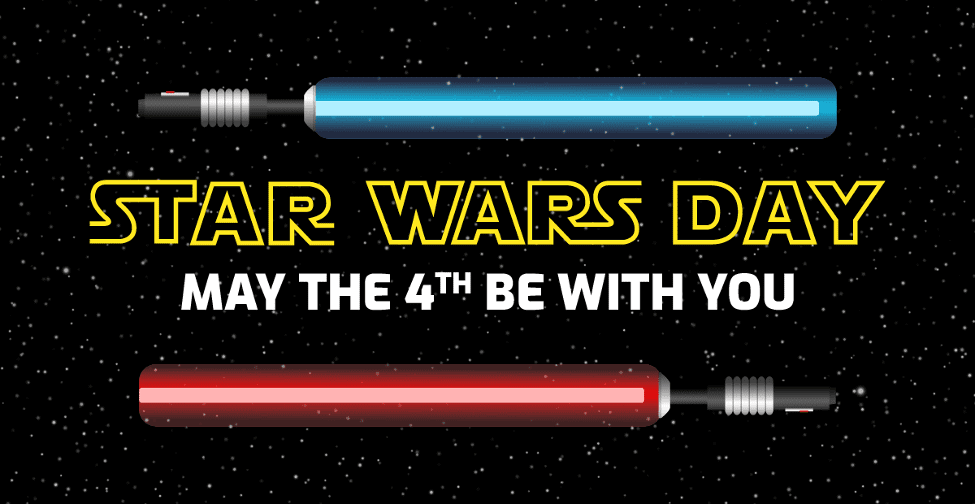 On May 4, 2021, noted actor Mark Hamill posted a message on Twitter whose full significance may have been lost on many who happened upon it: “I’m beginning to accept the fact that I’ll probably never do another movie that gets its own day.” The tweet included a modified image of the original Star Wars poster, now sporting the words, “May the FOURTH Be With You.”

Hamill was referring to Star Wars Day, which lands on May 4th of every year. As you probably have already realized, this date on the calendar was not selected randomly. It is derived from its similarity to the most famous phrase associated with the Star Wars universe: “May the Force be with you.”

What is Star Wars Day? Are you, as a dedicated fan, supposed to do anything in particular on May 4th? As the magical date approaches on the calendar once again, it may be useful to explore the origin and history of Star Wars Day.

The Origin of “May the Force Be With You”

Most fans realize that the phrase can be traced to the first installment of the Star Wars franchise to hit theaters: A New Hope, in 1977. What they don’t realize is where, exactly, it comes from—that is, which character first speaks these now-famous words. A lot of people, including many avid fans, name Obi-Wan Kenobi as the originator of the quote. Believe it or not, this is incorrect.

Kenobi does talk about the Force in A New Hope—several times, in fact. But he says things like, “The Force will be with you—always.” The famous quote never emerges from Obi-Wan’s wise mouth at any point during A New Hope.

The real originator of the phrase, at least in terms of being the first character to say it on the big screen, is General Jan Dodonna. Prior to the Battle of Yavin, Dodonna briefs the assembled Rebels on the weaknesses of the Death Star, and concludes his speech by ordering those present to “man your ships, and may the Force be with you.”

Shortly afterward, Han Solo repeats the phrase to Luke Skywalker as a good-luck benediction. And the phrase has been an immediately recognizable element of Star Wars lore ever since.

The Origins of Star Wars Day

It did not take long for people to link “may the Force” to the aurally similar “May the 4th.” Newspaper ads have been found dating from 1978 promoting “May the Fourth be with you” sales events (although July 4th in this particular case). 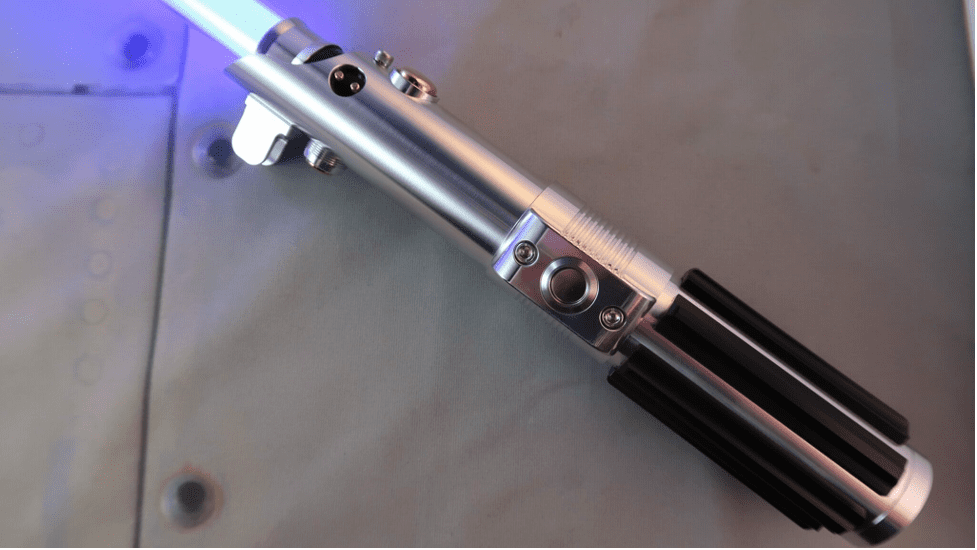 The first major use of the “May the 4th” phrase occurred in 1979, when it was quoted, strangely enough, by the Conservative Party of the United Kingdom. After winning the country’s general election on May 3rd, the Party took out an ad in the May 4th edition of the London Evening News to celebrate. The ad read, “May the Fourth Be With You, Maggie. Congratulations”—this being a reference to the new Prime Minister, Margaret Thatcher.

“May the Fourth” jokes and references popped up on a sporadic basis over the next few decades, such as:

The year 2011 is when the concept of Star Wars Day really began gaining steam. That’s when the Toronto Underground Cinema held an in-person event under this name that involved screenings of the Star Wars movies as well as a costume contest, a trivia game, and other fun activities geared to fans.

In 2013, May 4th finally attained something like official status when The Walt Disney Company, which owns Lucasfilm, launched its first annual Star Wars Day celebration. Since then, Disneyland and Disney World have held a variety of Star Wars-themed festivities on May 4 for fans of this hugely popular franchise.

Star Wars Day got another boost in 2019 when the California Legislature voted to proclaim May 4 as Star Wars Day.

Incidentally, the phrase “May the 4th Be With You” has been officially trademarked by Lucasfilm Ltd. LLC.

How to Celebrate May the Fourth

May the Fourth isn’t really a formal occasion. There is nothing specific that needs to be done in order to observe the date properly. Many fans spend the day saying “May the Fourth be with you” to anyone within earshot. It is widely considered an appropriate response to answer with “And also with you,” a phrase borrowed from Catholic tradition. Some prefer to respond with “May the Force be with us all.”

You tend to see quite a bit of “May the Fourth” activity on Twitter when the big day comes around. Look for hashtags like #Maythe4thBeWithYou, #MayTheFourth, and #StarWarsDay. A lot of fans also choose to mark the day by rewatching one or more Star Wars films. For others, it’s really just a day to take a moment to honor, in whatever way is thought best, the cinematic creation that has been an inspiration to so many people throughout the world.

Revenge of the Fifth?

Some fans have taken to celebrating “the Revenge of the Fifth” on the day following May 4. The name of this “holiday” is of course inspired by Episode III, Revenge of the Sith. May 5th is, therefore, for fans whose allegiances lean more toward the dark side of the force.

However, it should be said that the so-called Revenge of the Fifth is much less widely observed than May the Fourth and has no real “official” recognition. In part, this has to do with the fact the idea for a dark side day hasn’t been around for nearly as long. Also, many fans would rather not have a day dedicated to the dark side at all.

It’s not even agreed that May 5th is the best day for such a holiday. Some fans propose pushing it to May 6th, as “Revenge of the Sixth” sounds closer to the film title that inspires it.

No matter which way you choose to celebrate the Star Wars universe in May, you should consider purchasing a real battle-ready lightsaber to help you observe the occasion. UltraSabers has the best single-blade and double-blade lightsabers in the galaxy. Feel free to contact UltraSabers with any questions you have about their products.