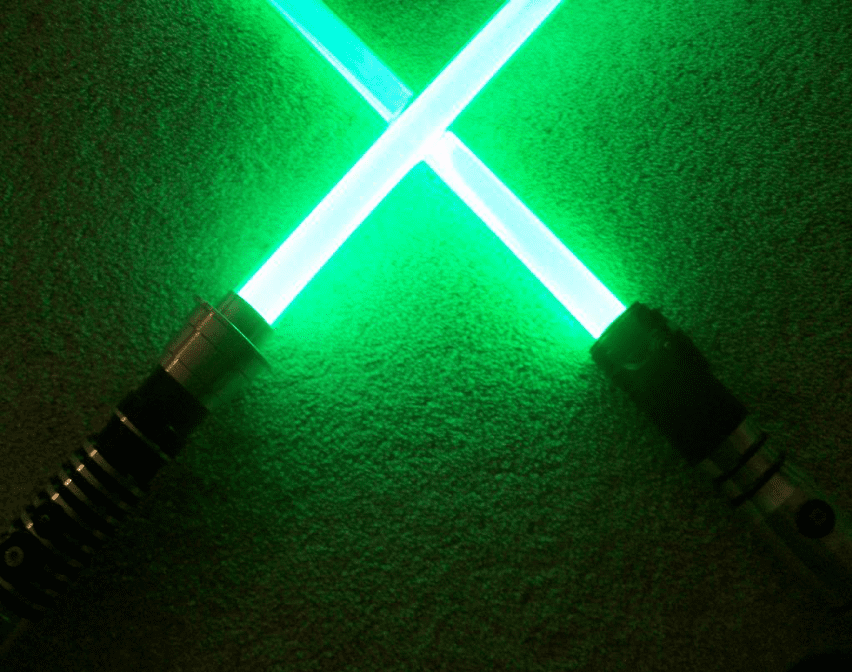 To build your own lightsaber is a highly personal process that expresses and complements the individual’s deepest values, including the nature of their connection to the Force. They’re not randomly chosen components. When you’re assembling your lightsaber, there are multiple considerations to keep in mind, such as your combat style, your sensory preferences, and any wish you may have to honor and continue the example set by a renowned personage who has carried a similar weapon. It’s quite common for people to design their lightsabers to resemble a famous model. For the benefit of those who have such a project in mind, let’s explore the most recognizable single blade sabers found in the Star Wars universe.

When Luke Skywalker first held a lightsaber, it was the one assembled by his father, Anakin Skywalker. This weapon, a standard blue lightsaber with an adjustable blade, was given to Luke by Obi-Wan Kenobi, who took possession of it after besting Anakin (who had already become Sith Lord Darth Vader) in the Duel on Mustafar. But Luke’s second lightsaber was one he constructed himself as Jedi Knight, during the events of the Galactic Civil War. This dazzling green lightsaber is known to Star Wars fans as the first sighting of a lightsaber that deviated from the established red or blue color scheme. Luke modeled his new weapon after Obi-Wan’s lightsaber, and it represented a new stage in the famed Jedi Knight’s journey.

Speaking of new colors in the Star Wars universe, Jedi Master Mace Windu was responsible for another innovation when he unveiled his purple lightsaber (actually amethyst). This weapon was the final lightsaber that Windu built, deriving from his vast knowledge accumulated over the course of a long career in the service of the Jedi. It’s undoubtedly a visually striking blade, but it has other notable elements aside from its coloration, such as a dazzling gold-and-black electrum-plated hilt. That feature was intended to indicate Windu’s senior status in the Jedi Council.

The elegant but ruthless Count Dooku (Darth Tyranus) is one of the most memorable of all Sith Lords, and it is only apt that he would be associated with one of the most extraordinary lightsabers in the Star Wars mythos. Dooku’s red lightsaber is primarily noted for its unusual curved hilt. This special hilt was intended to augment Dooku’s one-handed fighting style, which emphasized flowing movements and precision strikes, by accommodating his grip preferences and natural dexterity. His apprentice, Asajj Ventress, was also known for favoring curved hilt lightsabers.

As with all essentially subjective lists, it’s possible to make a case that the Star Wars universe contains other sabers that are more deserving of a spot in the top three. What about Yoda’s short shoto-style lightsaber? Or Darth Sidious’s twin lightsabers? And who could possibly forget the powerful black-bladed Darksaber? You can always visit our official forum at SaberForum.com to discuss your favorites, and explore the Ultrasabers online catalog for the best lightsabers available for purchase today.