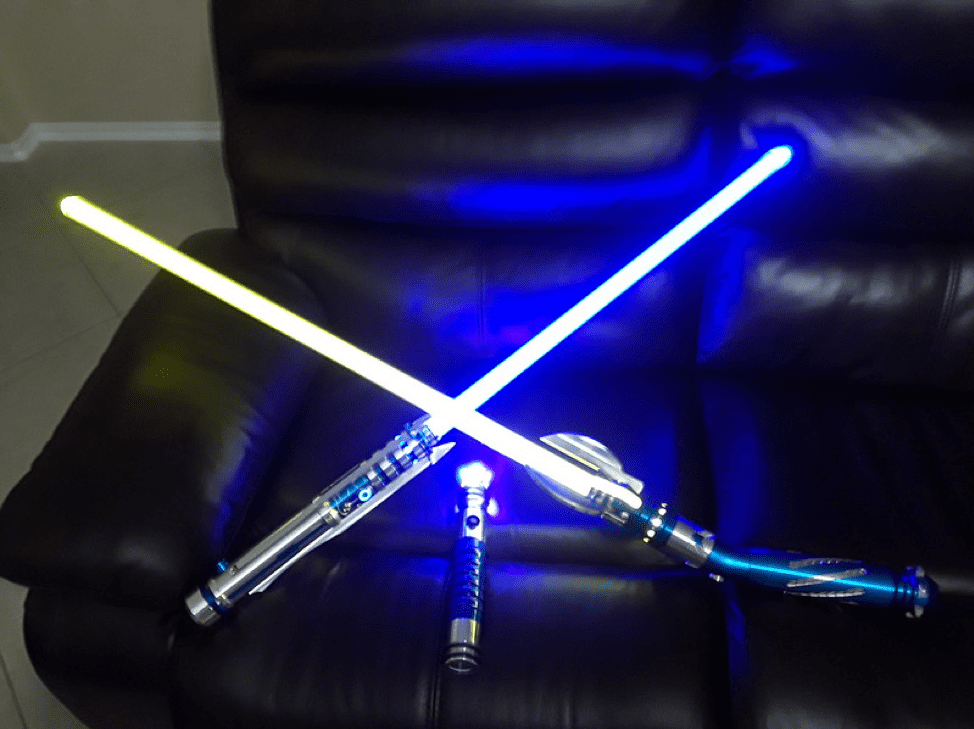 One of the appealing aspects of lightsaber combat, as it is practiced here on Earth, is its ability to accommodate any degree of participation. Whether you want to become proficient in competition-style dueling, or you just want to indulge in a friendly lightsaber fight every now and then, you can find partners who have similar interests.

Those who really get into lightsaber combat, though, tend to really get into it. They want to learn everything they can about the art of dueling with a lightsaber. Some of them even develop an interest in learning how to use Jar’Kai, a combat method to dual wielding their lightsabers. But is that even possible? It certainly is, and that’s what we’ll focus on in this article.

Dueling with Two Lightsabers in the Star Wars Universe

Although it isn’t commonly seen, charging into battle with a lightsaber in each hand has a firm precedent in Star Wars history. Anakin Skywalker wielded two lightsabers (albeit with little success) during his battle against Count Dooku on Geonosis. In addition, the dreaded Sith Marauders, who fought in the Cold War, were notorious for their advanced skill with dual wielding lightsaber attacks.

Dueling with two lightsabers is often an improvised tactic during battle—e.g., you grab another saber because a fallen fighter abandoned it nearby. There is also, however, a distinct fighting style that revolves around the use of two lightsabers. It’s called Jar’Kai, one of the most dynamic of all lightsaber fighting styles.

If you want to learn how to use two lightsabers simultaneously, then you need to know about Jar’Kai (“Kai” rhymes with “high”). Jar’Kai is simply the art of employing more than one lightsaber in battle. This generally involves holding a single-bladed saber in each hand during lightsaber combat, although other configurations, such as single-blade plus double-bladed lightsaber, are possible as well. Jar’Kai’s noteworthy practitioners include but are not limited to Obi-Wan Kenobi, Darth Maul, Darth Sidious, General Grievous, Asajj Ventress, and Ahsoka Tano. Incidentally, Jar’Kai shares many similarities with Niman (Lightsaber Form VI).

As you can imagine, Jar’Kai is not for beginners. It’s difficult enough to master one lightsaber, much less two of them. For those hardy souls who wish to delve into this venerable fighting style, here are some tips:

Of course, learning how to use the dual wielding lightsaber style effectively, is a life-long process. You can learn a lot of useful information on this topic in our official forum at SaberForum.com. Don’t forget to explore this website for the best lightsaber equipment in the galaxy; feel free to contact us with any questions you have about our inventory.