How Did Kanan Jarrus Survive Order 66?

Kanan Jarrus—born as Caleb Dume—is a relatively recent addition to Star Wars canon, but he has already become well established as a vital figure in this ongoing saga. The biography of this noted Jedi Knight is one dotted with tragedy. He was a Padawan, under Jedi Master Depa Billaba, at the time of the Clone Wars. This naturally proved to be a tumultuous time for the inexperienced Kanan, in which he survived the bombing of the Jedi Temple and various other perils.

Jarrus escaped the carnage brought about by the notorious Order 66 enacted by Darth Sidious, which resulted in the deaths of a vast number of Jedi, including Depa Billaba, and went into hiding. With no option to resume normal life, Jarrus stayed underground for years, rarely remaining in the same area for long, attempting to stay as far from Emperor Palpatine’s murderous wrath as possible.

Eventually, however, Jarrus joined the crew of the Ghost, a rebel starship operated by Hera Syndulla. He was able to use his Jedi training and considerable combat acumen in the struggle against the Empire. During a pitched battle on the planet Lothal, Jarrus gave his life to save his crewmates. The famed Jedi Knight became one with the Force.

This is a brief overview of the life and times of Kanan Jarrus that glides over a detail that might catch the attention of dedicated fans: What, exactly, was Jarrus doing after Order 66? How did he survive when so many of his Jedi companions did not? As it happens, his escape from the Great Jedi Purge was no accident, and it involves an episode in canon history that any fan should become familiar with.

Jarrus was still known as “Caleb Dume” at the time of the Clone Wars, which broke out when he was around eleven years of age. Although quite inexperienced, he had been educated in the Jedi way from a very early age on Coruscant, and managed to persuade Jedi Master Depa Billaba to take him on as her apprentice.

Young Dume accompanied Billaba on various skirmishes during the Clone Wars, such as the Third Battle of Mygeeto and the Battle of Kaller. During this period he also received valuable instruction from Ballaba on the art of Form III, Soresu.

This phase of the young Padawan’s life came to a crashing halt when Order 66 was enacted. Order 66, issued by Sheev Palpatine, commanded Republic clone troopers to execute Jedi on sight. The biochips implanted in the troopers’ brains rendered them incapable of resisting the command.

Dume was with Jedi Master Depa Billaba when they were attacked by clones intent on eliminating them in summary fashion. Billaba told Dume to flee. Reluctantly, he did—leaving Billaba to be murdered by the clones.

What Jarrus Did After the Clone Wars

Following the slaughter that ensued due to Order 66, Dume was forced to live the life of a fugitive in an effort to avoid those who had been commanded to kill him. He became acquainted with the Kallerian scoundrel Janus Kasmir, whose starship, the Kasmiri, played a role in numerous criminal endeavors. Under Kasmir’s influence, Dume became a thief and a smuggler. He also took steps to shed the Jedi identity that could expose him.

Dume decided to cut off the Padawan braid that is used by the Jedi Order to identify individuals of that rank. In addition, Dume put away his Jedi lightsaber and replaced it with a blaster. As a final step, he shed his old name: Caleb Dume became “Kanan Jarrus.” All this was necessary to keep the newly renamed Kanan Jarrus out of danger—for he, like all surviving Jedi, was still marked for death. 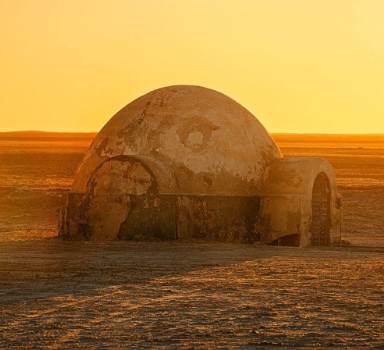 However, Jarrus did not abandon the Jedi cause for good. He later became acquainted with Hera Syndulla, an important revolutionary figure in the early years of rebellion against the Galactic Empire. Jarrus became a crew member on her ship, the Ghost, and lent his talents to the cause of restoring the Republic to power. He also trained Ezra Bridger in the Jedi path. This is a phase of Jarrus’ life that itself is worthy of study, but it extends beyond the scope of this article.

Jarrus’ turbulent career came to a premature end when he sacrificed his life to save his crew of the Ghost—an event that parallels the death of his former Jedi Master.

Kanan Jarrus was not the only Jedi to survive Order 66. Several others did as well, and like Jarrus, they went on to play an important role in preserving the Jedi cause.

Interested in discussing Star Wars history further? You can always head on over to SaberForum.com if you’d like to take part in a very active discussion board. And for the best battle-ready lightsabers in the galaxy, be sure to explore UltraSabers’ large product inventory.