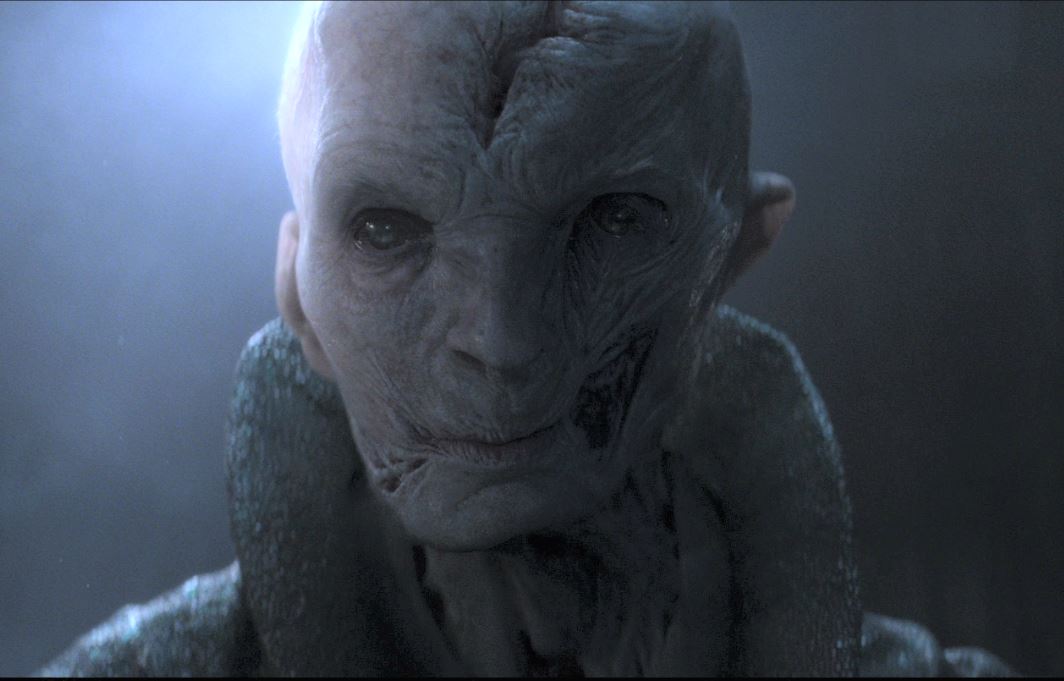 Who is Lord Snoke?  With the release of the latest Star Wars film: The Force Awakens, fans were introduced to the mysterious and malevolent Lord Snoke, master of Kylo Ren and Supreme leader of the First Order.

At the movie’s release, not much was known about the ghostly giant, who spent his time on camera as a hologram projection that seemingly whispered its orders and detailed his plot to hunt the last of the Jedi. Through Marvel Comics’ phenomenal lineup of titles and Disney’s Star Wars Rebels TV series, more and more about Snoke’s past has been revealed, but there is still so much that is unknown.. Or is there?

Another fan theory has joined the legions circulating the internet… Born from the mind of Robert Myrick of MoviePlot.com, the well-defended theory presents the idea that we may have already met supreme leader Snoke in his younger days, and if proven to be correct will give the Star Wars universe its next “I’m your father” moment… Check it out at looper.com , and let us know what you think!