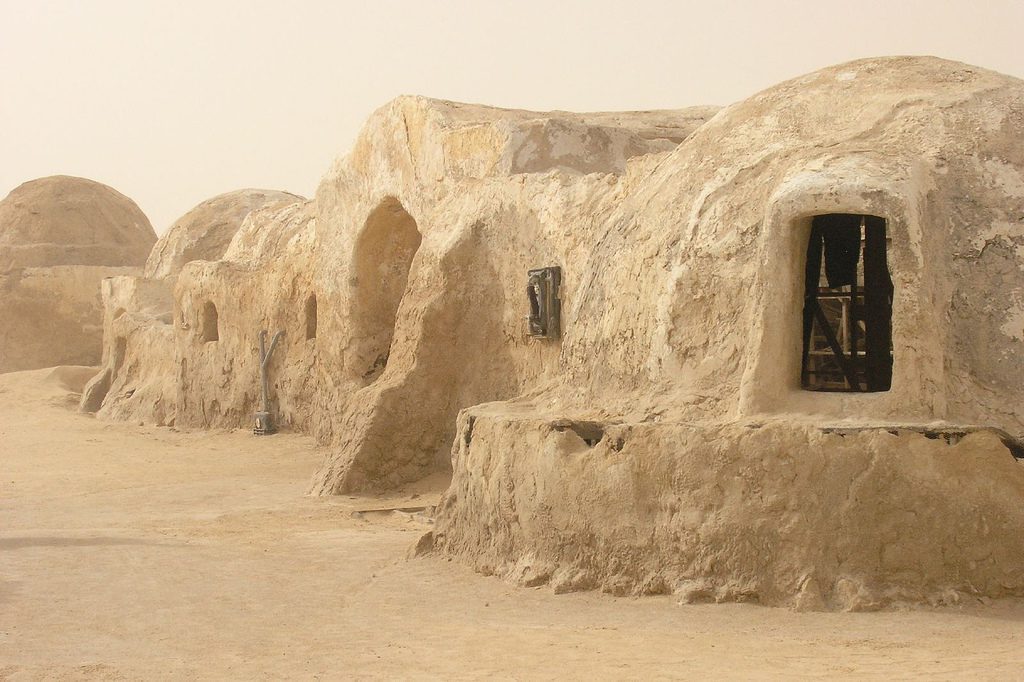 What Planet is Luke Skywalker From?

Jedi Luke Skywalker fought in the Galactic Civil War, worked to defeat the Galactic Empire, and forged a path for the New Republic and the New Jedi Order. He brought his father Darth Vader back to the light side and helped restore balance to the Force.

But before becoming one of the most powerful Jedi in the galaxy, Skywalker lived the life of a simple farmer, trying to harvest water for his family on a desert planet.

Where is Luke Skywalker From?

Two days after Supreme Chancellor Palpatine proclaimed that the Republic would be reorganized into a Galactic Empire, Luke Skywalker was born on the asteroid of Polis Massa. His twin sister Leia was born shortly after. Their mother, Galactic Republic Senator Padmé Amidala, died shortly after giving birth to them.

Because their father Anakin Skywalker turned to the dark side, becoming Sith Lord Darth Vader, the twins were sent into hiding for their protection. Leia was adopted by Senator Bail Organa and his wife, the queen of Alderaan. Leia was sent to Alderaan to be raised as Princess Leia Organa. Luke was sent to Tatooine to be raised by his aunt and uncle.

So while Luke was born on an asteroid, his home planet is Tatooine. Anakin’s step-brother Owen Lars and his wife Beru (Luke’s uncle and aunt) raised Luke on Tatooine—the very same planet that Anakin Skywalker grew up on.

Tatooine was a desert planet located on the outer rim of the galaxy in the Tatoo system. The planet was constantly tormented by not one, but two scorching suns. This left the surface of the planet dry, with no vegetation and very little water to support living beings. The primary terrain was deserts, canyons, mountains and rocky bluffs, with only 1 percent of the planet’s surface being made up of water. In addition, frequent sandstorms wreaked havoc on local populations. Thus, the whole planet had a very small population of only 200,000. Many residents had to obtain water from the atmosphere by using moisture farms.

There were two species native to the planet, Jawas and Tusken Raiders. Jawas were sentient creatures about a meter in height that hid underneath heavy robes, so you could only see their red eyes, not their faces. It was rumored that they were giant rodents or devolved humans, but no one knows for sure. Tusken Raiders, more commonly referred to as Sand People, were hostile to those who tried to settle on Tatooine. They attacked small settlements of people and stole the water from people’s moisture farms.

Despite the hostility of the Sand People, a wide variety of species settled on Tatooine, including the Advozsec, the Bith, Defels, Dugs, the Er’Kit, Hutts, the Ishi Tib, Klatooinians, Lutrillians, Morseerians, the Nikto, the Pacithhip, the Quarren, Rodians, the Siniteen, Stennes Shifters, Toydarians, Twi’leks, Weequays, Gamorreans, Humans, and more. The wide range of immigrant species can be seen most notably in Jabba’s Palace, the base of Jabba the Hutt’s operations, on Tatooine.

With the support from his aunt and uncle, Luke was an adventurous youth who desperately wanted to leave the dry deserts Tatooine to fulfill his dreams.

Before Luke Skywalker became the famous Jedi we all know him as, he was a tenacious young boy on Tatooine.

Skywalker spent most of his youth on his Uncle’s moisture farm, but had bigger plans for himself than being a farmer. During the Great Drought, Jabba the Hutt collected a water tax on Tatooine’s residents, stealing water from moisture farmers like Skywalker’s uncle’s. At the age of eight, Skywalker tried to return the water by taking on Jabba’s henchmen at night.

Kenobi, who was looking after Skywalker from afar, came to Skywalker’s rescue and disabled Jabba’s thugs. In the scuffle, Skywalker was pushed to the ground and knocked out. Kenobi then carried him home. Skywalker woke up the next day without knowing who saved him.

On other occasions, Skywalker would shoot Womp rats or race through a dangerous Canyon on Tatooine with his skyhopper. He also helped save his uncle when Lars was captured by a Wookiee bounty hunter. Obi-Wan Kenobi came to rescue Lars, but Lars was pushed off a cliff. Luckily, Skywalker was there to catch Lars with his skyhopper.

Once Obi-Wan Kenobi revealed that Luke’s father was a Jedi Knight, Luke told Kenobi that he was ready to leave Tatooine, famously remarking, “I want to come with you to Alderaan. There’s nothing for me here now. I want to learn the ways of the Force and become a Jedi like my father.”

And that was the start of Luke Skywalker’s journey across the galaxy.