How Did Reva Survive Order 66?

The Star Wars universe includes a vast array of legendary figures, some allied with the light side of the Force, many others with the dark side. Among the most fascinating individuals are the ones whose Force allegiance shifted over the course of their lifetime. The most famous example of this phenomenon is Anakin Skywalker, the Jedi Knight who underwent a dramatic transformation into Darth Vader, the Dark Lord of the Sith. But there are others with similarly tortuous personal histories, and as the Star Wars mythos continues to evolve, more and more of these individuals claim their place in canon.

One of the most recent of these conversion stories to gain prominence belongs to Reva Sevander. She burst onto the scene as the Third Sister, an Imperial Inquisitor noted for her strong, ruthless personality and reckless aggression in pursuing whatever task is at hand. Yet, as viewers of the Obi-Wan Kenobi TV series soon learned, there was much more to Reva than single-minded devotion to Darth Vader and the Grand Inquisitor.

There was in fact a time in Reva’s life when she was quite far from the reach of the dark side. Early in life she was even a Jedi youngling, who alongside many of her peers trained at the Jedi Temple in Coruscant. This relatively idyllic time in her life came to an abrupt end due to one of the most momentous events in the history of the galaxy: Order 66.

Order 66 was enacted at the command of Darth Sidious during the Clone Wars. This was a secret order that caused clone troopers all over the galaxy to turn on the Jedi and summarily execute them. The order, which the clones found nearly impossible to resist as a result of their implanted biochips, turned out to be a brilliantly successful stratagem for the Galactic Republic. The ensuing carnage has been memorialized as the Great Jedi Purge; it led to the deaths of almost all adherents of the Jedi cause.

Almost all—some Jedi managed to escape. Reva Sevander was one of these.

When Order 66 was enacted, Reva was at the Jedi Temple, which soon became a target for the marauding clones. The frightened younglings ran to safety. When Anakin Skywalker arrived on the scene, they asked for his help—but this was a tragic error. They had no way of knowing that Anakin had fallen to the dark side and assumed the mantle of Darth Vader. Having been commanded by Sidious to kill all Jedi at the Temple, Anakin would not spare even the younglings; he used his lightsaber to slaughter every single one he could find.

Reva was herself skewered by Anakin’s lightsaber. But the blow was not lethal—it is said that she drew upon the dark side to keep herself from dying. She also successfully feigned death to avoid further brutality. This enabled Reva to survive the Great Jedi Purge, but the course of her life had unalterably changed. She was consumed with the desire to kill Darth Vader, the man who had murdered so many of her companions.

A decade after the violent events of Order 66, Reva Sevander, her Jedi Temple past well behind her, was revealed to be a member of the Inquisitors, the band of dark side devotees entrusted by the Sith with the task of hunting down the surviving Jedi. Named the Third Sister, she was under the direct command of the Grand Inquisitor, but the relationship between commander and follower was a rocky one. The headstrong Reva always had her own ideas about what needed to be done. This caused a considerable amount of friction between them. 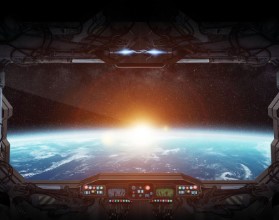 Although the Inquisitors were out to snare Obi-Wan Kenobi, Reva was secretly engaged in her own private mission. She remained haunted by the carnage at the Jedi Temple, and was determined to use her position as a trusted Inquisitor to gain the opportunity to murder Darth Vader. To this end, she attempted to capture Obi-Wan at any cost. This effort placed her once again at odds with the Grand Inquisitor, leading to a confrontation in which Reva delivered an apparently killing blow with her lightsaber.

Reva eventually managed to capture Obi-Wan, who correctly ascertained the former youngling’s real plan and agreed to aid her in the endeavor. What neither realized, however, is that Darth Vader knew of Reva’s secret designs and was well prepared to thwart her plot. Reva’s subsequent attempt to kill Vader failed disastrously; once again she found herself on the receiving end of a near-fatal lightsaber blow.

Recovering from this setback, Reva redirected her efforts to locating the young Luke Skywalker on Tatooine with the aim of killing him. She knew—as Vader himself did not—that Luke was the son of the Dark Lord. But while pursuing this deadly mission on Tatooine, Reva’s devotion to the dark side began to abate. Unwilling to commit the kind of bloody act that she had witnessed as a Jedi youngling during Order 66, she declined the opportunity to murder Luke, and instead decided to return him safely to the Skywalker farm. She was free of the dark side at last.

Be sure to explore the inventory of battle-ready lightsabers available at UltraSabers.com for the finest accessories in the galaxy.