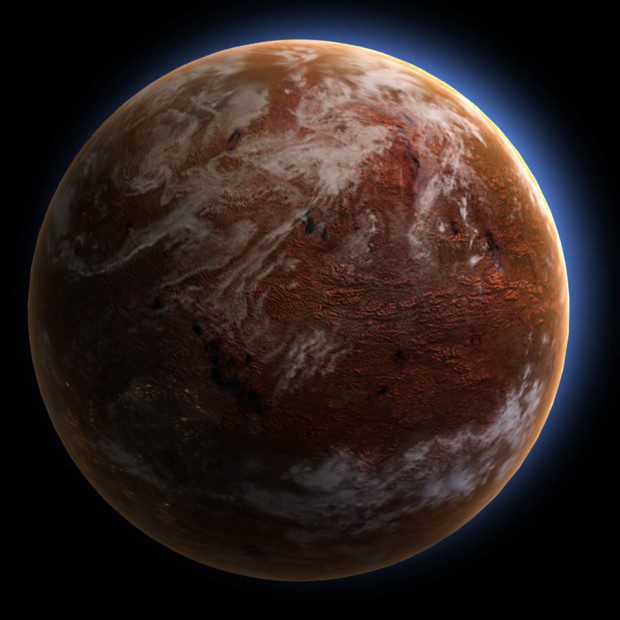 We all know of the Sith as powerful lords who ruled using the power of the dark side. Sith Lords are often seen as the counterparts to Jedi Masters, using the powers of the Force for destruction and evil, rather than balance and peace.

The title “Darth” was given to Dark Lords who were a part of the Sith Order in place of their birth name. Darth Vader, Darth Maul, and Darth Sidious were among the most infamous Sith Lords in the galaxy.

The Sith wreaked havoc on the galaxy, destroying planets, annihilating civilizations, torturing the innocent, and ensuring the subjugation of the masses. But before the Sith were setting their sights on dominating the galaxy, what were they? How did they get to be so evil? Just exactly where did the Sith come from?

Before the Sith became the dark lords we know them as, they were merely a different humanoid species. The Sith species were also known as Red Sith or Sith Purebloods. Originally, “Sith Lord,” just meant a high-ranking member of their society.

They had red or obsidian colored skin; red, brown or black hair and red, orange or yellow eyes. Sith younglings tended to be brighter red in color, then their skin developed to deeper hues of crimson as they age. Some, however, still had hints of pink in their skin even in adulthood.

Distinctive of the species were facial appendages, some looking like tentacle beards, and other bone spurs on various parts of their body. The Red Sith also had pointed teeth, horns on their heads, small noses, and simian mouths. Most of them had three clawed digits on each hand, and three on each foot, but some had five.

The species was consumed by infighting and savagery, almost in a constant state of war with each other. Despite this, the Sith did not see themselves as savages, nor barbaric. The Sith themselves were a very sophisticated species. They saw war and fighting as simple facts of existence.

Standard practice in Sith culture was eating blood soup, live sacrifices, and the use of alchemy and magic. Sith alchemy was a scientific practice of the Sith that involved permanently changing an item or living being using the dark side. Such power is rejected by the Jedi as an act of treason. Sith magic included the use of spells and incantations to focus the power of the dark side. Using their knowledge of sorcery, the Sith were able to accomplish feats such as making a star go supernova. They also imbued artifacts, talismans, other objects and even living beings with power from the dark side. They practiced these magical techniques before encountering Dark Jedi.

So, what is the origin of these powerful, advanced beings with a seeming tendency toward evil?

Where did the Sith come from?

History of The Sith Homeworld

Records show their civilization began around the year 100,000 BBY, but forgotten histories could have dated back even further.

The Sith civilization started evolving on the ancient Sith homeworld, the planet Korriban. Due to the nature of their species, their existence on Korriban was dominated by wars between various Sith nations.

Korriban is 16,890 kilometers in diameter and located in the Outer Rim Territories of the galaxy. The outer rim is the largest region in the entire galaxy, but it is sparsely populated. It’s located just before Wild Space and the Unknown Regions. The Unknown Regions were areas that were mapped, but mostly left unexplored, and Wild Space was completely unmapped (i.e. no one had any idea what was in wild space). The outer rim was home to a wide array of rugged and primitive worlds, including Tatooine, Yavin and Dagobah. Planets in the Outer Rim Territories were historically less civilized than those in the Core Worlds.

The planet was originally called Korriban in a 1994 comic book, but in the animated television series “Star Wars: The Clone Wars,” they called the planet Moraband. The producers of the “The Clone Wars” initially used the name Korriban, but George Lucas preferred the name Moraband, so it was changed to meet his wishes. Lucasfilm, however, noted that the planet may have had several names throughout its existence. The planet is recognized as both Korriban and Moraband, but referred to as the only Moraband during and after the Clone Wars.

While the atmosphere on Korriban was breathable, the climate was warm and dry with cold winds. The terrain of Korriban was filled with mountains, canyons, red sands, dry riverbeds, and other ruins. When the planet was populated, their major imports were food, high technology, raw materials, and weapons. Major exports were Sith artifacts.

It wasn’t until 30,000 BBY that the Sith people became unified under the rule of King Adas, who was declared the ultimate being, or Sith’ari. Adas formed the Sith Empire (later known as the Old Sith Empire), in 28,000 BBY. He ruled for three whole centuries. This all happened before the industrial age. In 27,700 BBY, the Sith were visited by the Rakata, who tried to manipulate the King. Adas was able to drive them away from Korriban, but in defending his planet he lost his life.

But the Rakata left remnants of their space crafts on Korriban, allowing the Sith to plunge into the space age. The Sith were able to use their new ships to conquer nearby worlds, including the planet Ziost. After conquering Ziost, they moved their capital from their ancient planet Korriban to Ziost. Though the primary Sith homeworld is considered Korriban, Ziost also became one of their homeworlds starting in 27,700 BBY.

But with King Adas dead, the Sith started to regress back to their old infighting. A civil war in 7,000 BBY ended up leaving most of the planet Korriban in ruin.

In 6,900 BBY, a group of exiled fallen Jedi who were fleeing from the Battle of Corbos landed on Korriban. These dark Jedi attempted to conquer the Sith species and steal their knowledge. The Sith tried to protect their knowledge of the dark side, but the Jedi were able to seduce them using their knowledge of the Force. The Sith were blown away by the fallen Jedi and how they used the force. The Dark Jedi used that to their advantage and pushed themselves up until they had a god-like status on Korriban. They then became the rulers of the Sith people on Korriban.

During the course of the next 2,000 years or so, the Dark Jedi used Sith alchemy to allow for interbreeding between the Jedi and the Sith. This interbreeding spanned across hundreds of generations and ultimately led to hybridized offspring who became the new ruling class. This also led to the term “Sith” being used for not only the original members of the Sith species, but also the Dark Jedi Masters and the hybrid offspring.

These events opened the door for a new Sith Empire. Built on the foundation of Sith sorcery, Jedi knowledge, and the dark side, the Sith Empire sought to conquer new worlds. At the height of the Golden Age of the Sith, the empire ruled over at least 120 different worlds. When the Sith Empire was flourishing, Korriban had a population of 9.6 billion, nearly 94 percent of whom were a part of the Sith species.

In 5,000 BBY, this isolation was broken. Two young hyperspace explorers from the Republic, Gav and Jori Daragon, found Korriban by accident in 5,000 BBY.

With the new knowledge of the existence of the Republic, Sith leaders decided to try to conquer the Republic to gain new territory and distract from the infighting on their own planet. This led to the Great Hyperspace War between the Sith Empire and the Old Republic. Both the Jedi and the Sith built giant super-weapons using kyber crystals to try to fend off the other.

During this war, Coruscant, the capital of the Republic became a major battleground. The Sith attacked Coruscant and built a shrine of power on a mountain at the center of the planet. The world was highly contested, but the Jedi managed to push the Sith armies out of Coruscant. The Jedi later created a temple above the shrine to contain the dark energy that the Sith left there.

After the Great Hyperspace War, Korriban was abandoned, left as a barren mausoleum instead of the flourishing civilization it once was.

All the while, the Sith homeworld of Korriban remained desolate. After the planet was abandoned at the end of the Great Hyperspace War, it remained relatively empty.

However, it still housed the graves of former Sith Lords and is considered a sacred place for the Sith.

The Valley of the Dark Lords was a section of the planet that contained a variety of monuments, which functioned as crypts containing the tombs of dead Sith Lords. The valley was originally constructed to be burial ground for Kings, but the Exiles of the Jedi Order added their own tombs to the valley. In addition to the tombs, the valley also held the ancient Sith Great Temple and the Sith Academy, which was used to train those who were Force-sensitive in the ways of the Sith.

The Sith Temple was the largest monument on Korriban. It contained the tomb of the Sith Lord Darth Bane and an execution chamber where the ancient Sith used to kill large groups of Jedi prisoners. Darth Bane, who was the sole survivor of the war against the Jedi order, was honored not only for surviving the Jedi–Sith war but for his establishment of the Rule of Two. Bane recognized that it was greed and infighting that led to the destruction of the Sith. He, therefore, created the Rule of Two, a Sith philosophy mandating that only two Sith Lords exist at a time: a master and an apprentice.

Yoda visited Korriban in 19 BBY, on his journey to discover the secrets of eternal consciousness. While on the planet, Yoda entered the tomb of Darth Bane. Yoda was met with a vision of the ancient Sith Lord, where Bane tried to convince him to turn to the dark side. Yoda also encountered visions from Darth Sidious, trying to convince Yoda to help him win the Clone Wars. Yoda refused both temptations and left Korriban behind.

Eventually, Yoda is successful in unlocking the secrets to eternal consciousness. While Bane lies dead in the crypts of the Sith homeworld, Yoda’s consciousness lives on in the form of a Force ghost that reappears in Episode 7 and Episode 9.