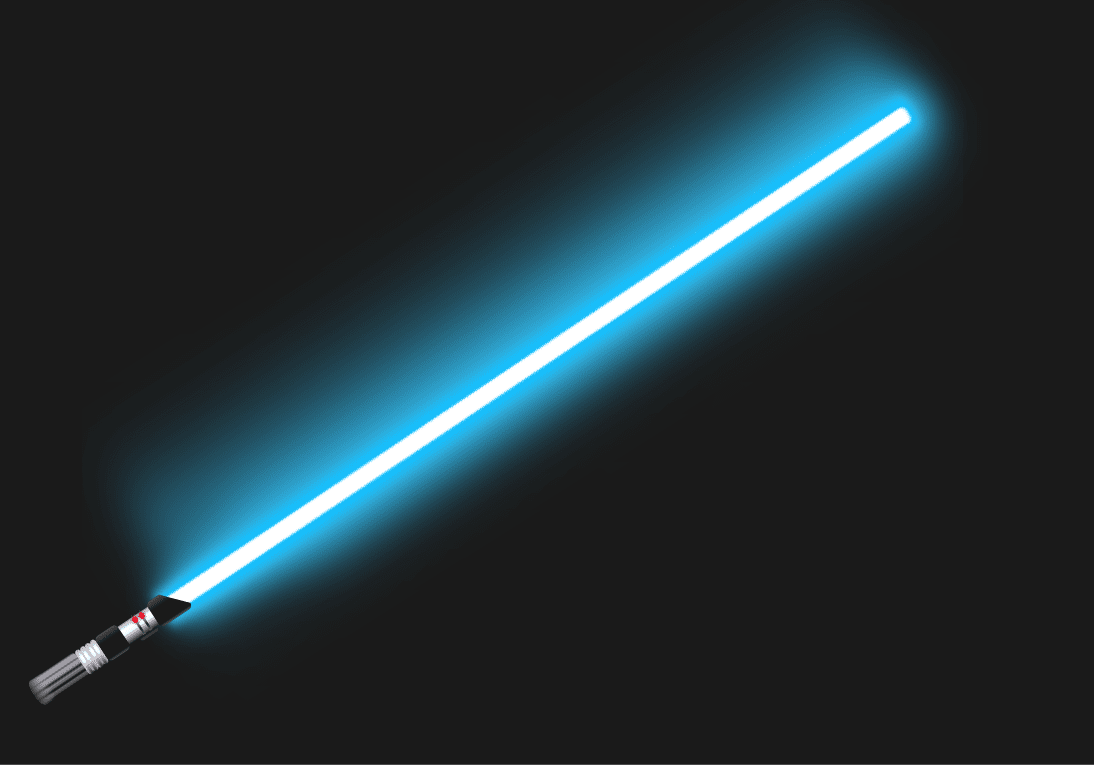 How are lightsabers made?

The color is produced from crystals that resonate in the blade. The crystals are found in Crystal Caves in the Adega, Ilum and Dantooine planets. Each crystal is unique and produces different colors and abilities. Before the crystal could be placed in the lightsaber, the Jedi or Sith has to reflect on the crystal and instill the Force in them.

While Jedi only use natural crystals, Sith usually used red synthetic crystals made from a special furnace. The synthetic crystals were favored by the dark side because of their vicious properties. It is inferred that the user’s personality is the determining factor of the color. However, the Force that guides the user to the crystal also plays a part in the creation of the crystals color.

In this article, we will be focusing on the blue lightsaber, the meaning of the color, and who wields it.

Blue lightsabers are the most common colored lightsaber in the Star Wars universe. The blue lightsaber was one of the original two, with the other being red as depicted in the first Star Wars film Episode IV: A New Hope.  The battle between the Sith and Jedi is most easily described using the clashing colors of red and blue. A never-ending rivalry between evil and good, Dark Side and Light Side.

On one end of the spectrum, the Sith fighting for control of the galaxy.  And on the other, the Jedi, whose sole purpose is to prevent tyranny and destruction from squashing hope and justice. Red lightsabers, representing wickedness, supremacy, and rage, are directly opposed by blue lightsabers.  Blue lightsabers represent righteousness, valor, and bravery.

Jedi Are the Wielders of the Blue Lightsaber

Jedi Guardians are most commonly seen wielding blue lightsabers.  These individuals are highly skilled in the way of lightsaber combat, and typically incorporate less Force attuned powers such as leaping acrobatics and telekinesis in their technique.  Known for a powerful flurry of sword movements, blue lightsaber wielders fearlessly attack their opponents head-on, never shying away from a battle.

The blue lightsaber meaning, at its very core, is to serve as a protector and gatekeeper, promising safety from the evil that that tortures harmonious creatures of the galaxy.  No matter how far, a Jedi Guardian is determined to seek out evil and extinguish its hold on the peaceful beings that the Sith torment.

In some cases, their courage can be their downfall, leading to devastating injury or death.  Their actions are defined so strongly by their feelings, that they occasionally fail to see obvious obstacles or problematic scenarios that lie in their path.  An excellent example of this is when Luke Skywalker ferociously dueled his father, Darth Vader, and was blinded by his emotion that Luke suffered the loss of his lightsaber hand and blue lightsaber.

Jedi of all ages, skill, ability, and species carry this color saber.  It is an identifying symbol that brings faith into the heart of the seemingly hopeless sufferers of evil.  Jedi who carried these lightsabers would many times serve as frontline military leaders. The first to charge into battle, and the last to leave.

The legends of their victories travel far and wide, reaching even the most desolate and isolated regions of the galaxy.  They are selfless individuals that are willing to sacrifice their own lives if it means that they may spare another. Blue lightsabers have been wielded by a number of famous Jedi including Obi-Wan Kenobi, Anakin Skywalker, and Ki-Adi-Mundi.