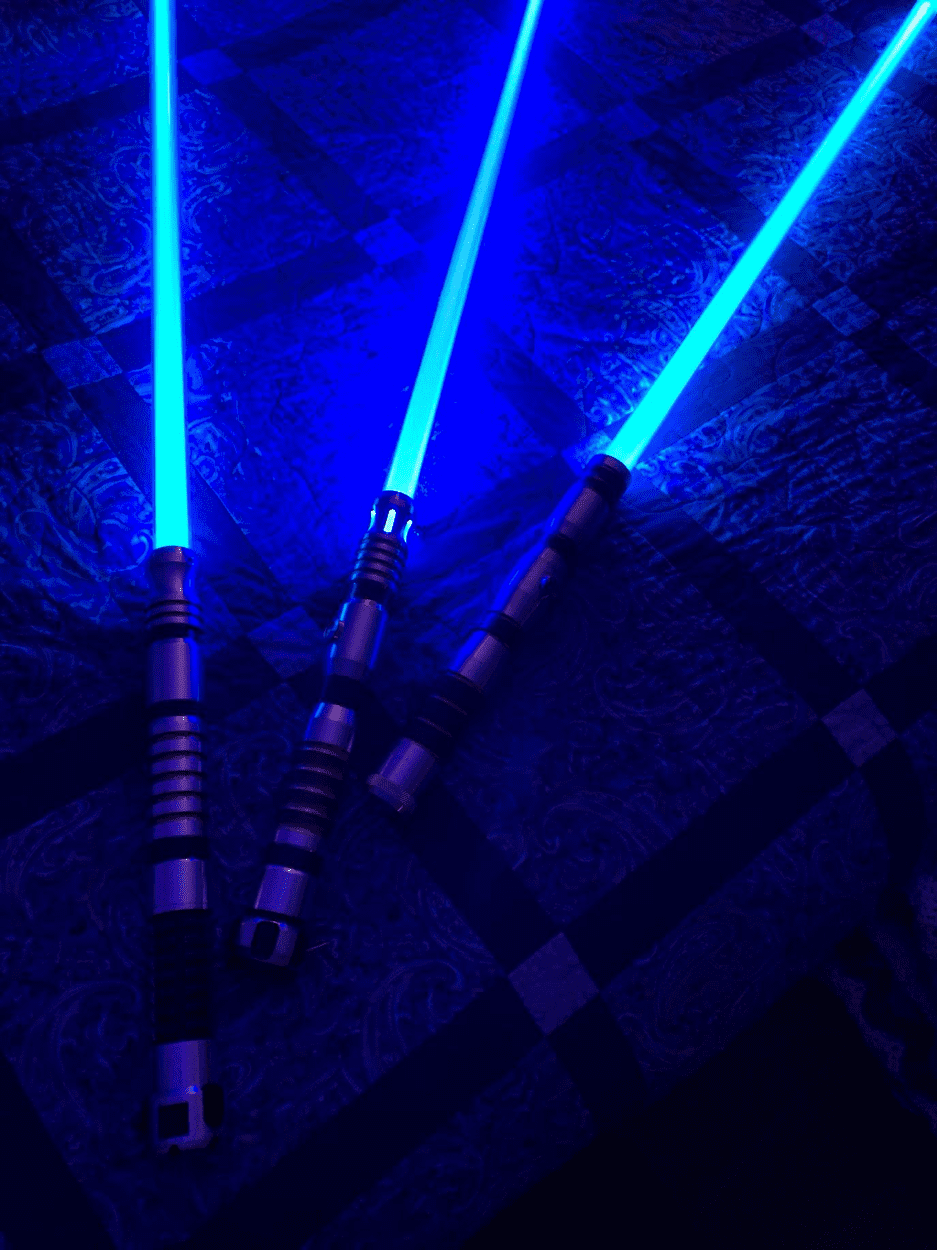 Who Has a Blue Lightsaber in Star Wars?

The blue lightsaber is easily one of the most common in the Star Wars universe. There is a simple reason for this: It is the standard color of the lightsabers used by the Jedi, the stalwart guardians of peace and order. Only the red lightsaber of the Sith—the Jedi Order’s eternal enemies—rivals the blue saber in terms of prevalence across the galaxy.

For that reason, the list of Star Wars characters with blue lightsabers is extremely long—too long to cover in an article of reasonable length. What follows is a non-comprehensive overview of the more famous wielders of the blue lightsaber.

Famous Users of the Blue Lightsaber

The blue lightsaber has been carried by many Jedi, including but not limited to the following:

Luke Skywalker – When Luke took possession of his father’s lightsaber on Tatooine and turned it on, a dazzling blue plasma blade instantly extended from the emitter. That moment was many people’s first sighting of the world-famous lightsaber. Luke used this lightsaber up through his famed duel with Darth Vader on Cloud City, where it was (temporarily) lost.

Obi-Wan Kenobi – Obi-Wan wore a blue lightsaber for virtually his entire life as a Jedi. He had a blue lightsaber when he started off as a young Padawan, and he held another blue lightsaber in his hand when, as a Jedi Knight, he was slain by Darth Vader on the Death Star. (Interesting trivia: As a Padawan, Obi-Wan briefly wielded an orange lightsaber, generated by a Kohlen crystal, during his mission to Pijal with Jedi Master Qui-Gon Jinn.)

Anakin Skywalker – Anakin owned a blue lightsaber during his days in the Jedi Order. Actually, Anakin had two of them—after his first saber was destroyed on Geonosis, he was forced to create a replacement. As is widely known, Anakin eventually turned to the dark side of the Force, and when he did, he brought his second blue lightsaber with him. He would use his saber to kill many Jedi in fulfillment of Order 66, marking a rare case where the blue lightsaber was wielded by a Sith. Anakin lost his blue lightsaber when he was defeated by Obi-Wan at the Duel on Mustafar. This, of course, was the same lightsaber that would eventually find its way into Luke Skywalker’s hands. Which brings us to…

Rey – Luke’s blue lightsaber was eventually inherited by Rey, who used it quite successfully before creating her distinctive yellow saber.

Other noted users of the blue lightsaber include Leia Organa, Kanan Jarrus, and Ezra Bridger (who utilized a saber-blaster hybrid with a blue blade).

Do All Jedi Carry Blue Lightsabers?

It’s important to understand that while every wielder of a blue lightsaber is a Jedi (allowing for uncommon exceptions of a temporary nature), not every Jedi carries a blue lightsaber. The Jedi can accommodate certain other colors as well. In general, a non-blue saber signifies that its owner has attained a high level of experience or seniority within the Jedi Order. Examples of this phenomenon include Luke Skywalker’s green-bladed second lightsaber, which replaced his father’s saber that was lost in his duel on Cloud City and symbolized a new phase in his career as a Jedi Knight. Also, Jedi Master Mace Windu was renowned for his amethyst-colored purple lightsaber.

However, it should not be assumed that a Jedi with a blue lightsaber is someone lacking in experience or achievement within the Order. All Jedi can wield the blue lightsaber; it is not merely an “entry-level” accessory.

Anyone interested in discussing lightsaber history and other topics relating to Star Wars is invited to visit SaberForum.com. Feel free to contact Ultrasabers with any questions you have about their custom lightsabers and related lightsaber accessories.