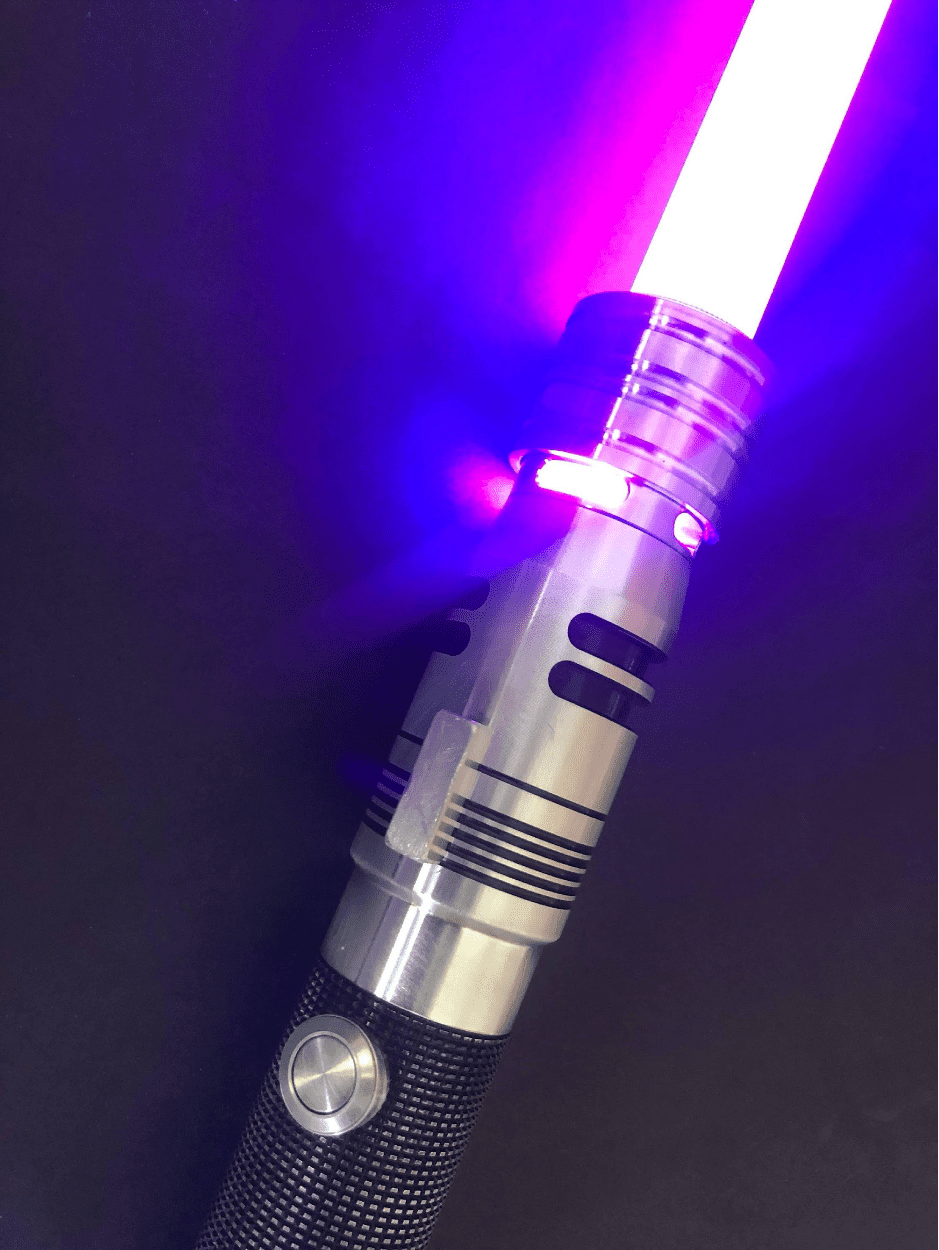 Mace Windu Lightsaber Form: Channeling the Darkness into a Weapon of Light

The last of the traditional lightsaber combat forms to gain official recognition, Form VII Juyo, is known as “the Ferocity Form” because it enables its practitioner to generate an extremely intense, even rage-filled attack on their opponent. That characteristic makes it remarkably effective on the battlefield—but also remarkably dangerous for Jedi practitioners, as the proper utilization of this form puts the user in close proximity to the dark side.

Due to this danger, the Jedi Council eventually banned Form VII. However, Mace Windu—the legendary Jedi Master who popularized purple lightsabers—made modifications to Form VII that aligned it with Jedi philosophy and earned the endorsement of the Council. Windu’s Jedi-approved variant of Form VII is known as Vaapad.

This is a unique episode in Star Wars history—none of the other seven lightsaber forms, or variants of them, can be credited mainly to the handiwork of a single individual—and as such it is worthy of a closer look.

When the Jedi Council banned Form VII, it did not do so strictly on theoretical grounds. The hazards of the form were more than just speculative—a number of Jedi who utilized Juyo had fallen to the dark side during the Order’s ongoing conflict with the Sith. The problem with Juyo was easy to recognize: The form required the practitioner to draw upon anger and other dark emotions to propel their attack. This went against the Jedi Code, which reads in part, “There is no passion, there is serenity.” Small wonder, then, that some Jedi ended up going over to the dark side after their dalliance with Juyo.

The abolition of Juyo caused another problem, though. Although the Jedi stopped using Juyo, the Sith did not. That meant the Sith had access to a formidable combat style denied to the Jedi.

Mace Windu recognized that Form VII held enormous potential that should not simply be dismissed, and he went about altering Juyo in a way that would allow it to be safely used by the Jedi—and against the Sith—without diminishing its power. He did this by developing a technique with which, exercising an enormous degree of self-control, he could draw upon his negative emotions while remaining in control of them.

In the heat of combat, Windu utilized Vaapad to help him command his passions, as opposed to letting them command him. Therefore, he was able to generate the overwhelming onslaught associated with Juyo without succumbing to the dark side. In this fashion, he turned the latent rage and darkness within him into a beneficent power in service to the light side.

Windu’s mastery of Vaapad and the aggressive tactics linked to this form served him well in his duels against adversaries like Mother Talzin and Prosset Dibs.

Although Windu was able to persuade the Jedi Council to authorize the use of Vaapad, he encountered difficulties when it came to teaching the new form to others. Much of that had to do with Windu’s own reluctance: He knew that Vaapad was dangerous to the practitioner, and so he selected his pupils carefully. Only a few Jedi ever received proper training in Vaapad from Windu.

The most notable of Windu’s students was Jedi Master Depa Billaba. Although she was widely recognized as an accomplished teacher of Form III Soresu, Billaba is not known to have ever passed down the secrets of Vaapad to another Jedi.

After Windu and Billaba perished in the Great Jedi Purge, Vaapad began falling into obscurity.

To learn more about Star Wars history, please visit Ultrasabers’ discussion board at SaberForum.com. Feel free to contact Ultrasabers with your questions pertaining to their battle-ready lightsabers and accessories.