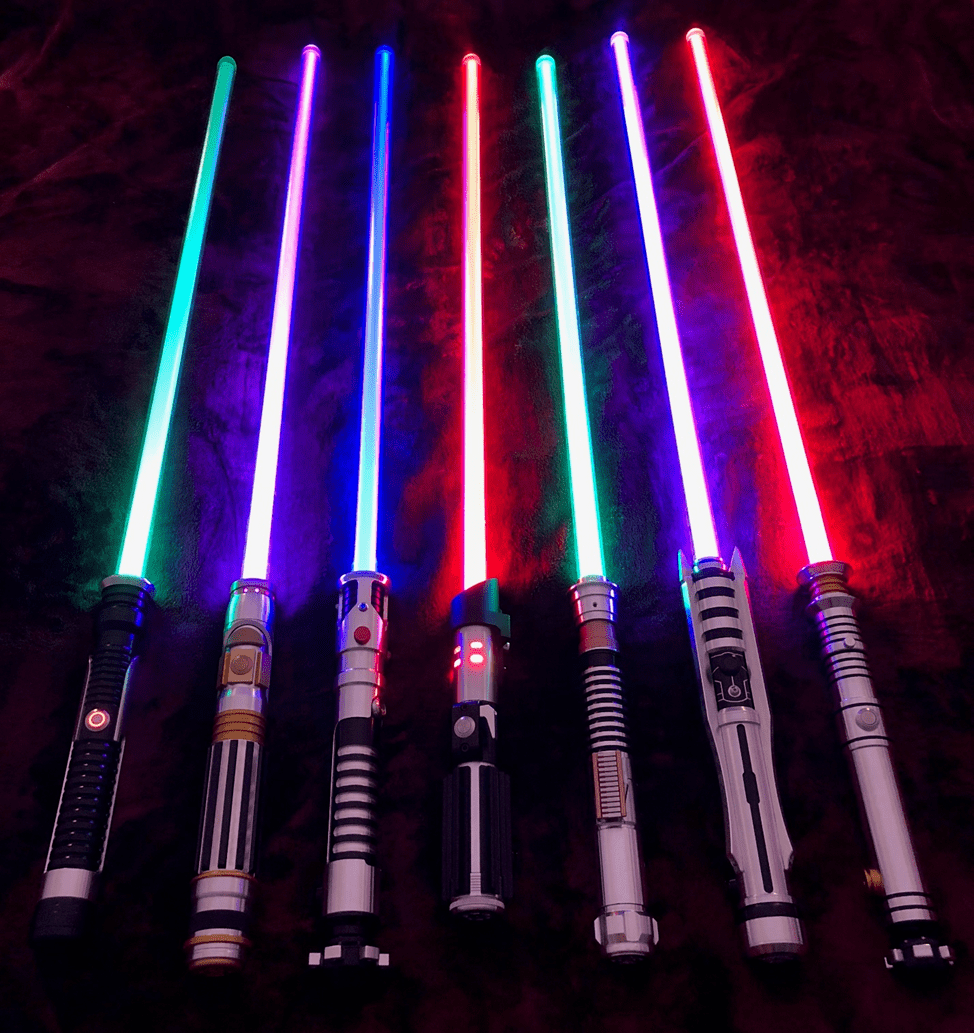 Purchasing your first lightsaber opens a whole range of exciting possibilities for you. Whether you selected one of our standard models or constructed your own by purchasing individual components to build your own lightsaber, it’s all yours, and everything from cosplay to customization awaits you.  For most new Ultrasaber owners, the next step is to begin learning about signature lightsaber movies and combat maneuvers.

If the idea of lightsaber combat conjures up images of two people haphazardly slapping each other’s sabers around, then you, Padawan, have much to learn, as this is a subject with more depth and branches of knowledge than you might suspect.  To get you started,  here we’ll focus on basic protection and defense lightsaber tactics and principles, which should give you a foundation for further study.

Soresu, the Way of the Mynock

As you may already know, Star Wars canon recognizes seven “forms” of lightsaber combat. These basic lightsaber forms were developed over many millennia, as various fighting styles arose through the ages to address the shortcomings of earlier styles, adapt to changing battle conditions, or accommodate the specialized combat needs of certain Jedi as they worked to reduce their vulnerabilities.

Of all the Star Wars fighting styles, the most defense-oriented is Soresu (Form III), also known as the Way of the Mynock or the Resilience Form. Its noteworthy practitioners include Obi-Wan Kenobi and Count Dooku. While older combat forms were indented for lightsaber duels and left their wielder vulnerable to long-range weaponry, Soresu (usually pronounced so-RAY-sue) was created to defend against the threat of blaster fire.

The primary goal of the Soresu practitioner is to protect themselves from harm, with offensive strikes and occasional attacks at their opponent(s) taking the back seat. By holding their lightsaber blade close to the body at all times, the fighter can be ready to defend against any kind of attack with minimal movement. The form’s movements and techniques therefore emphasize efficiency of movement; nonetheless, it demands a fairly high level of stamina from its practitioners, as their lack of offensive strikes frequently leads to drawn-out skirmishes. The Soresu fighter can and will attack when they see an opportunity, but maintaining a strong defense is always the principal aim.

What follows are some basic defensive lightsaber positions used by Soresu practitioners. They are intended to deflect blaster fire and/or an opponent’s lightsaber attack.

To become a master of Soresu you’ll need to learn more protection and defense lightsaber tactics than what we have outlined above, but this is a good start. To learn more about lightsaber combat, check out our official forum at SaberForum.com. You can always contact us with any questions you have about our combat ready lightsabers product inventory.