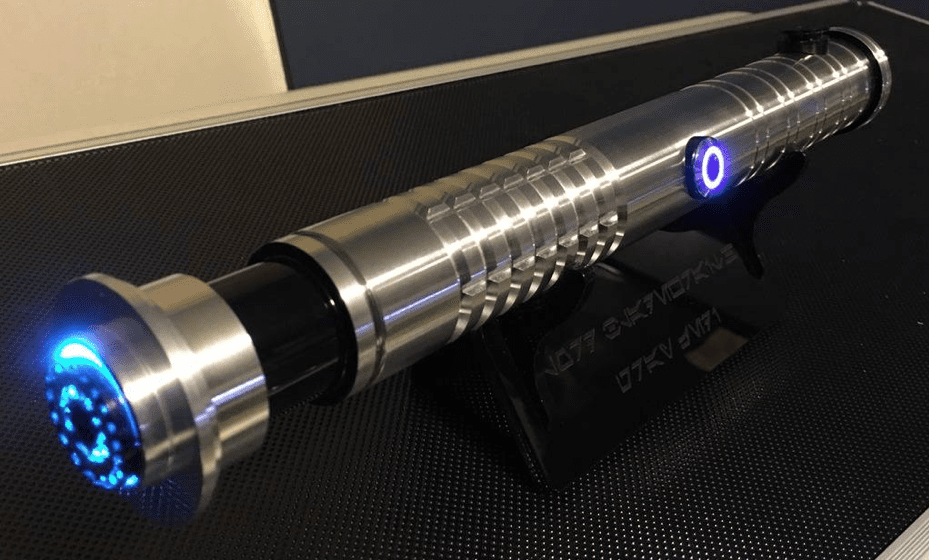 The History Behind the Lightsaber

If you’re reading this, it’s likely that you’re already a dedicated lightsaber aficionado with a reasonably firm grasp on the significance of the varied lightsaber colors, the capabilities and limitations of this famed weapon, and its stylistic variations and subtypes. Nonetheless, not everyone is conversant with the rich history of the lightsaber as it has been revealed to us in various legends and stories down the years. This is as good a time as any to take a dive into Star Wars history to answer a simple question: Where does the lightsaber come from?

Predecessors of the Lightsaber

As with so many cool inventions, the lightsaber did not always exist in the form that it is known for today. It is likely that there were various weapons, relatively primitive in design, that inspired the eventual development of the lightsaber—but these precursors remain largely clouded in mystery due to spotty historical records.

One of these early proto-lightsabers was a weapon known as the forcesaber, which was created and utilized by the Rakata thousands of years before the Republic. These weapons were constructed by the Force Hounds—Rakatan hunters in tune with the Force—and powered by a special crystal. They came in a variety of colors.

Forcesabers were crafted in multiple designs, some of them closely resembling the later lightsaber. What limited the influence of the forcesaber, though, was its association with the dark side. That meant members of the Je’daii Order (forebears of the Jedi) could not use the weapon without potentially becoming corrupted. But it’s clear that the basic idea of the forcesaber was attractive to the Je’daii Order.

It is also known that the members of the Rebel Alliance found a prototype lightsaber, possibly belonging to Darth Vader, in an Imperial Base during their mission to Mustafar.

Invention of the Lightsaber

The earliest lightsabers that can properly be called as such were designed by the Jedi, but were eventually taken up by the Sith and the Dark Jedi as well. Like later lightsabers, these weapons used a focusing crystal in the hilt to generate the blade. Unlike later lightsabers, they were reliant on a bulky external power pack, which was connected to the hilt with a cable. This naturally made the lightsabers somewhat unwieldy. These weapons saw action in the Hundred-Year Darkness and other conflicts during the Old Republic Era.

The Sith made technological improvements that gave rise to lightsaber designs that did not require a power pack. Wielders of the lightsaber now had much greater freedom of movement during battle. The new and improved Sith lightsaber first appeared during the Great Hyperspace War, and the design was soon adopted by the Jedi.

It goes without saying that lightsaber history does not end here, as many innovations were made later. We will probably see many new types of lightsabers as the Star Wars universe continues to be revealed to us. For more information on lightsaber mythology and history, we invite you to explore SaberForum.com. You can also visit UltraSabers for high-quality lightsabers you will be proud to add to your collection.