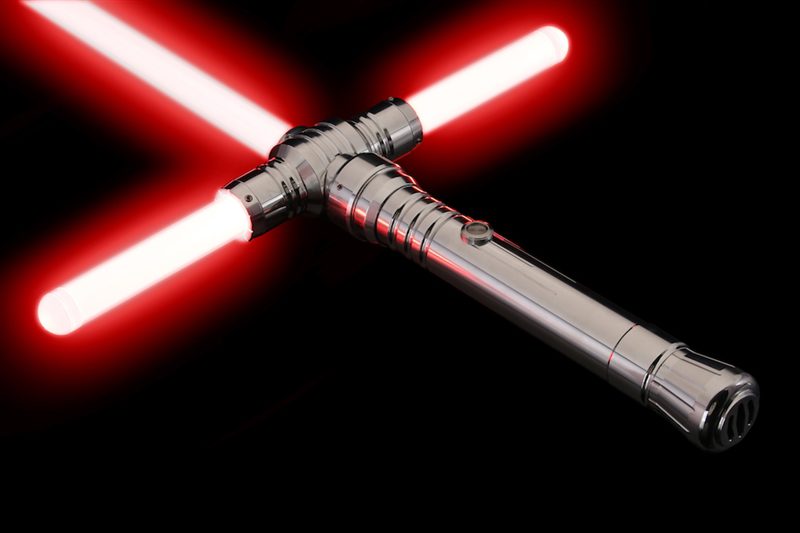 Red Lightsabers: The (new) Origin of the Sith’s Crimson Blades

Remember someone first asked you “Why are Sith lightsabers always red?” and then you spent hours explaining who Haazen was, and geological compressors and the traditional rite of passage Sith took to forge their own synthetic crystal because they would create a more superior lightsaber? Well, we’re done with all that.

Depending on who you ask, the dawn of Star Wars: The Force Awakens was either the death or the resurrection of the timeless saga. Its arrival was announced with the obliteration of all existing Star Wars lore and canon told through countless comics, books, games, and even collectibles or games. As movies and books are being released, the familiar facts and legends of the galaxy far, far away are being rewritten and replaced by new stories and truths, now including the controversial topic of the origin of the red lightsabers notoriously wielded by the Sith.

The latest changes in Star Was canon have replaced the time-honored ritual of the Sith’s deadly rite of passage in forging the crystals found within their saber, with a new tale of death and deceit. E.K. Johnston’s book “Ashoka” is the latest in the Star Wars story lineup, and follows Anakin Skywalker’s apprentice who was first introduced in Disney’s animated Star Wars: The Clone Wars TV show, and describes the “true” process in which Sith sabers turn their unmistakable red color.

According to Ashoka, Kyber Crystals are Force-sensitive and will reveal themselves to the Jedi Master they choose when it is their time. Because the Sith do not share in this connection, the only way for one to obtain a Kyber crystal is through theft or the defeat of its Jedi counterpart. Once imbued with the Dark Side of the Force, Kyber Crystals will bleed, turning their furious red color.

The Chosen One from UltraSabers.com

The book’s final reveal for the crystals is that in the event that of a Kyber Crystal being restored to the Jedi Order and the path of the Light Side of the Force, it’s color will turn white. Which has sent the Star Wars Fandom into endless debate and controversy as to where the legendary purple blade of Mace Windu falls in the spectrum…