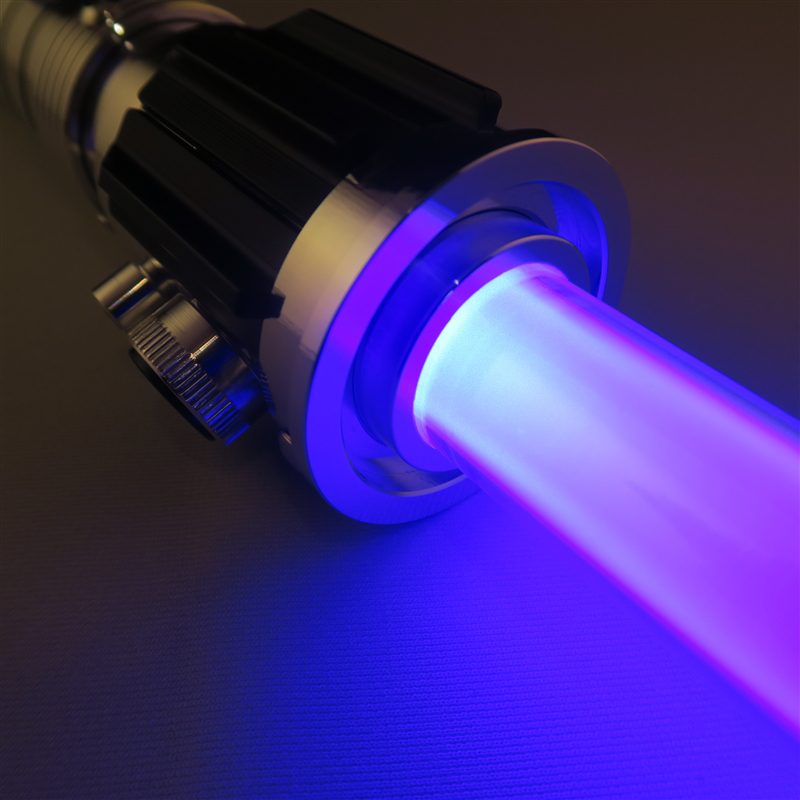 You might talk a big game, but does your saber?

Our Obsidian Soundboards were made to give your lightsaber the loudest and most true to life sounds available anywhere and really bring your saber to life.  So it is important to make sure that you equip it with a soundfont that is going to rally your allies and crumble the hopes of your enemies.

The Obsidian v3 and v4 Soundboards have set the industry standard for custom lightsaber sounds, and through the assistance of our Obsidian launcher, you can fine tune the sound profile of your saber perfectly with hundreds of options here.

But how do you create the perfect lightsaber sounds of battle?  How will you choose your soundfont?

As we all know, there is a considerable difference in the construction of a Sith’s Lightsaber VS that of the Jedi Knights. The Sith were the first to wield the plasma blade, and synthesize the crystals used in its chamber. Because of their loyalty to tradition, the Sith have continued to synthesize their crystals, often making them much more unstable than the refined blades of the Jedi. The energy of the blade crackles giving the idle hum a more menacing and electric sound.

Because of the instability of the crystal and its energy, the hum and swinging sounds of the Sith’s lightsabers tended to be a deeper, almost darker sound, making it the perfect dark soundfont. The saber to saber clashes almost resembled the sound of a downed power line or sparking wires, and added a truly terrifying element to the battle when paired to a Sith’s clawed emitter and traditional crimson blade.

Fans of the UltraSabers Renegade, Raven, Malice, and Menace will equip their lightsabers with the darkest sound fonts available and we’ve collected some of our favorites for you.
Our traditional Sith soundfont as well as The Stygian General font package, The Ancient Saber, and most popularly, the Episode IV SoundFonts, which are all a part of the NovaStar Package are all available, all free for you to download and upload to your Obsidian v3 or v4 sabers.

The blades of early sabers used by the Jedi Knights were much more stable as they were powered by a belt-mounted power supply, but came with several shortcomings such as a quickly drained and limited power supply, and a tether to the power pack. Eventually, the Jedi would adopt the Sith-advanced technology of the Superconductor, allowing them to discard the old “battery” technology. Due to the seizing of the vast majority of crystal mines by the Empire, the Jedi eventually constructed their lightsabers with natural crystals mined from Illum. The natural crystals generated a more stable, but often less powerful blade than those of the Sith.

The blades of a Jedi Knight idly hummed with a stable, noble, unwavering buzz. There were no cracks of electricity or lightsaber clashing sounds until blades met in combat, and the swing was solid, accenting the fight, almost giving it a dialog. The ignition sound of a Jedi’s blade was a fluid crisp electric sound that announced the start of a battle.

Fans wielding the Bellicose, the Guardian, the Archon, and the Consular, equip their sabers with crisp and elegant sound profiles, and we’ve collected the most popular here as well! Yoda, found within the NovaStar Package, Old Republic Jedi Soundfont, and our favorite: the classic Obsidian Soundfont that comes equipped on every Obsidian Soundboard we dispatch.

Think you’re ready for battle? Well you better make sure your lightsaber is playing your song when it’s time to clash! Download the mentioned soundfonts, and the Obsidian Driver right here , where it will always be free.